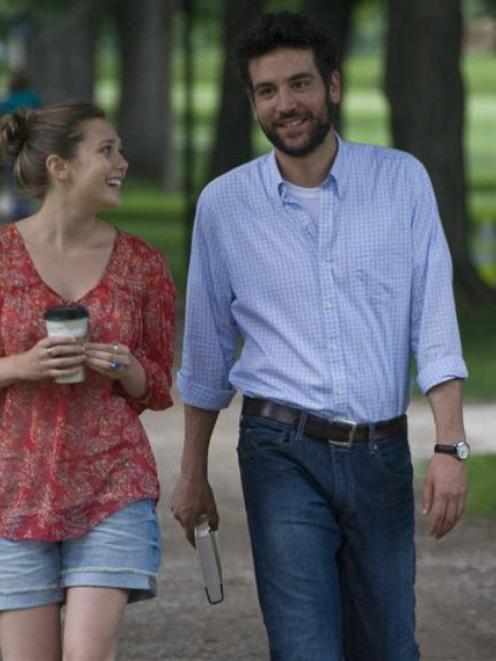 As a vehicle for writer, director and actor Josh Radnor to wallow in his memories of college life, Liberal Arts is fine. As an enthralling piece of cinema, not so much.

Radnor casts himself as Jesse Fisher, a 35-year-old admissions clerk stumbling through life in New York, but Liberal Arts will have little resonance with anyone who hasn't set foot near a university.

After a chance invitation from his ''second'' favourite professor to attend a retirement party at his old Ohio campus, it's pretty inevitable (given a recent relationship break-up) that a future romance might be on the cards.

That's where Zibby (Elizabeth Olsen), a precocious 19-year-old arts student, steps in. Backing up from her inspired performance as a cult survivor in Martha, Marcy, May, Marlene, Olsen plays the know-it-all arts student pretty well, but she never really gets a chance to stretch out.

Richard Jenkins, as retiring academic Peter Holberg, has his moments, but this is Radnor's film and after a successful career propping up television sitcoms, he seems determined to perfect an American version of Hugh Grant.

There are a couple of nicely choreographed moments, but the real gem amid the touchy-feely drivel is Allison Janney's cameo as Prof Fairfield. Appearing all too briefly, Fairfield's casual contempt for Fisher is exactly the kick-start the film needs, but like Jenkins' character, it seems like more of an afterthought.

Worst thing: How many lingering close-ups on Elizabeth Olsen's eyes do we need?

See it with: Memories of a time when you pretentiously debated the merits of postmodern literature.