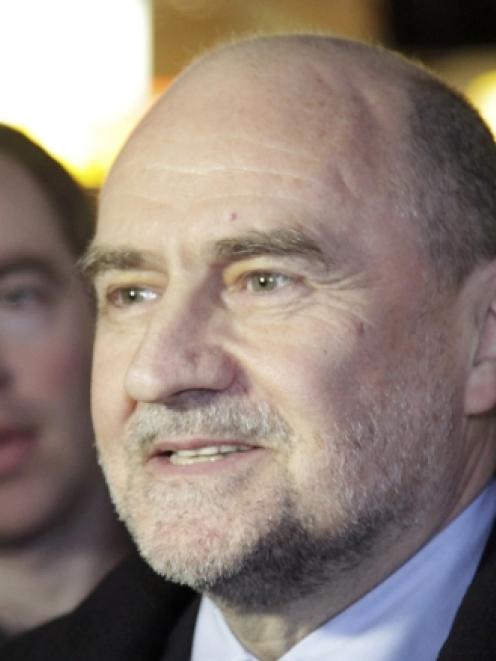 Herman Nackaerts, head of a delegation of the International Atomic Energy Agency (IAEA), talks to journalists on his way to Iran. REUTERS/Herwig Prammer
Iran has stopped selling crude to British and French companies, the oil ministry said, in a retaliatory measure against fresh EU sanctions on the Islamic state's lifeblood, oil.

"Exporting crude to British and French companies has been stopped ... we will sell our oil to new customers," spokesman Alireza Nikzad was quoted as saying by the ministry of petroleum website.

The European Union in January decided to stop importing crude from Iran from July 1 over its disputed nuclear programme, which the West says is aimed at building bombs. Iran denies this.

Iran's oil minister said on February 4 that the Islamic state would cut its oil exports to "some" European countries.

The European Commission said last week that the bloc would not be short of oil if Iran stopped crude exports, as they have enough in stock to meet their needs for around 120 days.

Industry sources told Reuters on Feb. 16 that Iran's top oil buyers in Europe were making substantial cuts in supply months in advance of European Union sanctions, reducing flows to the continent in March by more than a third - or over 300,000 barrels daily.

Among European nations, debt-ridden Greece is most exposed to Iranian oil disruption.

Motor Oil Hellas of Greece was thought to have cut out Iranian crude altogether and compatriot Hellenic Petroleum along with Spain's Cepsa and Repsol were curbing imports from Iran.

By the start of this year imports had sunk to about 650,000 bpd as some customers cut back in anticipation of an EU ban.

Saudi Arabia says it is prepared to supply extra oil either by topping up existing term contracts or by making rare spot market sales. Iran has criticised Riyadh for the offer.

Iran said the cut will have no impact on its crude sales, warning that any sanctions on its oil will raise international crude prices.

Brent crude oil prices were up $1 a barrel to $118.35 shortly after Iran's state media announced last week that Tehran had cut oil exports to six European states. The report was denied shortly afterwards by Iranian officials.

"We have our own customers ... The replacements for these companies have been considered by Iran," Nikzad said.

EU's new sanctions includes a range of extra restrictions on Iran that went well beyond U.N. sanctions agreed last month and included a ban on dealing with Iranian banks and insurance companies and steps to prevent investment in Tehran's lucrative oil and gas sector, including refining.

The mounting sanctions are aimed at putting financial pressure on the world's fifth largest crude oil exporter, which has little refining capacity and has to import about 40 percent of its gasoline needs for its domestic consumption.