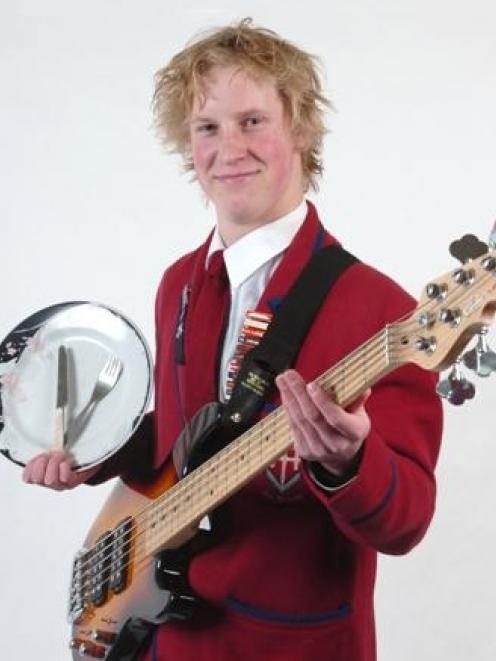 Nicholas Swindells
The recipe for success is all in the dessert, according to Kavanagh College cultural prefect Nick Swindells.

The 17-year-old has aspirations of owning his own restaurant and hopes his culinary skills will one day help him to reach his goal.

"The dessert is the sweet thing that everyone remembers. If you've got that mastered, you're on your way."

Although Nick has enjoyed cooking for as long as he can remember, the idea of becoming a chef is a recent development.

"I just love it. It's the experimenting - I like how one ingredient can change the whole flavour of a dish. Making something that brings other people pleasure is rewarding."

Outside the kitchen, Nick is a singer in the school choir and a trombonist in the school jazz band, orchestra, symphonic band, wind sinfonia and the Kaikorai Metropolitan Brass Band.

He has also been a finalist in the Otago Rockquest playing bass guitar for the past two years.

In his spare time, he is an award-winning film maker. Last year he won the 2007 OUSA Mothra best presenter award for his documentary Me, Myself and Bebo.

However, he has no plans to mix his movie talents with his cooking skills to become the next Gordon Ramsay.

Nick says his greatest challenge this year has been deciding which passion to turn into a career.

"I wanted to do anything and everything. The challenge was to work out where I wanted to be in 10 years time. Cheffing bubbled to the top."

Hopes for the future: Become a chef and own his own restaurant.