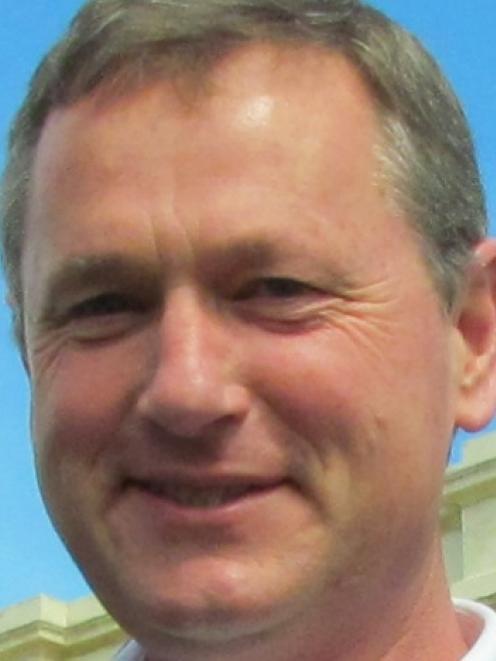 After the decision by two-term mayor Alex Familton not to seek re-election this year, the seven-candidate race for the mayoral chains ended up a close competition between two former deputy mayors, Mr Kircher and sitting councillor Jim Hopkins the two best-supported candidates.

Although Cr Hopkins comfortably retained his seat as Oamaru ward councillor with the most votes for council, Mr Kircher, who was deputy mayor between 2007 and 2010, won the mayoral race with 3163 votes. Mr Hopkins received 2759 votes.

The 50-year-old businessman and work broker said although the winning margin was ''reasonably close'', with seven candidates splitting the votes, he was ''pretty happy'' with it.

''The potential for a closer vote was always there.''

Although the presence of seven candidates meant the votes were split, there were ''certainly plenty of options'' for voters, he said.

He had spoken to ''a heck of a lot'' of people during the election campaign, and believed his track record as councillor for nine years until 2010 was a major factor in his victory, he said.

''The campaign was the sum of a whole lot of parts, and I'm very proud that I have a lot of very passionate supporters who were willing to go and argue my case.

''I will be working hard for those that supported me in what I do and what they want me to do and for those that didn't vote for me to show that I am here to do the best for the district.''

The first order of business would be to talk with councillors to ensure there was a ''united team'' that could deliver positive outcomes for the district, he said.

With fewer than 400 votes left to be counted, as of yesterday Mr Hopkins, who had acted as Mr Familton's deputy mayor for the past three years, conceded defeat.

However, he could take ''some consolation'' in the fact that no-one else had garnered as many votes for council, he said.

''I have the highest vote of anyone who stood in the whole district, but for the council, not the mayoralty.''

Mayoral candidate Helen Stead was the only sitting councillor standing for re-election not to be returned. Crs Hugh Perkins, Sally Hope, Peter Garvan and Kathy Dennison will all return for another three years.