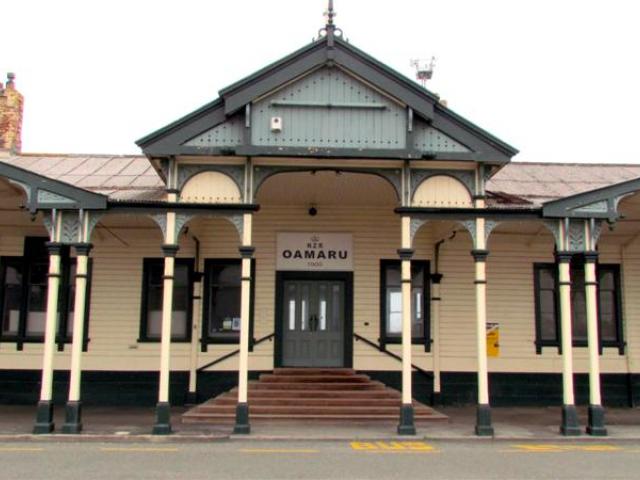 An Oamaru-based heritage group could net almost a quarter of a million dollars if a new owner can be found for the 114-year-old Oamaru Railway Station.
A new search and rescue base in Twizel is already proving its worth, even before the paint has dried on the community-funded $100,000 building.
After more than three decades of helping out in the community, a Kurow charity has folded.

A year after hitting the highest score in half a century of South Island primary school cricket, Waitaki Boys' High School pupil Llewellyn Johnson (14) has his eye on helping his school to a long-awaited team achievement.

Just a week after attaining one of the top honours in the whisky world, the New Zealand Whisky Company is planning to ensure a rosy future for both its Oamaru-based premises and its Dunedin-made product.

About half a tonne of cheese from an Oamaru factory is being recalled because of a listeria scare.
The organisers of a North Otago music festival say they hope proceeds from the event will help fill the bellies of Oamaru families struggling to put food on the table.

Just a year after drag racing returned to Oamaru after more than a decade, the town is gaining a growing reputation among South Island hot-rodders as the place to be.

Following the recent appearance of Mars in the night sky, stargazers in the Mackenzie Basin are in a prime position to get a clear view of a rare triumvirate of celestial bodies.

Over half a million dollars more than expected could be invested back in the Waitaki district, a new report says.

South Island councils are expected to offer a ''united front'' in opposing new Government building regulations that could cost councils billions of dollars to implement.

Patient costs for Oamaru residents needing CT scans could be reduced if the Southern District Health Board passes on more work to regional hospitals, a report from the Waitaki District Health Services (WDHS) says.

A third of the money needed to build a $15 million retirement village in Oamaru could be funded from council savings.

Oamaru firefighters believe they may have saved several vehicles and equipment worth ''hundreds of thousands of dollars'', after they turned out to a fire at a heavy goods yard workshop yesterday to find ''black, black smoke'' billowing from ''everywhere''.

Energy company Meridian yesterday confirmed it was in the final stages of selling almost 900ha of farmland originally earmarked for use in the controversial Project Aqua hydroelectricity scheme in Waitaki, netting the company tens of millions of dollars.

A week of celebrations to mark the 100-year-old link between the people of Oamaru and the Pukeuri meat processing plant began on Friday with a centennial reunion for past and present employees.