Planets aligning in our skies 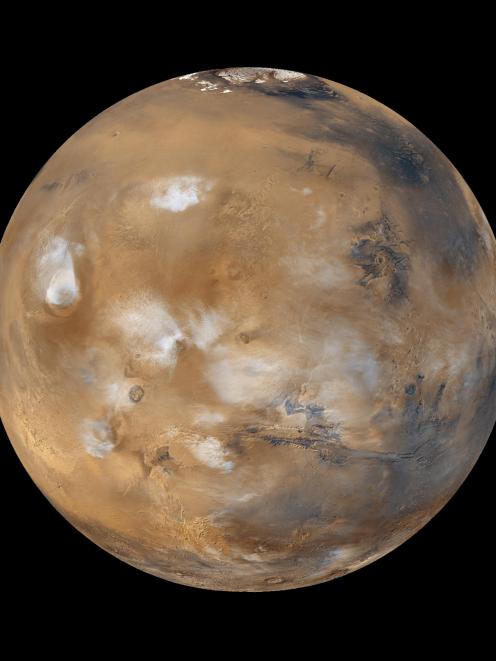 Computer generated view of Mars. Photo by Wikimedia Commons.
Following the recent appearance of Mars in the night sky, stargazers in the Mackenzie Basin are in a prime position to get a clear view of a rare triumvirate of celestial bodies.

Two years ago, a 4140sq km area comprising Aoraki/Mt Cook National Park and the Mackenzie Basin was designated the world's fourth International Dark Sky Reserve, due to the clarity of the night sky.

Chris Monson, chief astronomer of Earth and Sky, which operates tours of the Mt John Observatory, said the arrival of Mars in the night sky meant that three planets could now be seen from the observatory, which overlooks Lake Tekapo.

Mr Monson said there had been a renewed interest in the red planet, which could be seen from about 10pm onwards, in what was a ''crowded'' night sky.

''Certainly, at the moment, it is visible within the constellation of Virgo.

At the moment, it is about 220 million kilometres away from us.

''It is an interesting one. It certainly captures the imagination of the public. Certainly, within the next month or so, it should be getting a little higher, earlier in the sky. It should be visible on the horizon in about a month, from about 7.40pm.''

However, the planet was ''overshadowed'' by Jupiter and Saturn, both of which could also be seen ''either side'' of Mars in the night sky, he said.

''There are quite a few other really enticing aspects for the public. You can actually see three planets - you have Jupiter on the left of the horizon, you have Mars and then you have Saturn.''

Mars should remain visible until August or September, he said.