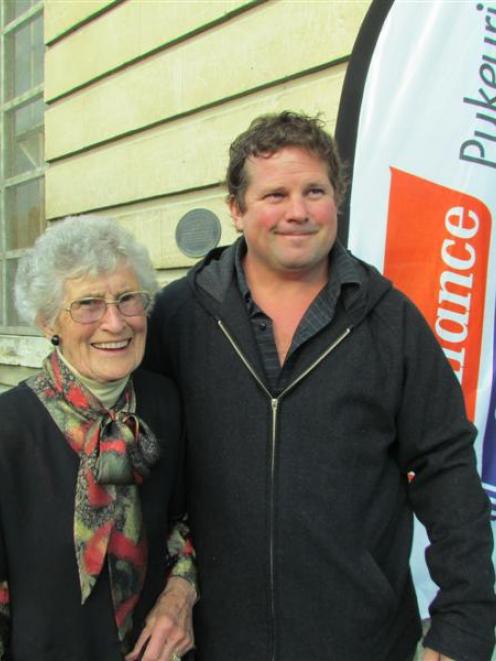 Joyce McDougall (90) started work at the plant in 1951, and was one of the first women to be employed. She said Friday's ''meet and greet'', in Oamaru, had been a chance to catch up with past colleagues.

''I just wanted to come and see how they have all weathered.''

But with her grandson, son and son-in-law all employed at the plant, her own connection with the factory continued.

''That's four generations of us that have been out there now.''

Plant manager Geoff Proctor said more than 200 people turned out for a meet and greet in Oamaru on Friday evening, and although most people were from Oamaru a ''fair few'' people came from out of town.

He said although the plant's official birthday would be on Wednesday, there would be a full week of celebrations, which would include the launch of a book detailing the history of the plant.

Waitaki MP Jacqui Dean said the plant, owned by Southland-based Alliance Group, employed more than 900 staff and had a long-standing connection to local people. It had contributed ''significantly'' to the local economy.

''The plant is the largest employer in the North Otago area, playing an important role in the community and in the economy of the region.

''Pukeuri is now Alliance's second-largest processing facility and it's a credit to the Alliance Group and the plant's management that it has endured for a century.

''In celebrating 100 years, it's a good time to acknowledge the past, congratulate the staff of today and look to a positive future for the red meat industry.''