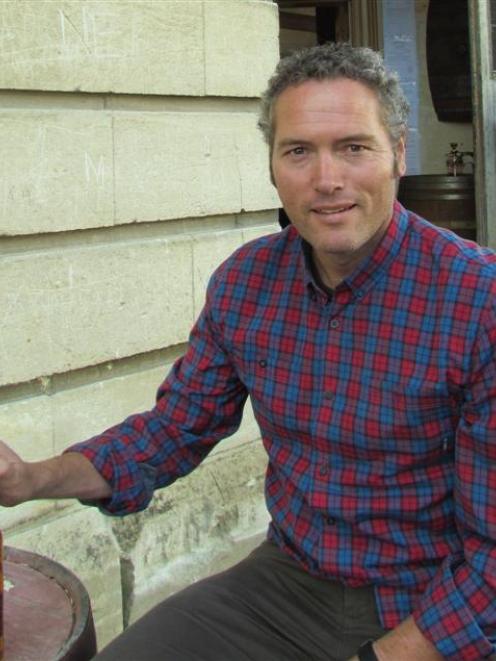 At the end of last month, one of the company's whisky brands attained a rare Liquid Gold status in the latest edition of Jim Murray's Whisky Bible, published in London.

Although about 400 barrels of whisky made at the former Willowbank Distillery in Dunedin have been maturing at an Oamaru maturation store in Oamaru for the past seven years, the company wants to ensure the brew endures into the future.

As part of that strategy, the company moved its operations manager position from its head office in Hobart to Oamaru.

The company's new Oamaru-based operations manager, Grant Finn, told the Otago Daily Times the latest award, which named the company's South Island Single Malt as one of the world's best, should be ''a source of pride'' for both Oamaru and the wider region.

He said as sales continued to increase due to international recognition, the company's main goal was now to begin production of whisky.

''The intention is we go into production as soon as possible, either ourselves or through a third party. Our stock is selling down daily.

''We need to get into production in the short-term to ensure we have some longevity and we don't sell the brand out, to make sure we are an enduring label.''

Possible brewing partners had been identified in Oamaru, Christchurch and Nelson, but no decision had been made at this stage.

''It's just a case of working through that and finding out what suits us best.''

Mr Finn, a former Queenstown planning consultant, said his main role would be to concentrate on finance, administration, legal and compliance systems, so that Oamaru-based sales staff could concentrate on existing export orders to Australia, France, Poland, Russia and the United States, as well as selling products out of Oamaru and the Otago Farmers Market in Dunedin.

''We have fantastic, hardworking and knowledgeable staff here. The intention is to unlock other staff, so they can do what they do best.

''We will be bringing all our finance, book-keeping and advertising all into Oamaru and also Dunedin, to make this go forward by centralising operations in New Zealand rather than have that currently in Hobart.''