Labour bastions may hold key for Dean in new electorate 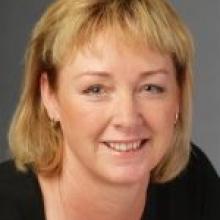 Jacqui Dean
Twizel and Waimate could be the key to how National Party MP Jacqui Dean will fare in the Waitaki electorate.

However, what may be in Mrs Dean's favour is her Labour Party opponent, list MP and Cabinet minister David Parker.

Some voters may opt for a bob each way, putting Mrs Dean into a possible National government as an electorate MP, in the knowledge Mr Parker has a high enough listing to make it into a Labour government.

New Zealand First and United Future are not putting up candidates in the Waitaki electorate, the only two of the parties represented in Parliament not to do so.

In her first three years, Mrs Dean has been a hard-working MP with regular clinics throughout the third-largest (geographically) electorate in New Zealand, with a voting population (over 18 years) of about 47,000.

Mrs Dean has retained a high profile, often turning up at events where people would not normally expect to see an MP.

The electorate contains a mixture of rural and urban areas, some of which are home to low-income earners who have benefited from Labour's policies over the past six years.

Last election, there were some meaty local issues, although one which hardly raised eyebrows in Wellington - Prime Minister Helen Clark's high-speed motorcade from Waimate to Christchurch - strongly influenced voting in South Canterbury.

Others included closures of schools in South Canterbury, future use of water from the Waitaki River and farming incomes.

Since then, many of those have been resolved and rural economies are booming on the back of dairying, although meat and wool industries remain depressed. It is more likely that issues of concern to the nation will influence voting.

The electorate's populations of elderly and young are higher than the national average, meaning health, education and crime are concerns.

A conservative streak is reflected in comments about politicians' behaviour, along with hints of the "nanny state".

Lower-income families have been assisted by Labour's working for families policy, but the recent global economic crisis will have some voters nervous, particularly those who may have been thinking that, after nine years, it is time for a change.

In the 2005 election, Mrs Dean beat Mr Parker by 1725 votes on election night to win the former Otago electorate.

The boundaries of Otago have been moved north to form the new Waitaki electorate. That shift puts the southern area of the former Aoraki electorate, excluding Timaru and Temuka, into the Otago seat.

But that was an aberration last election because Waimate township has always been a Labour stronghold - after all, former prime minister Norman Kirk is buried there.

In 2005, Mr Sutton acknowledged he received a backlash against the motorcade that sped Helen Clark to Christchurch to catch a plane to a rugby test in Wellington. Disquiet over school amalgamations also kindled a knock-back.

For a better look at how Waimate usually votes, you have to go back to 2002. Then, Mr Sutton recorded 1311 votes, compared with the National candidate's 471.

Geraldine has been added, last election contributing 1723 votes to Mrs Goodhew and 743 to Mr Sutton, so National gains in that town for the new Aoraki electorate.

Offsetting any influence the additional Labour areas may have to the outcome this election is the strong showing, so far, by National in the polls. If that translates into more votes for Mrs Dean, then Aoraki will go her way.

Oamaru as the biggest urban area - with 11 polling booths last election - contributes the biggest vote, more than 6200 in 2005.

It has a strong Labour Party influence in its north end. Last election Mr Parker collected 3435 votes on election night from the Oamaru polling booths, compared with Mrs Dean's 2366.