Victims to seek funds from Govt

Families who had their life savings stolen by Dunedin financial adviser Barry Kloogh plan to appeal to the Government to pay back the millions of dollars taken from them.

Kloogh, who plundered an estimated $15million from about 170 clients, was sentenced to eight years and 10 months in prison, after pleading guilty to 11 charges in the Dunedin District Court last year.

The last liquidator’s report into Kloogh’s insolvent companies said there was little money available to repay investors, who had been promised their money was going into main street banks or investment funds.

Instead, the money was stolen by Kloogh as part of a Ponzi scheme he had run for many years.

Lawyer Geoff Mirkin, who is part of a professional group which has advised Kloogh’s victims at no charge, said the Government had failed to put proper safeguards in place to protect investors, despite having claimed it was going to do so in several discussion documents concerning law reform of the financial advice sector.

"The Government has let down this group of people," he said.

"The Government should write out a cheque."

The ACC system protected people who had had an accident or who had been the victim of violent crime, consumer law protected the buyers of shoddy products, and the Government planned to introduce a bank deposit guarantee scheme, Mr Mirkin said.

However, customers of a financial adviser accredited under government-ordered regulations, as Kloogh was, had no legal protection.

"We are two years down the track.

"We still don’t know whether any third parties are liable for regulatory breaches, and so who then takes responsibility?

"It has to be the Government."

In 2010, the Government paid $1.775billion to take control of failed moneylender South Canterbury Finance and pay back its investors and debenture holders.

Mr Mirkin said although it was debatable legally whether the Government had to act similarly to recompense Kloogh’s clients, they had been the victims of plain theft rather than failed investments.

"There are certainly moral grounds to act ...

"I think that Prime Minister Jacinda Ardern is a very ethical, highly moral person, and I don’t think she needs to look for legal grounds."

Yesterday was the second anniversary of the death of Chris Churcher, who, when he was gravely ill, was promised by Kloogh that his family would be looked after.

Four days later, Kloogh was raided by police and the Serious Fraud Office.

Mr Churcher’s wife, Karyn Churcher, said she continued to tell the story of how her family had about $700,000 taken from them as a warning to others, and also to lobby for changes to the financial advice regime.

"If nothing changes, if we can’t have positive change, then what’s the point in telling my story and making other people aware of it?" she said.

"I have to keep hope that there is actually some accountability somewhere along the way," Mrs Churcher said.

Both Mr Mirkin and Mrs Churcher want to see a fidelity fund and an audit regime introduced for financial advisers.

"The Government has promised changes since the South Canterbury Finance collapse in 2010 and the David Ross Ponzi," she said.

"If these changes had happened, our family would not be in this position."

A spokesman for Ms Ardern said she would not respond until after she had heard from the affected investors. 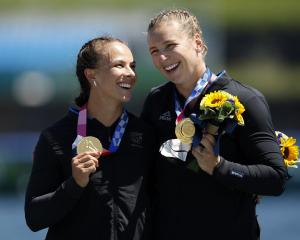 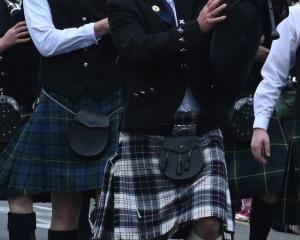 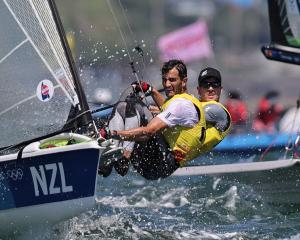 Just when are we going to take responibility for our own actions? Did these people do 'due diligence"? Just because the government has supported so many of us during COVID there now seems a mentality embedded that it should compensate us for all our mistakes and woes. I am sorry these people have suffered but the old saying that if something is too good to be true then it is should be taken seriously.

I agree with you that the government shouldn't be expected to pay for the investors losses, as tough as that is for them.

I disagree with you about your "if it's too good to be true" argument though. This wasn't the case. Kloogh was a professional financial advisor providing an investment service like many other such advisors. This wasn't a "get rich quick" scheme. He wasn't promising the moon, but rather the normal investment services you would expect . What investors were buying into was a reasonable expectation that things would happen as expected (there is always some risk with invesments). What they received was the opposite due to Kloogh's dishonesty.

The investors are not to blame here, Kloogh is.

Agree. The government can put rules and mandatory fidelity fund but it is not for the government, taxpayers, to pay for everything that goes wrong in a person's life, a leaking home, electricity, food, return on savings, housing, failing businesses such as South Canterbury Finance and AMI. It is simply bankrupting the lives of working NZers and the nation. Responsibility has to reappear in the equation.

To expand on this a little, it's not for taxpayers to support Superannuation going to wealthy people.

To expand your expansion further - if a political party is going to choose to dismantle universal superannuation - then they need to take the policy to the polls and state it BEFORE an election. And then suffer the fallout.