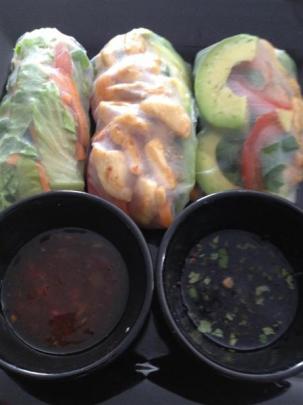 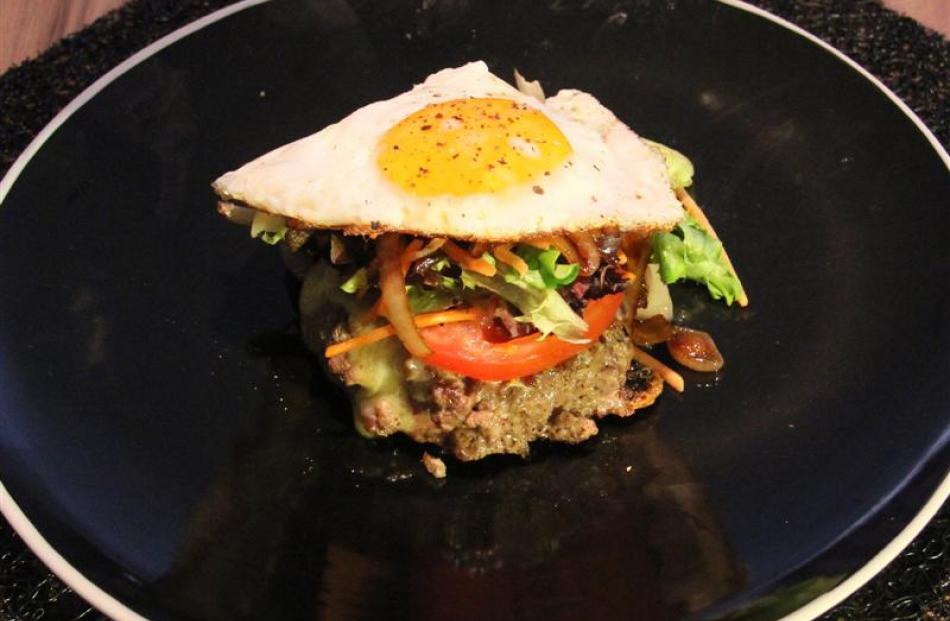 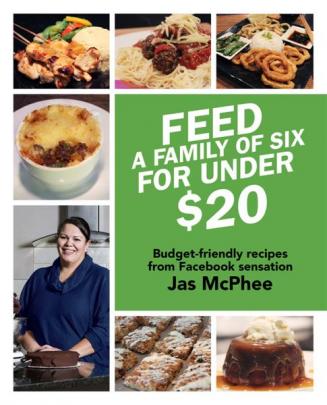 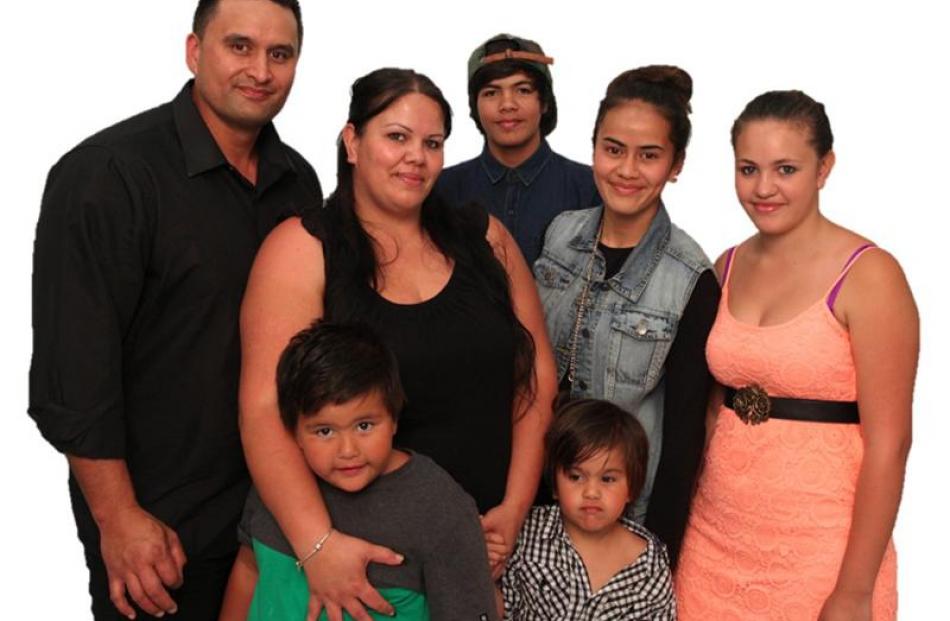 Aiming to encourage families to cook and eat together, Jas McPhee has attracted more than 66,000 followers to her Facebook page. Now she has written a cookbook. Charmian Smith reports.

''I thought 'oh man, I'd love these kids to try a home-cooked meal that was so much better for them, with vegetables and more nutritional value','' the 35-year-old South Auckland mother said.

That night, for less than $20, she made a lamb curry with roti bread, which her five children loved, and she decided to put it on Facebook and see if she could help a few mums.

Each day after that she posted a recipe for what she was feeding her family and in the year since, her page, ''How to feed a family of 6 for under $20'', has taken off, with around 66,000 followers.

And her book, Feed a Family of Six for under $20 (Penguin), which has more than 80 of her recipes will be in shops from Friday .

She knows the challenge of feeding a family on a tight budget.

A few years ago, when husband Vance was made redundant and they had a new baby, she learnt the importance of menu planning and hunting for grocery bargains, but she also has a passion for cooking.

She grew up in a family that liked cooking, and, being the eldest, she often cooked for her younger siblings.

Then, as a young mother, she was soon cooking for her own daughter and then her own family.

''It's a passion so it wasn't so much for me a chore, though it was a necessity being a young mother, and I've enjoyed it ever since.''

Her oldest daughter sometimes cooks if her parents are out; the two teenagers can cook but consider it a chore and ''if Mum is doing it why should they''; the two small children love helping in the kitchen and have safety knives that cut vegetables but not skin, so she does not need to worry about them cutting themselves, she said.

Even though she prefers to make things from scratch, followers of her page sometimes tell her it is quicker and easier to use tins of sauces or sachets of flavouring.

''I encourage people to try and make things from scratch, but we have a lot of people on my page who aren't up to that or are too busy.

"If only the family are getting some good food into them, then it doesn't really matter if you make it from scratch or you buy a sachet,'' she said.

''I try and encourage people to use what they've got and not freak out too much if they don't have one specific thing in the cupboard.''

So she does not specify a particular type or brand of, say, rice so people do not stress or feel they have to go out and buy some, but can just use what they have in their pantry.

''I'm trying to give them the basic tools and when they get more confident in the kitchen, they can mix and match.''

People have also asked for vegetarian and gluten-free recipes, and she plans to include some on her page.

''I was brought up eating meat, potato and vege, so it's about educating myself, too. It's a good learning curve for me as well. Meat is very expensive and you don't need to have meat in every meal,'' she said.

''I'm not trying to preach. People have other opinions and they might say 'that's not that healthy' or 'we don't think this looks that good'.

"I'm open to feedback and I'm teachable, too. I say 'thank you for that. I'll try it that way next time'. We are a community and we all give and take from the page.''

Her page followers, which she calls her ''feeding the family family'', includes people trying to make ends meet and many who just do not know what to cook, she says.

''I think people like being told what to do and they like it instant and some of them don't have time to Google. Sometimes I think it's right here at the click of a button but I guess if two people are working and children have sports and stuff, they can go to one place and it's all there. It must be convenient for them.''

She thinks the secret of her success is ''just being herself''.

''A few times earlier on my husband never got paid so I said `sorry there's nothing flash I can put up. My husband hasn't been paid, we've got bread and cheese in the cupboard and that's what I'm giving my kids - we're having toasties tonight'.

''I think I've built up trust with people being honest and trying to answer their questions. I say what we're having or how I'm feeling and a lot of mothers and families can relate to me,'' she says.

''I'm not a celebrity saying 'come cook this' without a real relationship. I think it's all about relationships and how I've been on the page since the beginning.''

It has been a labour of love, though, not only her commitment to post every day, but also to answer 100 or more messages she gets each week.

''It's never been about making money. I've had offers early on and it didn't sit right that I just promote one thing and not give people the best deals on everything,'' she said.

Recently, though, she has signed with grocery clearance company Reduced to Clear to make a recipe a week with groceries bought from one of its shops. It is her first paid job from the page, she says.

Each of her recipes has a list of what she spent, eliciting messages from frustrated people around the country who could not get groceries or vegetables for the same price.

''We've seen a real need for good food at a good price nationwide, so we thought we'd do a foodbox that consists of all the food I put in my recipes delivered to people for like $150 for a family of six for a week, including breakfast, dinner and all the meals and snacks between.

''We got an AMP scholarship for $10,000 to get that under way this year. It's gone from voluntary to maybe a business for us.

''It was like a dream. I just posted it on my page and from that had 2000 people who wanted to pre-order boxes.''

They are working through the business practicalities and the logistics of the venture and do not yet have a time frame for the launch, she said.

''We realise it's a huge task but we have a big enough following to maybe make it happen.''

The above recipes are from Feed a Family of Six for under $20.

This recipe is great for lunch or dinner. It's light and tasty and is one of my family's favourite meals. This recipe makes three rolls each. Serve with Asian dipping sauce (see below).

Season chicken with salt and pepper and drizzle with honey. Heat oil in pan. Fry chicken for 5-6 minutes until lightly browned and cooked through. Place half a cup hot water in a large bowl. Put one rice paper wrapper at a time in water until soft, then remove. Place chicken, lettuce, carrot, avocado, tomato, nuts, spring onion and coriander as filling. Fold in the sides and then roll up. Continue until you have made all your rolls. Serve with dipping sauce on the side.

This sauce should be sweet, salty and spicy. You can adapt it by adding more or less of certain ingredients to suit your desired taste. Mix ingredients together. Taste and adjust as required.

I serve my burgers with home-made hash browns (see below).

Heat half the oil in a large pan and fry patties until lightly browned and cooked through. Remove from pan and place on an oven tray, sprinkle cheese on top and then grill in oven.

Add onions to hot pan and lightly fry until soft. Add sugar and vinegar and simmer until sticky, brown and tender. Season with salt and pepper to taste.

While your onions are cooking, heat remaining oil in another large frying pan and fry eggs.

Assemble your ''burgers'' by layering patties, onions and your chosen accompaniments, finishing with a fried egg on top. Season with salt and pepper to taste.

Squeeze liquid out of grated potato. Mix together potato and onion and season with salt and pepper. Shape into patties of your desired shape and size. Heat a pan with oil and put in hash browns. Leave for 3-4 minutes, until brown and crisp, then turn and cook the other side.