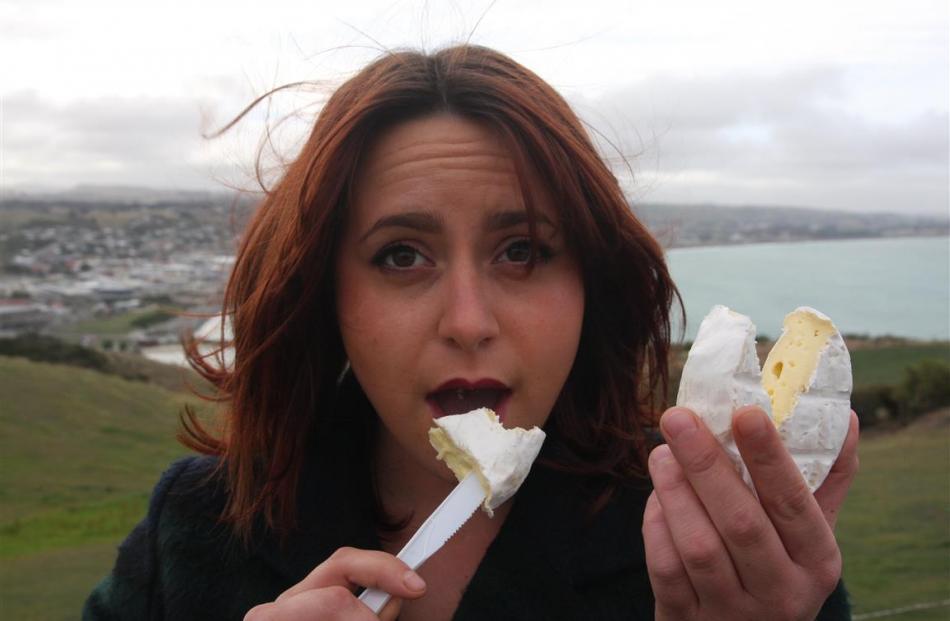 Pursuing her goal of becoming a businesswoman in the highly competitive world of cheese-making has led Frenchwoman Pauline Treillard to Oamaru.

Originally trained as a sommelier, Ms Treillard (25) left that job to pursue her interest in cheese and became a cheese-maker in her home province of Bordeaux.

After years of trying to get further in the male-dominated industry, she decided to take a chance on the southern hemisphere and left France in 2013.

She arrived in Oamaru in March 2016, after her visa application to stay in Australia with her partner was declined.

‘‘So here I am. My boyfriend's in Australia. At least we tried.''

She landed a job at Whitestone Cheese by using contacts and emailing her CV to every cheese producer in New Zealand.

‘‘Whitestone made an approach and said ‘when can you come?' I said in 10 days. Having their blue cheese on my resume is really cool.''

Her first impressions of North Otago were positive.

‘‘I've met really nice people. The first three weeks were really hard because you just broke up with your boyfriend. Now I'm in the industry I love and I'm feeling really happy here.''

What was clear about the cheese companies she had encountered in New Zealand and Australia was that they were striking out on their own and rejecting their northern ancestral roots.

‘‘They want their own style.''

Coming to Oamaru had opened her mind about the world of blue cheeses.

She found the New Zealand style far more relaxed and palatable than what she worked with back in France.

Ms Treillard has worked in hospitality since she was 15. Her parents had owned a charcuterie restaurant since she was 11, so she grew up in the food industry.

The first time she made cheese was on a wwoofing trip to Brazil with her father when she was 15.

‘‘They had buffalo and we were doing the milking.''

She felt lucky knowing what her passion and career path was at her age.

A hurdle that could have stopped her cheese pursuit was the death of her father in 2014. She was in Australia and had to fly to Tunisia to claim his body and take it back to France.

During this time her life goal could have been shelved, but that was not what she or her ‘‘strong'' father would have wanted.

Her time in the southern hemisphere has taught her the importance of customer interaction and the opportunities that provided to share knowledge about cheese production and ignite the passion for cheese in others.