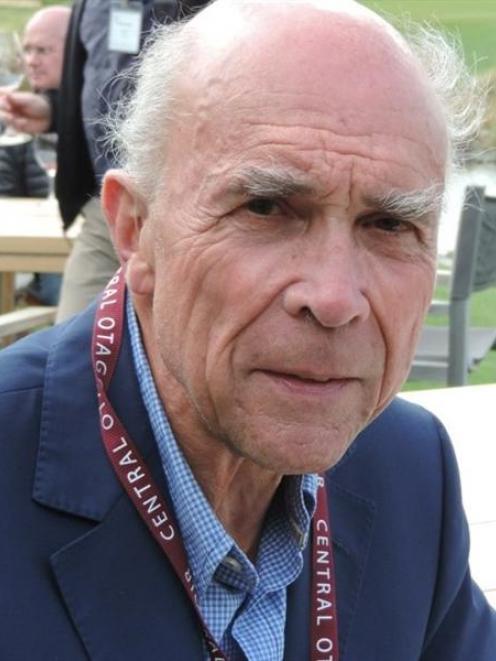 Aubert de Villaine.
The evolution of Central Otago pinot noir over the past two and a-half decades has been a rapid journey from grudging recognition from Northerners that wine could actually be grown and made here, through developing a reputation for distinctive pinot noir, to international recognition as one of the country's major wine regions.

Not only are they moving to another level that depends on the relationship between the land, the vines and the wine growers, but, I guess inevitably, there's also a balancing at the bottom with commodity pinot noir.

The 10th Central Otago Pinot Noir Celebration in 14 years (the gaps are to accommodate the triennial national pinot noir celebration in Wellington) was held in Queenstown recently, attended by wine lovers, wine trade and wine media from the US, UK, Canada, Sweden, Austria, France, Japan, China, Australia and, of course, New Zealand.

In the 1990s many Central pinots had a slightly herbaceous, spruce-like character, then a few years later they were distinguished by lush, dark berry fruit allied with spicy oak and still are in many cases, as people enjoy this style.

However, over the past few vintages - and 2012 is probably a turning point - there are more confident, complex wines with minerality and that indefinable sense of ''terroir'', which appeals to wine buffs and connoisseurs and raises the region's profile in fine wine circles. 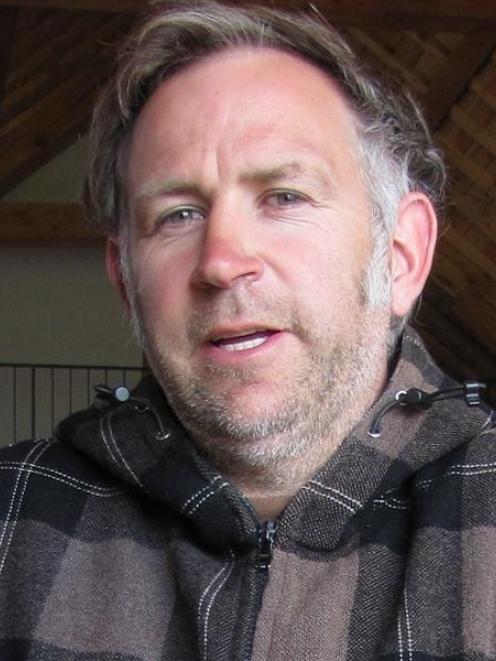 Nick Mills.
UK wine writer Dr Jamie Good described it as ''non-fruit complexity; which, when combined with the ''supple-textured fruit'' characteristic of the region, can be compelling.

Aubert de Villaine, vigneron at Domaine de la Romanée-Conti in Burgundy, France, widely considered one of the world's greatest wine producers, said he was ''more than impressed'' by the quality of the wine he had tasted here.

''According to what I'd read I thought I would be tasting fruit bombs, `vins du soleil' where the sun is important. Even if some are like that, on the contrary, the majority are delicate with a minerality which is the expression of the terroir.

The 2012s show confidence and focus rather than power, and elegance and purity,'' he said.

He was visiting the region as part of a three-strong delegation from Les climats du vignobles de Bourgogne (Burgundy's vineyard sites) of which he is president.

They are applying for Unesco World Heritage Status for the Côte de Beaune and the Côte de Nuits where the finest Burgundy vineyards are situated and where a particular model of viticulture has been developed over a millennium or more.

A patchwork of more than 12,000 named vineyards, some tiny, is spread across the hillsides, and because of the geological complexity each has different soils, exposure, microclimate or altitude.

Planted in pinot noir or chardonnay, each vineyard produces wine with characteristic differences even if they are contiguous or the wines from the same vineyard are made by different producers.

They have been rated into ''villages'', ''premier cru'' and ''grand cru'' according to the quality of wine they can produce and hence the prices they command. 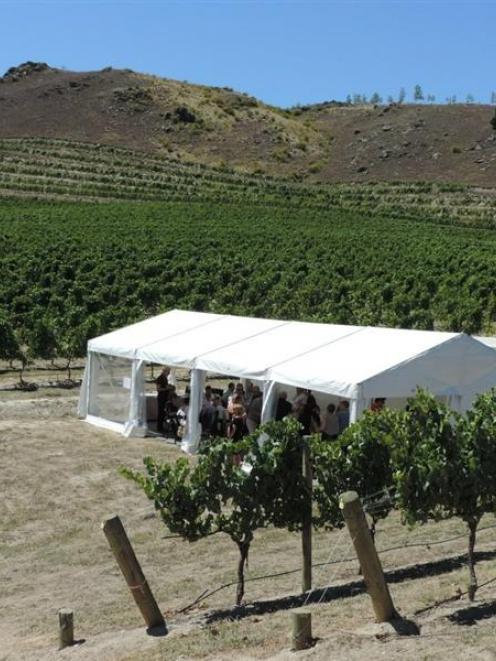 Central Otago Pinot Noir Celebration lunch at Akarua vineyard. Photo by Charmian Smith.
This notion of terroir in all its rich, complex diversity inspires many of the Central Otago growers.

The geology, soils and climate of Central are completely different from those of Burgundy so the locals are not trying to copy or make the same styles of wine nor just use some of their techniques as has sometimes been the case in the past and in other regions.

According to Nick Mills of Rippon, who is organising the Central Otago/Burgundy relationship, it's the idea of linking wine to its place of origin and to name it by the place, whether it is regional or more site-specific, and the relationship of the people to their land, that has inspired the local growers.

In their application for world heritage status, the Burgundians need to prove their region has ''outstanding universal value'' and contemporary relevance beyond their own region, and this is where they need Central Otago's support.

There's already an educational and cultural exchange system for young winemakers and viticulturists between the two regions.

As well as the usual blends of varying quality and price, some of the leading Central Otago wine growers are producing single-vineyard wines (albeit at a price and in small quantities) that speak of the vineyard or block within the vineyard.

Such wines need to come from well-established vines, preferably 20 years old or more, whose roots reach down into the subsoils and there are only a handful of such vineyards in the region, all on their own roots and so will eventually need to be replanted on phylloxera-resistant rootstocks.

They are mostly organic or biodynamic which encourages the soil fauna, also part of the terroir which contributes to the distinctiveness of the wine.

It also requires experience over many seasons on the part the wine grower, so they have an empathy with, as well as an intimate knowledge of their site: much overused words and phrases such as ''passion'', ''desire to make a truthful wine'' and ''the spiritual quest to make great wine'' were used.

Another aspect of the region, that could be said to be part of the terroir is the collaborative and cohesive nature of the winemakers, which is manifest not only in the way they work together and help each other out, but also in their shared love of loud shirts and other sartorial splendours, such as polka-dot suits, cravats and flashy bow ties, which they sport on formal occasions.

Keynote speaker UK wine writer Jane Parkinson threw a cat among the pigeons at the grand dinner that ended the event by suggesting that the Central Otago wine growers could draw inspiration from German pinot noir, which perhaps has more similarities with Central than Burgundy as its soils are similar and has varieties like Riesling that Central also does well.

Some of the wines that stood out this year were in the masterclass, which explored wines by experienced winemakers who have set up new ventures in the past decade, wines by winemakers who have been in the region for a long time, and wines from vineyards that are older than 20 years.

They were confident, elegant wines, not exuberant fruit bombs but certainly not skeletal, nor were they beginners' wines.

They oozed texture, complexity, structure, freshness, acidity, judicious oak, persistence and charm, although they were all youthful 2012s.

At the grand tasting there were 40 vineyards each showing two wines.

There were some refreshing whites at lunches and other functions. 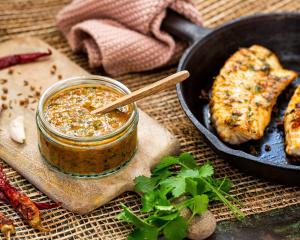 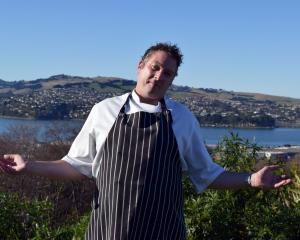