How to make capucijners met spek 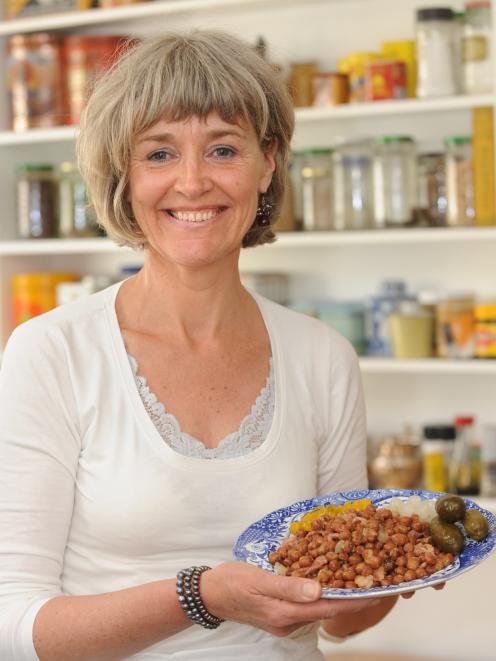 Flavours of home is a series of recipes from around the world cooked by people at home in Otago. This week, Anneloes de Groot, from Holland, shows us how to make capucijners met spek.

Anneloes De Groot grew up in Leiden, between Amsterdam and The Hague.

She came to New Zealand in 1990 with her husband and young children, and moved to Dunedin in 1999.

It's made in different ways in different parts of the country, but Anneloes still makes it the way her mother did.

Dishes like this, based on pulses (peas, beans and lentils) and salt pork, have a long history in seafaring nations like Holland, and this dish might have been part of a typical meal made on board Abel Tasman's ships, Heemskerck and Zeehaen, when he first saw New Zealand in 1642.

Besides the long-keeping pulses, salt pork and ship's biscuit, Dutch sailors were also forced, sometimes at gunpoint, to eat lemons to prevent scurvy, she said.

Dutch ships (and later those of other nations) on their way from Europe to India or the Spice Islands, and later to Australia and New Zealand, would call at the Cape of Good Hope to take on fresh food and water.

That is why Cape Town developed large gardens and a supply station, she said.

In a frying pan, melt a knob of butter and fry the onion until crisp and browning at the edges.

Open the tin of capucijners, drain and rinse.

Put in a pot, add the onions and bacon, and stir in a tablespoon of made mustard.

Tips: Capucijners are also known as marrowfat peas and can be found tinned in the international section of supermarkets.

If you want to soak and cook dried pulses, Anneloes says the nearest she has found are little brown chickpeas (available from the Indian grocery in St Andrew St, Dunedin).

If using bacon rashers, you can keep a few whole and cook to use as garnish.

Piccalilli is a vegetable pickle flavoured with turmeric and mustard, available in supermarkets.

This is a quick, simple dish to prepare and a great stand-by for hungry teenagers, she says.

• Thanks to Afife Harris and Gardens New World.