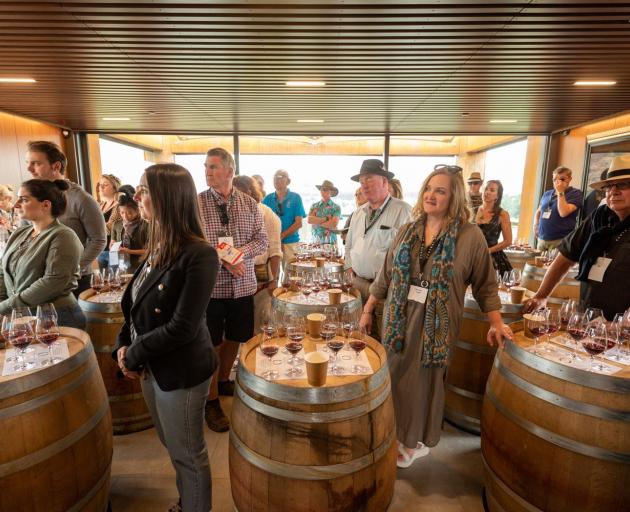 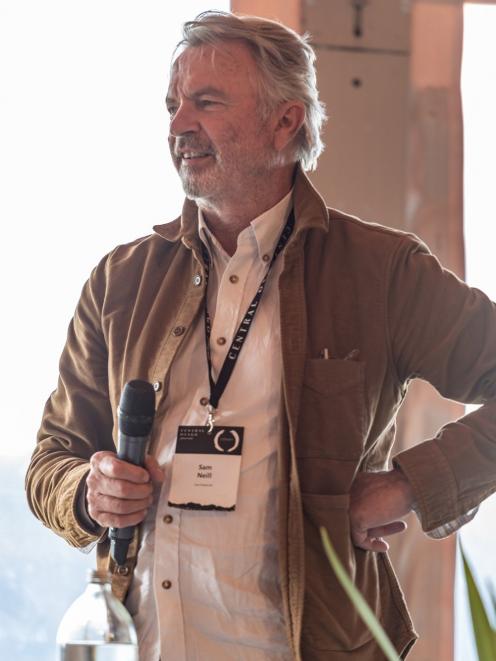 Sam Neill speaks at the Pinot Noir Celebration.
One of the enduring qualities of the Central Otago Pinot Celebration is the friendship and loyalty to Central Otago, its wines and wineries that it engenders, with many, many people from both New Zealand and overseas returning for the event year after year.

This was my fourth visit. I spoke to one Wellington couple who have missed just one celebration each and who referenced the ongoing friendships that they have made in the region along with their continuing love affair with the wines. A number of international guests echoed that sentiment.

That’s a common thread for the attendees who flock to the event, coming from all walks of life, spanning those working in a variety of roles in the wine and hospitality industries, through media, and to, dare I say it, old-fashioned wine enthusiasts and lovers of good pinot noir. They have been captured by the grandeur of the landscape, captivated by the elegance of the wines and embraced by the casual warmth of the people, and eagerly return.

The idea of sub-regionality was very evident in this year’s format with the first afternoon spent in Wanaka at Rippon Winery: panel discussions were interspersed with wine speed-dating sessions and a literary twist, with local poets Brian Turner and Annabelle Wilson getting the ball rolling. The drive back over the Crown Range saw us stopping at the Cardrona Hotel for a splendid repast. 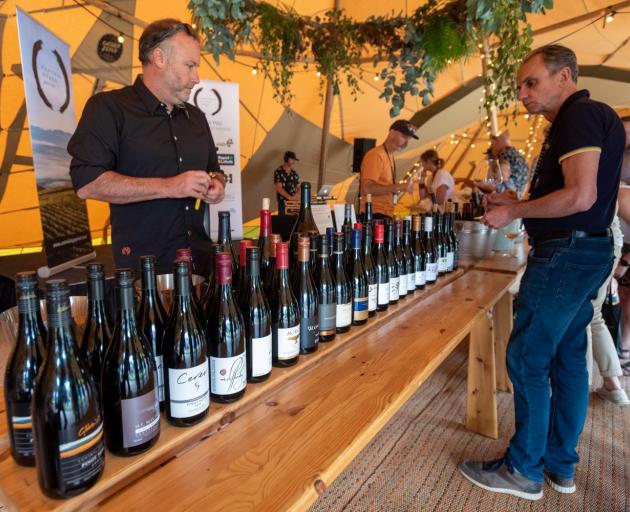 Prophet's Rock winemaker/owner Paul Pujol (left) and Francois Millet, who collaborates with Pujol at Prophet's Rock. Millet is also the winemaker at French winery Comtes Georges de Vogue.
Day two showed off Queenstown. The Grand Tasting at The Skyline lent suitable gravitas to the presentation of the presenting wineries’ pinot noirs; each presented a current vintage (with 2018 mostly in evidence) along with another, often older example. At its conclusion the attendees were whisked away to a long lunch under the sail at Peregrine winery, crafted by Wellington chef Monique Fiso and her team. A short break primed attendees for the evening cruise on the Earnslaw with dinner at Walter Peak Station. 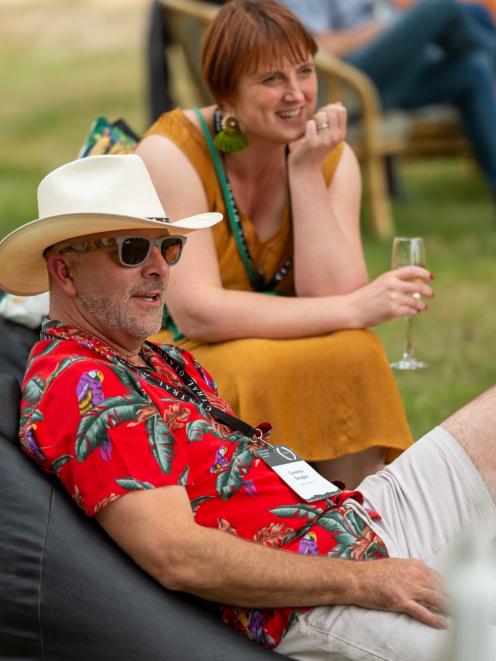 Kiwi master sommelier Cameron Douglas with winemaker Lucie Lawrence, of Aurum.
The final day saw us all head to Bannockburn where a Rose Revival session at Carrick revived some jaded palates. Various modes of transport took groups of us to sessions at Te Kano, Felton Road and Mt Difficulty, exploring not only the wines, but also delving into local yeasts and their likelihood of transmitting local identity into the wines. Another session looked at respect for the land, the growing level of organics and biodynamics, and the work done protecting waterways and reducing erosion. Next, we adjourned to a huge tepee for the final late lunch, where the literary theme was given a good send-off by Master Sommelier Cameron Douglas, Gibbston Valley winemaker and event chairman Chris Keys and visiting Irish poet Judy O’Kane.

An undercurrent to this year’s celebration was a quiet sense of self-belief. Some winemakers spoke of having pushed winemaking boundaries in the past, looking to make a statement with their wines: they are now paring that back, looking for finesse and elegance, while letting their sites and sub-regionality shine. At the first panel discussion many referenced looking back at the knowledge they had gained and mistakes made along the way, giving them the freedom, courage and patience to step back, and as Sarah-Kate Dineen, of Maude, said "making the shift from winemakers, to winegrowers". Rudi Bauer, of Quartz Reef, summed it up eloquently when he said "it’s like moving into a new house [the future] and leaving behind the things that you don’t need".

It is almost impossible to single out wine recommendations, though the older wines shown at the Grand Tasting demonstrated the rewards to be gained from cellaring. The 2014 Aurum Mathilde, 2015 Ceres Artists Series Inlet Vineyard, 2014 Chard Farm The Tiger, 2014 Felton Road Calvert and 2008 Rippon Mature Vines particularly struck me for their complexity, balance and depth.

The Celebration stands aside next year for the New Zealand pinot noir event to be held in Christchurch and will return in 2022.