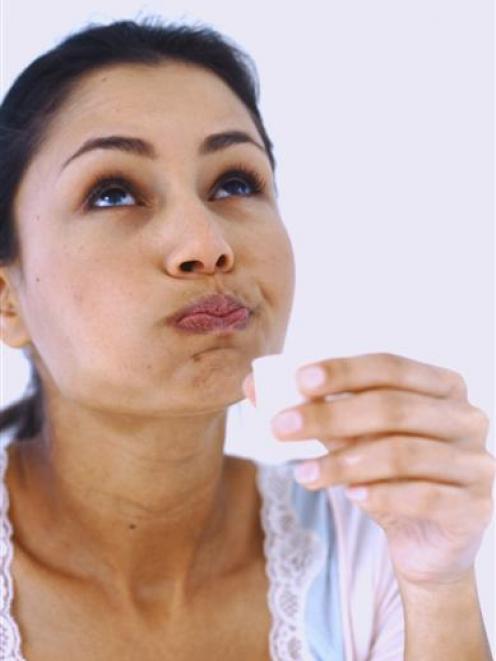 The link was suggested in an article in the November issue of the Dental Journal of Australia and was based on a review of the literature on the subject.

"The Ministry of Health advises against the use of mouthwashes long-term without advice from a dentist.

"The ministry also advises those who are using an alcohol-containing mouthwash and are concerned about the alcohol in it to discuss its use with their dentist or doctor.

"We do know that excessive drinking and smoking increase the risk of developing oral cancer. But it has yet to be established whether the use of alcohol-containing mouthwashes is a risk factor for oral cancer."

Prof McCullough's article has come in for criticism from various quarters.

Most academic staff at the University of Otago's Dental School were on leave and could not be reached for comment.

However, a university staff member said a "review" paper was "at the low end of credibility" in academic terms.

"So, in terms of finding anyone to read it and comment on it, probably for that reason they will be fairly reluctant."

In a New Zealand Herald article, Prof Laurence Walsh, head of the School of Dentistry at the University of Queensland criticised the authors of the paper for drawing on a "small and selective group of studies".

"A wide range of critical and systematic reviews over many years have failed to show any statistically significant association between mouthwash use and oral cancer," he said.

"There is certainly nothing in the current paper to change our thinking in that regard."

Dr Whyman pointed out that a literature review, published in an American dental journal in 2003, concluded it was unlikely using mouthwashes containing alcohol increased the risk of oral cancer.

Business development manager for Dunedin-based Blis Technologies, Grant Washington-Smith, said the company - specialising in oral hygiene products - had taken the alcohol out of its mouthwash product a year ago, but not because of cancer concerns, which have been around for about 20 years.

Mr Washington-Smith described alcohol in mouthwash as "problematic" because it tended to dry out the mouth and cause an issue with imbalance of bacteria.

"Dry mouth is often associated with bad breath in the first place.

"If you maintain a strong oral health perspective then you are going to have naturally fresh breath."