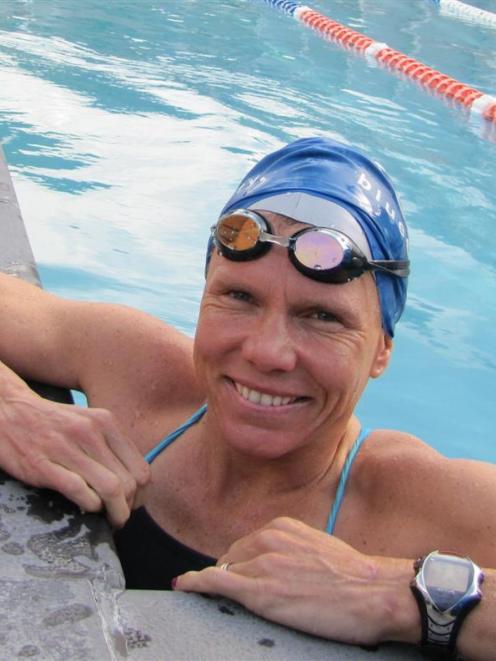 Now, she has called the tired bunch together to watch a home movie made by her husband, Stephen Bradley.

Bradley introduces the film by hoping out loud the viewers don't think he's a complete bastard. 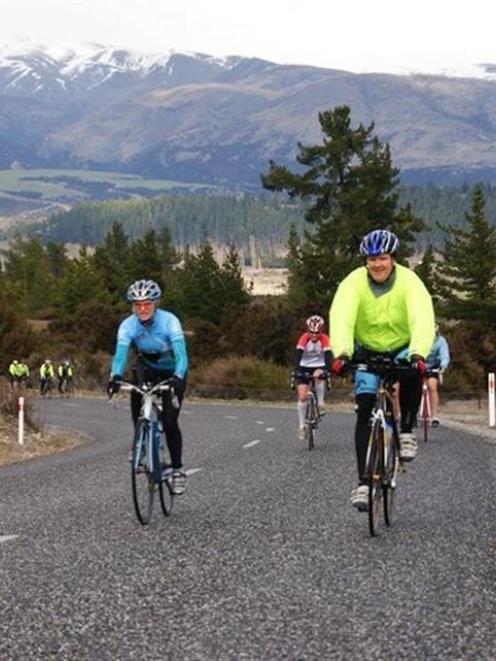 Participants in Warriner's first camp sweat it out in Wanaka last weekend. Photo by Stephen Bradley.
He has filmed Warriner's "hero to zero" moment at the 2008 Beijing Olympics in all its emotional intensity.

The heartbroken triathlete - ranked third in the world at that time and a realistic gold medal prospect - finished 16th.

His wife is walking by herself with her bike down a long road from the course to her accommodation, feeling like she should apologise to the whole nation.

The person who could have at least been wheeling her bike was holding a camera in her face.

You don't really need to watch the back story about Warriner's meticulous, intense preparation to feel you could walk in her shoes at that moment. 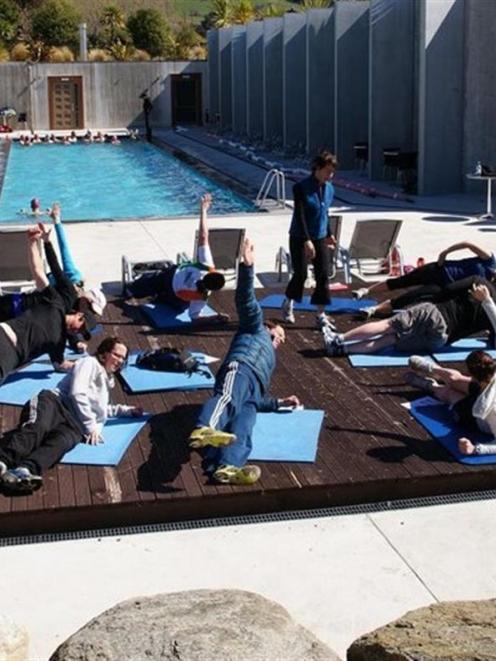 Participants in Warriner's first camp sweat it out in Wanaka last weekend. Photo by Stephen Bradley.
But Bradley's not really a bad bloke. Warriner had asked him to film the moment.

She asked the question she always asks herself when the chips are down: "What can I do now?"

There, she was greeted with unconditional excitement and joy by her dog, Bo.

As Cold Play's I Will Try to Fix You plays as a soundtrack, Bradley films Warriner and Bo running off down the beach into the future.

Two months later, he has the camera out again as Warriner crosses the line in the ITU World Cup race at Mexico to claim first place and the overall 2008 World Championship.

As Warriner explains to participants at her inaugural Sweat7 camp, hard work, setting and achieving goals, and redemption are not the exclusive domain of elite athletes.

"That [Mexico] was my proudest day, my proudest moment. I was at the lowest of lows and had to turn it around and take a really long hard look at myself," she recalled.

Now retired from the ITU circuit, Warriner has a goal of finding, nurturing and training a triathlete to a world championship within five years.

She has just announced her Sweat7 team for 2010-11, comprising seven women selected from 250 applicants.

She is also keen to act as a coach or mentor for athletes of whatever age and level, because that's how she started out, as a relatively late starter in her late 20s.

Although Warriner has stepped back, reluctantly it seems, from the ITU circuit, she has not retired.

In June, she decided to take herself to a whole new level and "go long".

Already accomplished at the half Ironman distance (also known as a 70.3, because the total distance of the discipline is 70.3 miles), Warriner has set her sights on the World Ironman Championships in Kona, Hawaii, next year.

Two weeks ago, she competed in her first long-distance event in Ohio, finishing fourth in 9hr 30min.

In eight weeks, she will race in Florida at the world 70.3 championships.

Although Warriner is not starting from scratch like many of the Challenge Wanaka hopefuls she coached last weekend, she believes, like them, she is at the start of her next learning curve.

Warriner is the first to admit long-distance triathlon is a tough decision.

It requires organisation, discipline and "getting the balance right", not just in training, but in family life.

Her advice is to stick to specific goals.

"If you are happy, you are more motivated to train.

"There is no right or wrong. But you have to be committed and you have to find the time to do it."

Warriner turned 39 in August and is often stumped when asked for her secret to longevity in the sport.

"All I know is I enjoy it. I don't think there are any secrets to what you can achieve. And age is no barrier ... This is my dream. All I want to do is this."

♦ 1 - Process
"Focus on the process, not the outcome. Sure, I want to win. That's my job. But if I focus on winning, I will have lost before I even get into the race.

"I focus on process. I focus on things that will get me to the finish line as quickly as possible," Sam Warriner says.

So she keeps diaries.

Her training diary for Beijing 2008 is inscribed with the words "pain in defeat is worse than the pain of effort", "happiness is in the journey" and "it ain't about how hard you get hit but how hard you can get hit and keep moving forward".

She records what she did, how she felt and could she have done better.

Warriner set her first goals after finishing 101st in a school cross-country.

The next year, she aimed for and made the top 60.

When she entered her first triathlon, a women's-only event, her goals were to cycle to work one day, swim before work the next day and run on the third day.

Later, she realised a goal to qualify for a world championship in the 24-29 age group.

"I can remember in 2001 watching [the New Zealand] elite team and wanting to be in it.

For example, her medium goal is to win her 70.3 race in eight weeks' time.

Her immediate goal is to swim faster, so she wants to do 100m swim repeats on 1min 20sec.

She also visualises the whole day, in segments.

One day, she might rehearse in her mind the swim to the first buoy.

The next day, she mentally pictures the swim to the second buoy. And so on.

♦ 4 - Consistent training
Warriner has days when she thinks the world will end.

Break your programme into periods and start 16 weeks before an event, not two weeks.

Train consistently, be prepared for highs and lows and be patient, she says.

♦ 5 - Smart training
Warriner says she is a "non-responder" who still needs to be told by her coach she is tired and should drop a session.

"Responders" are more aware and just know they are too tired to train.

Smart training is knowing why you are doing the session - for example, the swim sprints are to cope with the mass start; hill repeats are to be a stronger runner.

Being flexible is smart.

For example, a bike ride on a windy day requires more effort, so it's OK to adapt your programme. Going hard all the time is not smart.

♦ 6 - Recovery
When Warriner says "rest is even more important than training", she's reminding her proteges to schedule time off and stick to the plan.

Sleeping, eating, massage, stretching and relaxation must also be scheduled.

Unexpected time off from work or family is not an invitation to train your butt off.

"When I went full-time professional, I had more time for recovery and that was the biggest difference. I didn't suddenly go from a four-hour bike ride to a seven-hour bike ride," she said.

Nor did going pro mean she could sleep in and begin training at 9am, because she has to schedule three hours off between each session.

♦ 7 - Best-effort training
Your best effort is the best effort you can muster that day, but do not expect your personal best. These sessions are usually key sessions, scheduled several days (or even weeks) apart for recovery.

Warriner may work in the moderately hard or hard zone or train on tired legs. She also likes "best effort" at the end of sessions, so her body and brain can recognise the pace.

"You have to train tired so you know what to do in a race. Because you will feel it in a race ... You have to tell yourself, yes, I feel terrible but I have to get through this ... Break it down into 10 one miles. OK, there's the first one. Now the next one ... The session is just about getting it done."

If best efforts do not produce desired speeds, distances or times in that session, it does not matter.

"Ask, did you give your best effort? Did you do the whole session? Did you consistently do the session? If yes, then don't worry."