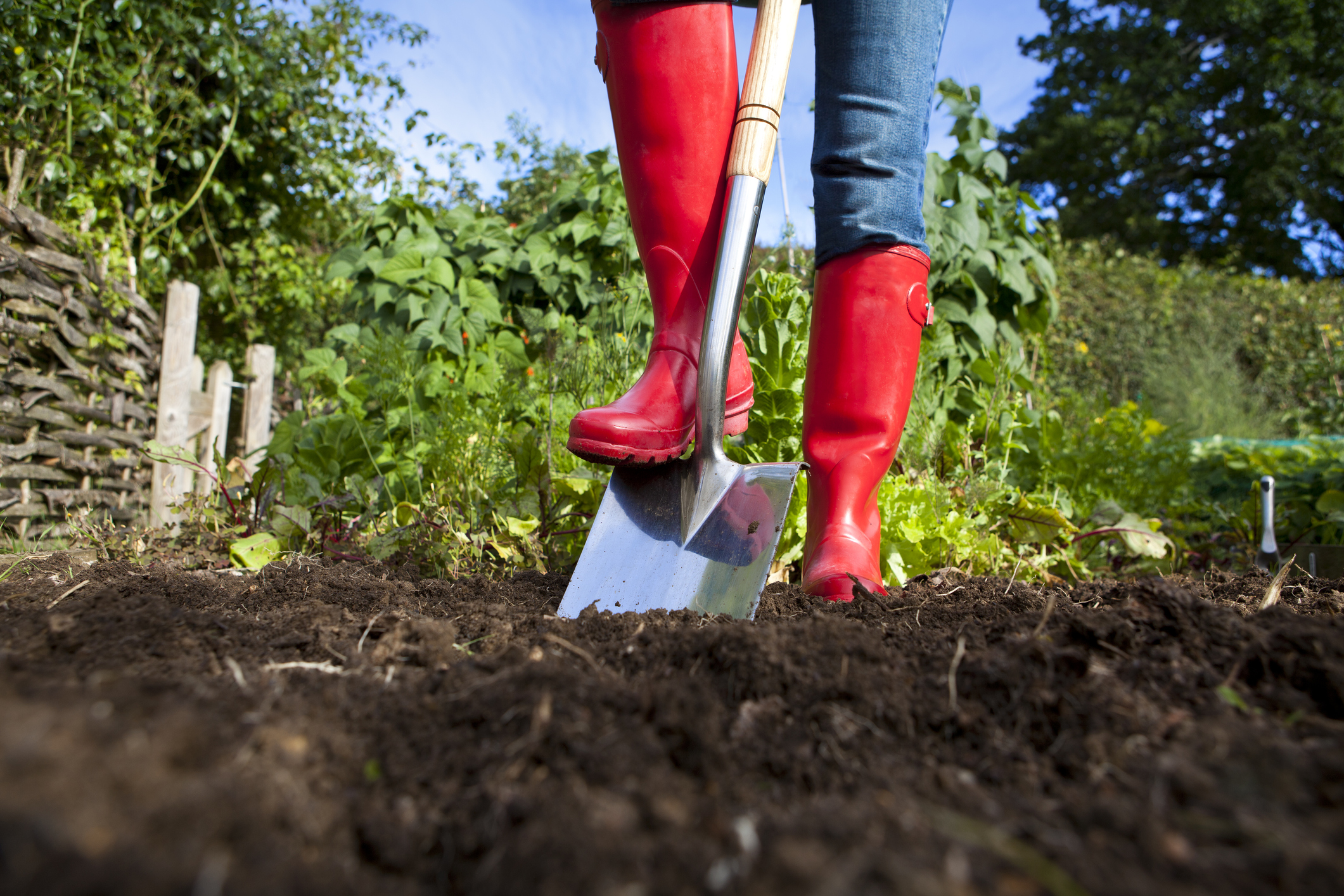 Understanding the basic needs of soil and improving soil fertility is a common theme in the gardening books reviewed this month. PHOTO: GETTY IMAGES
Gillian Vine makes the most of lockdown and takes a look at some new garden books.

Lockdown has seen me whiling away time by taking a good look at spring garden catalogues that have come in the mail. I confess it’s been an expensive exercise, as it’s all-too-easy to hop online and order a few things.

I’ve also spent time reading three recently released gardening books, all on edibles. One is American, the second English and the third homegrown.

• Growing Vegetables (Quarto Group soft cover, $45) by Jessica Sowards is based on the writer’s 3ha property, Roots and Refuge Farm, in central Arkansas.

As well as growing almost all her family’s vegetables, the American lectures and writes on gardening, her target market being novice growers of edibles.

Sowards describes her early belief that she had a black thumb - “... if my mother’s home was a rehab center where even the sickest plants could go and live, mine was the hospice where they went to die. I killed a tremendous amount of plants.”

Her earliest vegetable garden drowned in record rainfalls, but “zeal and pigheaded determination” won through.

Ignorance is nothing to be ashamed of, she says, but simply reflects the fact that gardening has not been an integral part of most younger Americans’ education.

Failure is normal and something to learn from, while success is “a powerful and empowering endeavour”.

Sowards puts great emphasis on understanding the basic needs of soil, how to add organic matter (its food) and the role of mulches in enriching a garden and inhibiting weed growth.

Although some of Sowards’ material - such as plant varieties - does not apply here, a great deal of Growing Vegetables is relevant anywhere in the world. 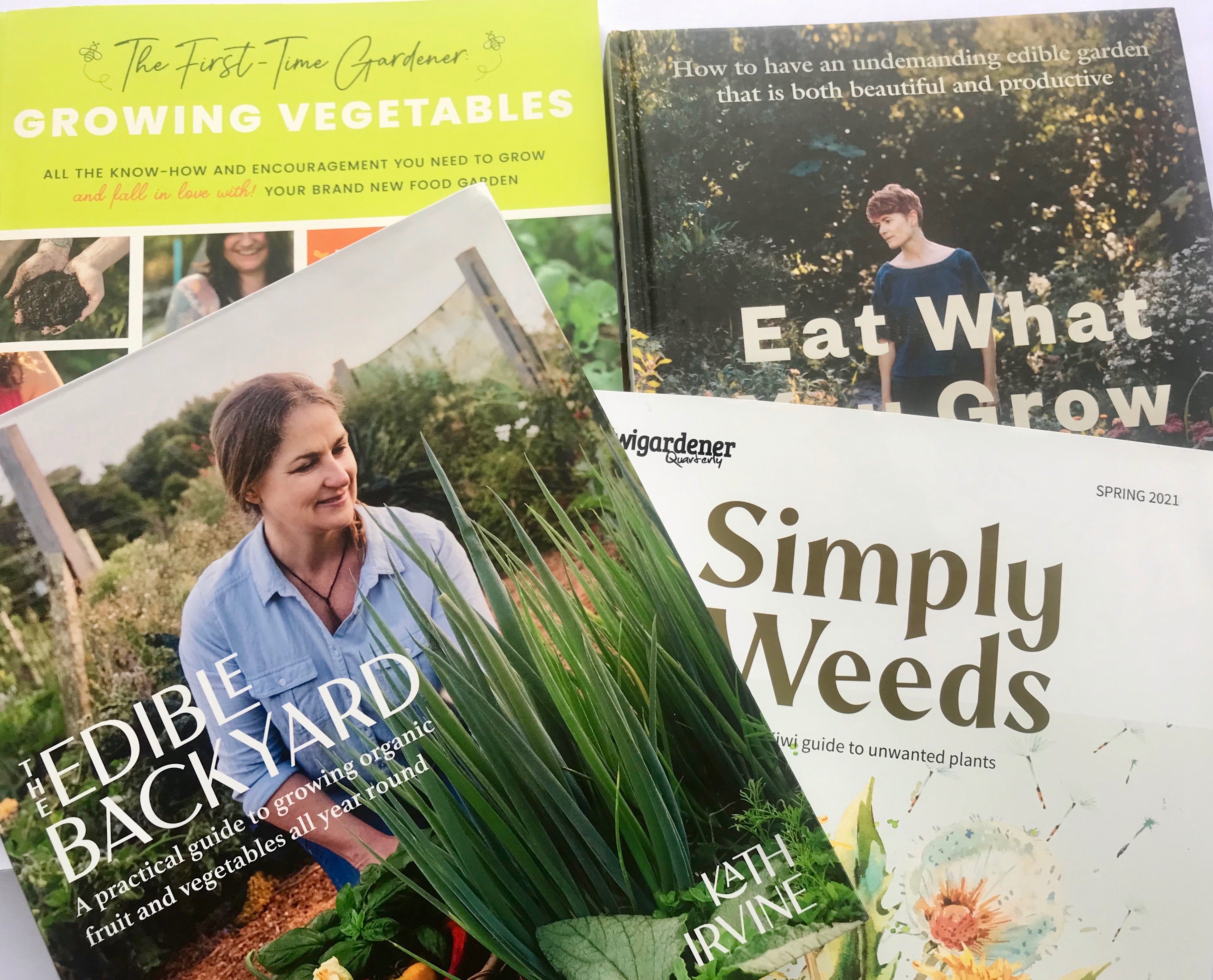 •  Next up is Eat What You Grow (Kyle Books hardback, $44.99) by well-known English writer Alys Fowler.

Again, the writer uses her own garden as the backdrop, in this case promoting polyculture.

Fowler describes this practice as “following what nature does. It is a mixture, a little bit of everything, a muddle, a diversity of plants, a combination as opposed to a monoculture which is a single species usually grown at optimum spacing for speed of growth.”

Fowler goes on to explain how it all works, then makes suggestions of suitable plants. Her planting suggestions take up more than half Eat What You Grow and has some useful sowing, planting and growing tips, but few are new.

Overall, I found the content of Eat What You Grow somewhat disappointing, not helped by the poor reproduction of most of the photographs.

Once again, the setting is the author’s own property.

Like many young mothers, her first garden started with a determination to grow spray-free vegetables so her baby would not suffer, as Irvine did, years of childhood eczema because of chemical sensitivity.

Like Jessica Sowards half a world away, Irvine’s first garden failed, largely because of its unsuitable site but, again like the American, she persevered.

She advocates starting slowly, holding off planting or building until a year has been spent observing the garden and recording all that goes on. Personally, I believe this approach will discourage new gardeners from getting started: better to observe while growing some things, although not fruit trees, nor putting up buildings unless, like shade houses, they can be moved later. Long-term planning is essential to success, though.

The Edible Backyard is chockful of information. As expected from an organic gardener, soil fertility is of paramount importance to Irvine. She outlines different composting techniques and has advice on bought compost, summed up as “rubbish in, rubbish out”.

Of particular value are the sections on pests, diseases and weeds, with some good environmentally friendly controls suggested.

In the chapter on vegetables, companion plants are suggested. This practice seems to have somewhat fallen by the wayside, so it’s good to see it included.

The Edible Backyard wraps up with an outline of the planting year, some recommended reading and New Zealand sources for such things as plants, seeds, natural fertilisers and composting systems.

A well-illustrated, first-class book, The Edible Backyard is highly recommended.

A revised edition of the 2014 publication by the same name, Simply Weeds features almost 120 of New Zealand’s more common weeds, from African clubmoss to yellow flag iris, with coloured photographs to aid identification.

There is background information on each weed and suggestions for eradication, as well as articles on the National Pest Plant Accord list, natural weedkillers and how to make your own liquid fertiliser bin.