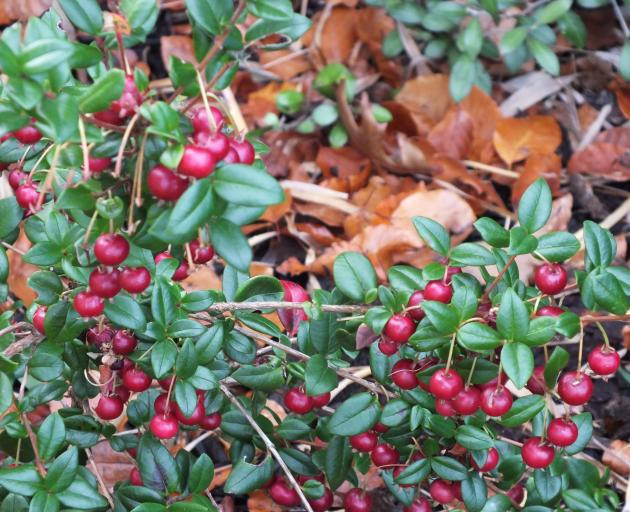 Things happen in threes, my mother used to say. Last week after answering a query about what to do with New Zealand guavas (Ugni molinae), I wandered into the garden and grazed on a few berries before drifting to the mailbox, where an English magazine was waiting. It had an article on exotic fruits including what they called Chilean guava. Good old U. molinae.

Keeping the threes idea running, I learned this plant has had a trio of names over the years.

It was advertised in 1862 as Eugenia ugni and in 1892, Dunedin’s Evening Star newspaper came under fire for an item saying the shrub was "not sufficiently hardy to stand the winters of Otago, [but had] been successfully propagated at Oamaru by Mr W. H. S. Robert and [was] now bearing fruit." 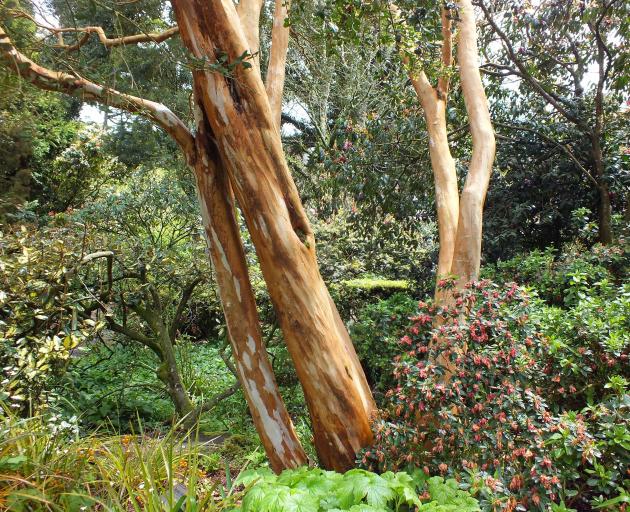 Related to Ugni molinae, Chilean myrtle (Myrtus luma) is grown for its appealing bark.
Dunedin nurseryman George Matthews, of Montpellier Nursery, Mornington, thundered: "I have for many years grown Eugenia ugni in most exposed situations, wholly unprotected; and at the present time my nursery garden contains several specimens of the plant referred to, laden with delicious edible fruit, the flavour being, to most palates, a co-mingling of the pineapple and strawberry."

After that historical side track, I’m back to names. By the 1920s, the shrub had become Myrtus ugni, then about 1960, was again renamed, this time Ugni molinae, which has stuck.

The common name Chilean guava is an accurate reflection, as U. molinae is from Chile and other parts of South America, and is quite closely related to the guava (Psidium guajava). So too is the Brazilian cherry guava (P. cattleyanum), a small tree now banned in the Auckland region, as it is invasive.

Another rellie, the Chilean myrtle (Myrtus luma) is an attractive small tree with beautiful bark and edible black fruit.

Queen Victoria loved Chilean guavas, introduced into Britain in 1844. She had them especially grown for her in Cornwall, where they flourished.

They grow well here, too. A fully grown U. molinae plant can reach 2m in height and 1.5m in width, although plants respond well to clipping and make good edible hedges. Being self-fertile, a single bush will bear fruit with a yield of about 1kg in a well-grown specimen. 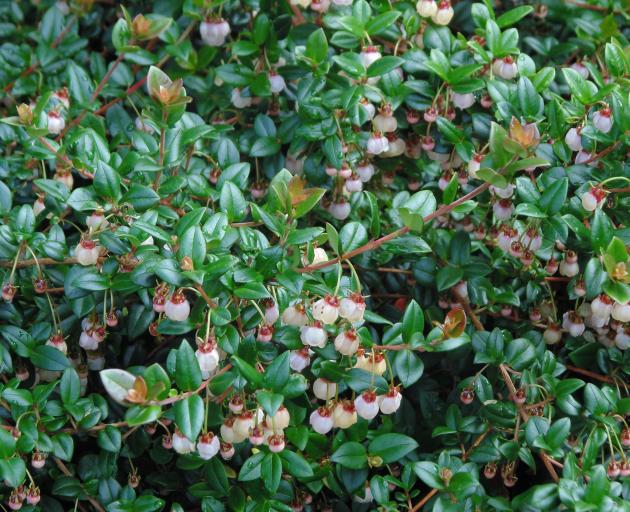 The flowers of New Zealand guavas are sweetly perfumed.
Grow them in almost any reasonably well-drained soil, ideally one that tends towards being acid, so forget the lime. Unlike deciduous fruit trees such as plums or apples, which are planted in winter, evergreen U. molinae bushes should wait until spring in the South, as late frost can damage new growth. Keep them well-watered until they are established and mulch with compost when mature.

The root system is shallow and fibrous, so hand-weeding is recommended around bushes. Sweet-scented pinkish flowers appear from November until March or April.

Because the berries ripen from mid-autumn through winter and are high in vitamin C, it is worth growing this easy-care fruit for eating fresh in the colder months. Blackbirds love the fruit but generally leave it until overripe so there’s no real competition.

Berries will keep about a month in the vegetable drawer of a fridge and can be frozen, too.

As well as being eaten raw, a handful of berries can be added to a plain muffin mix; made into a tart sauce to serve with meat or a sweeter version for ice cream; or turned into jam or the jelly that was Queen Victoria’s favourite. 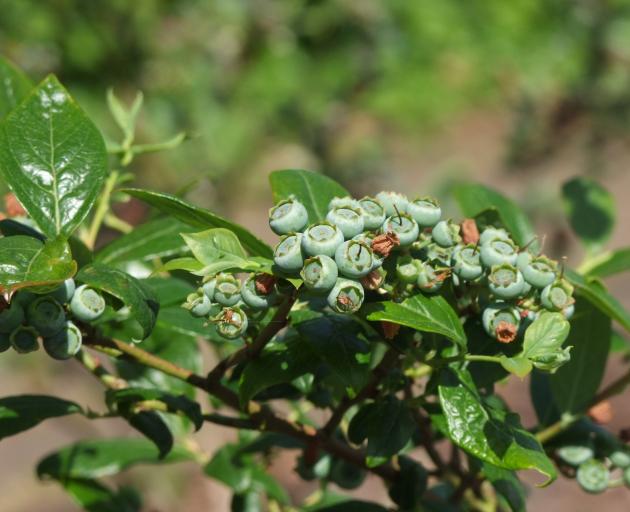 Like the New Zealand guava, which they resemble, blueberries need acid soil.
Some attempts are now being made to promote the fruit’s commercial potential.

Calling U. molinae NZ cranberry is rather confusing and I think Tasmanians had the right idea by branding and trademarking theirs Tazziberries. I’m sure we could think of a jazzy name for ours. Unfortunately, Victoria’s Secret is already taken.

True cranberries (Vaccinium species) are northern hemisphere plants, closely related to blueberries. Both like acid (lime-free) soil, making them a bit trickier to grow, unless you’ve a handy peat bog.

NZ cranberries/Chilean guavas are a lot less fussy and a generally better option for the home gardener.