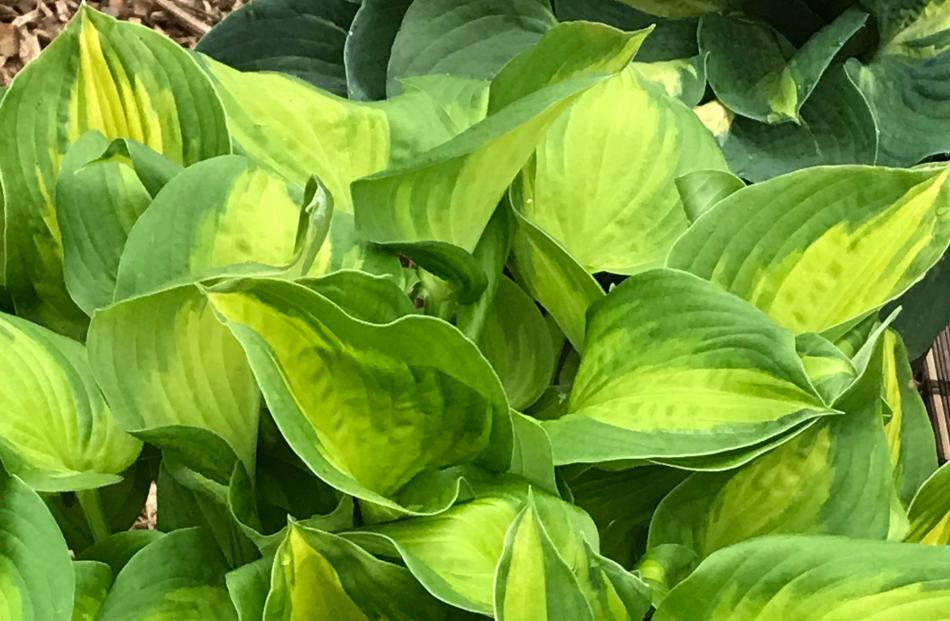 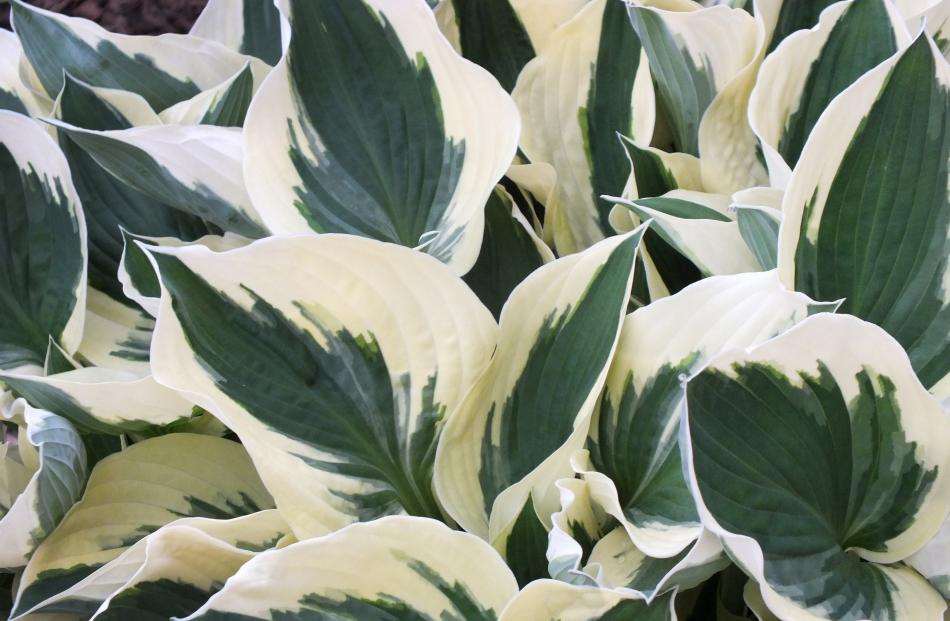 Patriot, introduced 20 years ago, is still a hit with gardeners. 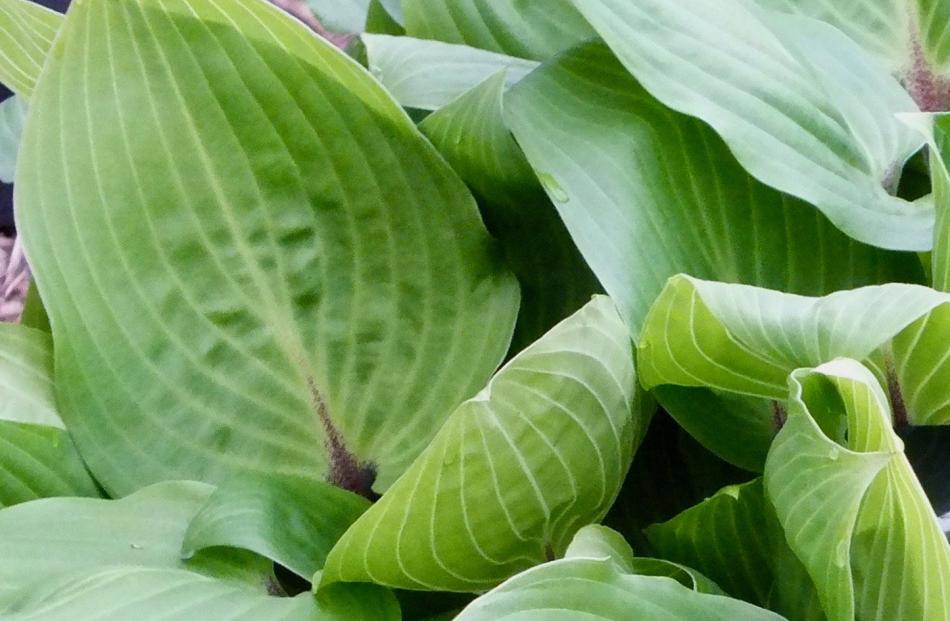 Purple Heart, introduced in the United States in 2012, has dark purple stems and some veining at the base of its leaves. 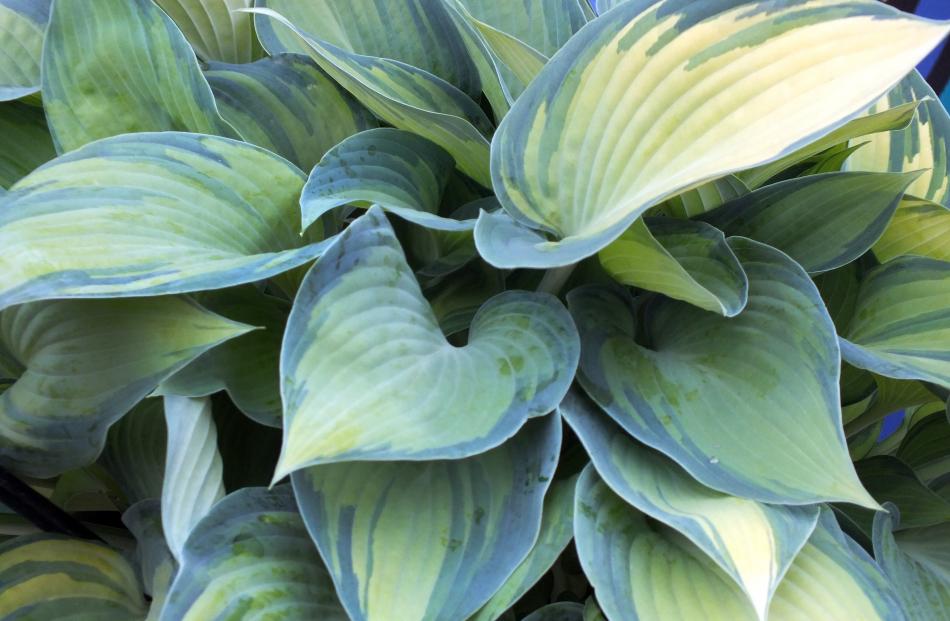 June is another old favourite. 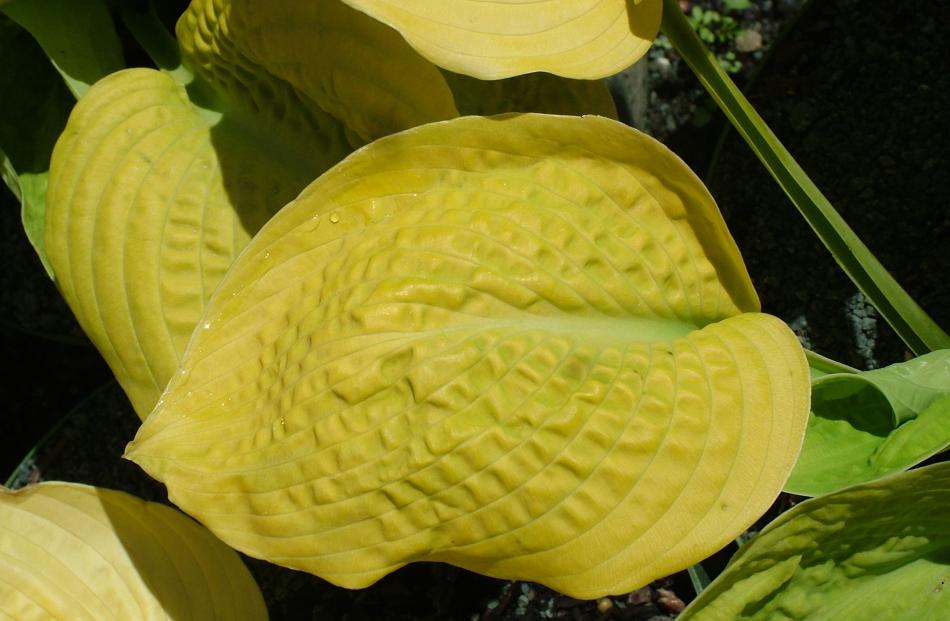 Over the years, I've become much more appreciative of hostas - some might say addicted.

Admittedly, it's been a slow process as I've come to grasp not only how attractive their foliage is but how easy to grow hostas are.

Sometimes called plantain lilies, hostas are Asian plants, mainly from Japan. Although known in France in the 1780s, the first major introduction into Europe was not until 1830. Grown in the Netherlands, these plants were distributed further afield, including to North America.

Primarily foliage plants, hostas have numerous variations on the basic leaf colours of green, blue-green, yellow and white, but also have attractive flowers of white, mauve or violet. 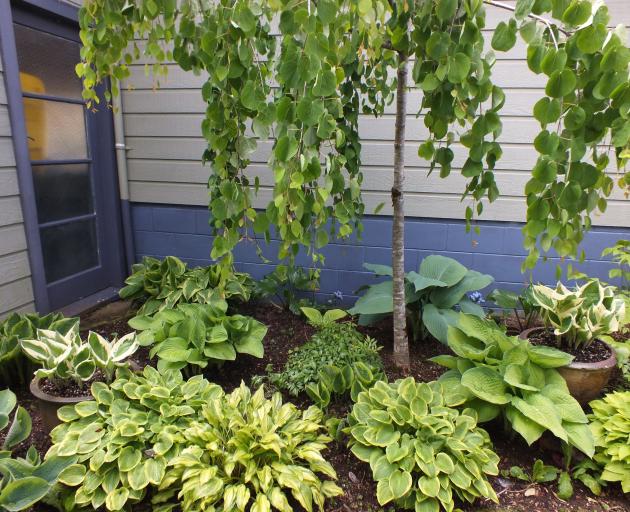 Hostas are tough, reliable plants for damp shade. Photos: Gillian Vine
Plant size varies from the tiny to statuesque. At the smallest end of the scale are Pandora's Box and the Mouse Ears group, which grow to about 15cm in height and have leaves in proportion, making them ideal for the front of a bed. Giants include Blue Angel, Krossa Regal and Empress Wu, which can tower 1.5m when mature.

The majority of gardeners opt for the middle ground, with June, Patriot and Halcyon - all of which grow to about 90cm tall - among the most popular.

Leaves are almost as varied. The shape can be heart-shaped, like Gold Standard; lance-shaped (Hosta lancifolia); ovate, which is round or almost so (Lyttelton breeder Barry Bligh's Kiwi Midnight is a good example); oval (Allan P McConnell, for example); wavy (Patriot); or puckered/dimpled (Frances Williams). 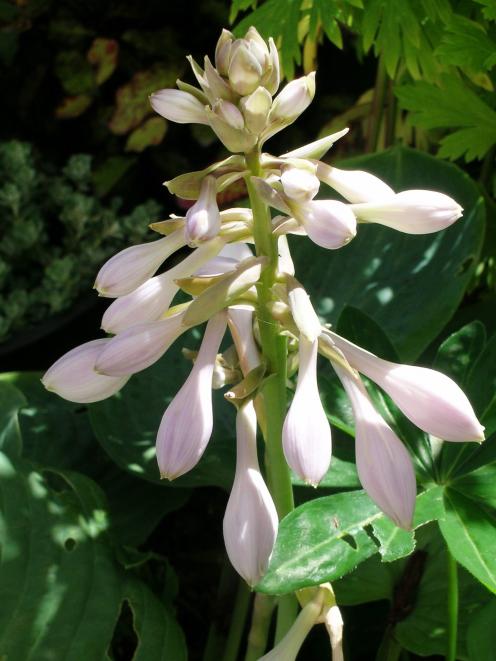 Hosta flowers can be white or violet.
Numerous bicolour and tricolour varieties give variety in a bed of these hardy perennials and so, too, can the stalk (petiole) colour. Usually creamy green, there are a couple of fine maroon-stemmed varieties, notably Fire Island (1998) and Purple Heart (2012).

Interest in hybridising hostas took off in the 1970s, with the late Paul Aden, of New York, the undoubted king. Some of his best are blue-leafed Love Pat, Blue Angel, Big Daddy and Blue Cadet; gold Zounds (although it can be a bit tricky to grow); and variegated Grand Master, Gold Edger and Shade Fanfare.

From other breeders came Halcyon, with its pointed blue leaves; June (gold leaves with blue and green margins); and Summer Fragrance (striped green leaves with cream margins and scented flowers).

An interesting chain started with Francee, a 1986 introduction by American breeder Minnie Klopping. A sport of Francee was Patriot (1991), which in turn produced a sun-tolerant sport, marketed as Fire and Ice.

Hostas are perfect for shady and semi-shaded spots that have moisture-retentive soil and are excellent container plants. The gold-leafed forms need more light but too much sun burns unsightly holes in the leaves. For example, Gold Standard needs light shade but not any direct sunlight. Trial and error may be needed to get the best colour: try putting plants in containers and moving them around to find the optimum spot.

The shelter of trees and shrubs will protect leaves from hail damage as well as sunburn.

Hostas need a good chilling in winter to do well the following season, although once established, most can cope well with drought. However, summer watering is recommended, as is an annual feed of good compost after the dead foliage has been cleared away.

Usually plants are divided when dormant - that is, from now until spring. If you don't want to dig an entire clump to break up, one grower suggests cutting a pie slice from an established hosta. Fill the gap with good compost and the plant will soon recover.

In spring, there can be six weeks between the earliest hostas' shoots appearance and the latest varieties, so don't panic if a prized variety is slow off the mark.

When shoots appear, it is absolutely essential to give plants protection from slugs and snails. If you use poisonous slug-bait prills, drop a few capsules into the centre of each plant and remove corpses daily to prevent birds and hedgehogs from dying nasty deaths.

Not all hostas are snail heaven. The blue-leafed forms are less attractive to these pests, says John Penny, manager of Thirkettle Nurseries, in Nelson.

A hosta specialist, John says: "There remains a large public perception that the slug/snail issue that affects some hostas much more than others makes them not worthy of more widespread plantings."

He strongly disagrees, adding that hostas are unsurpassed as container plants for shade and encourages gardeners to give them a try.