Keeping it clean - the easy way 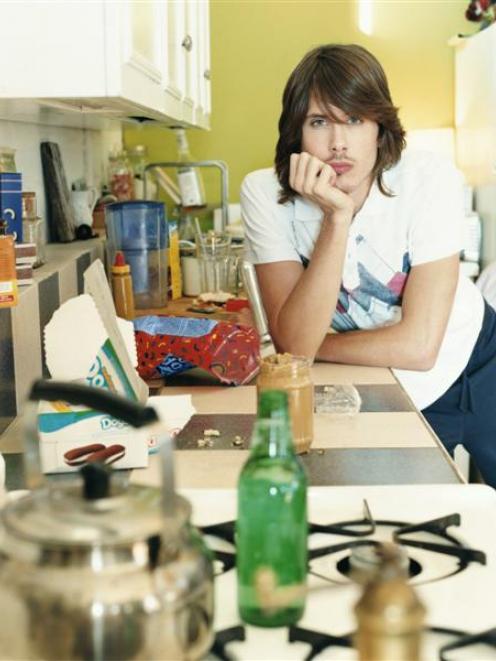 Ask people to list their most hated jobs around the house and chances are cleaning windows and ovens will figure prominently.

According to professional cleaner Traci Docherty, those tasks - also commonly associated with spring cleaning - are what we most dislike.

Some people still adhere to spring cleaning, a concept that comes from times past when houses were sealed airtight in winter.

But according to Mrs Docherty, owner of Custom Clean Ltd, people now spring clean whenever they feel like it.

Some who hire a cleaner weekly or fortnightly will have an extra spruce-up every three months, especially if the house has been renovated or shut up for a while.

And a spring clean can mean anything from scrubbing the oven and the kitchen walls to other jobs you do not get to often, like pulling out furniture and cleaning behind it.

As terrifying as it sounds, spring cleaning does not have to be a living nightmare.

One mistake people commonly make is trying to do too much at once.

They lose their enthusiasm once everything is out of the cupboards and on the floor, Mrs Docherty says.

Her advice is to list what needs to be done and then complete one room at a time, starting in the worst area.

And having cabinets full of cleaning products is unnecessary.

Her own kit consists of only six or so, including a spray-and-wipe product for kitchens and bathrooms and a cream cleanser used on stainless-steel sinks and on a clean toothbrush around taps.

Busy parents wanting to spend their limited free time with their families rather than on domestic chores, are increasingly hiring professional cleaners and gardeners.

Mrs Docherty knows how they feel - she hired help until she bought her business from her own cleaner.

"I was a vet nurse. I was riding racehorses. I had two kids. And I couldn't do it anymore. On a Saturday afternoon, the kids were playing sport and I was cleaning."

In her 1997 book, I love you but . . ., New Zealand author Christine Beckett calculated that in 20 years of marriage, she had done seven years more housework than her husbands.

Mrs Docherty says it is still often the women left to do work around the home, and although some men complain about having to pay a cleaner attitudes are changing.

"My husband does all sorts of stuff and a lot of guys do, but a lot of males are working 60 hours a week and don't have time to clean."

A few of her clients have physical disabilities which prevent them doing housework, but most - about 80% - have help because both partners are working.

Having someone clean your average-sized house will cost $50 to $60 a week.

Working with a colleague, Mrs Docherty cleans a house in 45 to 60 minutes.

But that is partly because the owners have picked things up beforehand, she says.

"We don't tidy, because we don't know where things go."

Some people asking her to look at their houses and give quotes even clean before the "cleaning lady" arrives.

However, this does not usually continue once they realise she is not there to judge them.

Once asked to clean a flooded wash-house, Mrs Docherty has also cleaned her share of student flats - but tries to avoid the latter.

Those rented by third- and fourth-year students are fine, but some are as you would expect them to be, she says, laughing.

"It's normally the living areas, where they have been eating and drinking, that are the worst."

To help you get started with your spring clean, the Otago Daily Times has five packs, each containing four Green Works cleaning products and an enviro bag, to give away.

Made from plant-based ingredients, Green Works products are environmentally sustainable, non-allergenic and biodegradable.

They are not tested on animals, come in recyclable bottles and are the first cleaning product to receive the "sensitive choice" stamp from the Asthma and Respiratory Foundation of New Zealand.

To enter the draw, write your name, address and daytime phone number on the back of an envelope and send it to "Spring Clean", Editorial Features, Response Bag. 500011, Dunedin, or email playtime@odt.co.nz with "Spring Clean" in the subject line, to arrive by midday on Wednesday.