Let them be lilies for a day 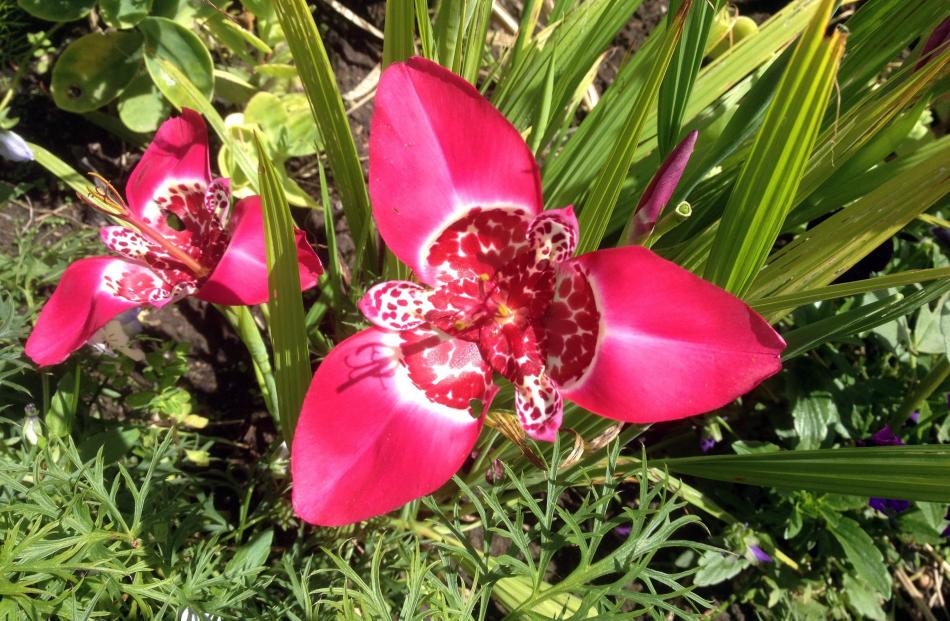 Often referred to as day lily or jockey's cap, Tigridia pavonia, is actually a member of the iris family. Photos: Gillian Vine 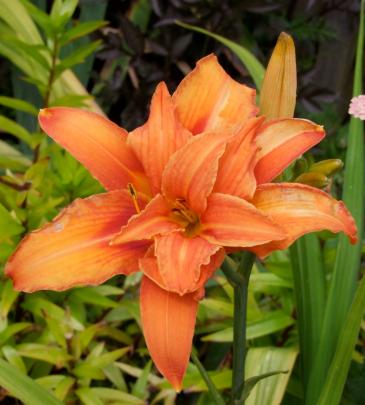 This double orange - probably a form of Hemerocallis fulva - does not produce seed. 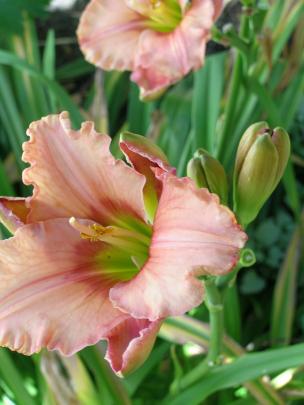 Many new varieties have attractive eye zones, as the darker colour at the petals' base is called. 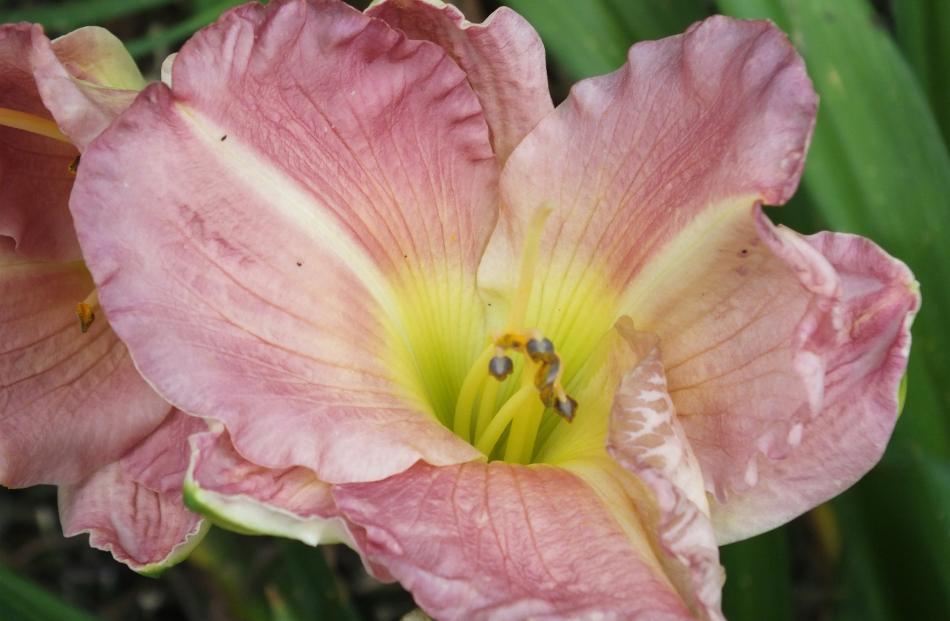 Lavender Tonic is one of an estimated 1000 Hemerocallis cultivars grown in New Zealand. 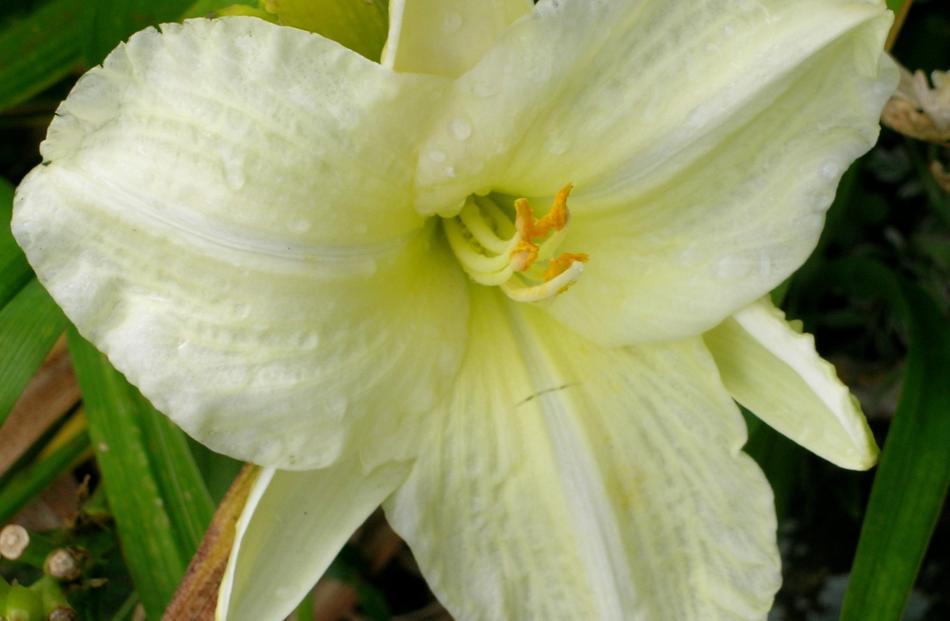 Ice Carnival would fit into almost any garden's colour scheme.

Gillian Vine looks at a misnamed plant, the day lily.

When is a lily no longer a lily? When it gets shifted from the Liliaceae family, where true lilies still live.

In the case of Hemerocallis, it has been moved to Asphodelaceae, alongside hostas, our flaxes (Phormium species) and Dianella. The name day lily, or daylily, is still widely used, confusing to those who, like me, grew up believing a day lily was jockey's cap (Tigridia pavonia). That Tigridia belongs to the iris family just adds to the confusion.

Because the two unrelated plants have flowers bloom for just a day, it is easy to see where part of the name comes from and some Hemerocallis certainly resemble lilies, although I don't get the lily bit of jockey's cap.

Call it what you will, Hemerocallis is an asset to the summer garden, being easy-care, tough, flowering for months and available in a wide selection of colours from off-white - Lady Louise, with a greenish throat, is typical - to deep plum, such as Chartwell, whose gold throat contrasts with the purple flower.

Another useful attribute is that day lilies range from dwarf - with flower stems rising about 50cm above the strappy foliage - to about 1m in height.

The familiar orange Hemerocallis fulva is native to Asia. All parts of the plant, including the creeping underground stems from which roots grow (the stolens), were used for medicines and food. It grows so readily that in parts of North America it is classified as an invasive weed. There is also a double form. 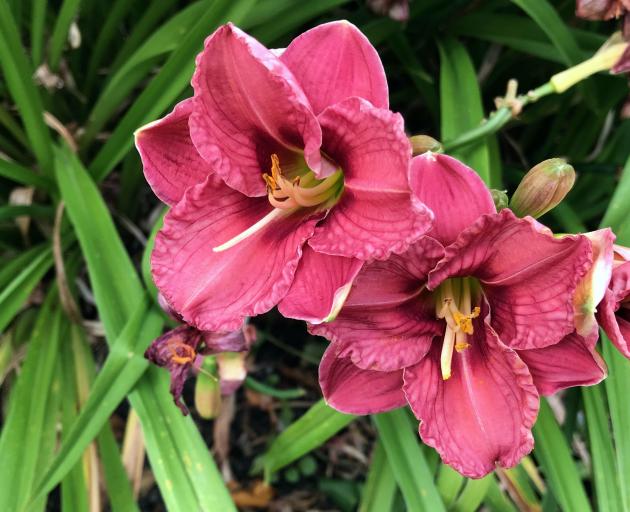 Siloam Ribbon Candy was released in 1981 by prolific American hybridiser Pauline Henry. Photos: Gillian Vine
H. fulva is sterile but some cultivars produce seed and growing from seed can be fun, as the offspring are unlikely to be the same as the parent.

Some day lilies are susceptible to Hemerocallis rust (Puccinia hemerocallidis), found in Auckland in 2011 and in the Bay of Plenty two years later but so far not recorded in the South Island.

It appears to thrive in humid conditions, so is unlikely to become a major problem for southern gardeners. Auckland Botanic Gardens has undertaken trials to identify cultivars most resistant to the rust.

For flowers, the gardens' top scorers in the trials were Baby Betsy, cherry-red with a greenish throat; Mini Pearl, warm apricot; Dancing Dwarf, lavender-mauve with a plum "eye zone" at the base of the petals and a green throat; Pandora's Box, cream with purple eye zone and green throat; and Nashville, an old (1952) cultivar with yellow flowers.

Overall, Nashville rated highly, as did common H. fulva and dark yellow Squeaky, although in Auckland conditions the species and Squeaky had fewer flowers.

Hemerocallis are not very fussy about soil, and most prefer to be grown in full sun, although some of the darker flowers tend to fade and the deepest purples are best suited to semi-shaded spots.

If you come across plants whose name starts with Siloam, they were bred in the United States between 1963 and 2000 by Pauline Henry, of Siloam Springs, Arkansas.

In my Dunedin garden, even the supposedly evergreen Hemerocallis die down in late autumn. That enables the leaves to be cut off, which keeps away the slugs and snails that tend to shelter in the foliage. I then throw a couple of handfuls of compost on the plant base.

I've seen Hemerocallis suggested as a cut flower, which is absurd, given the one-day nature of each bloom. Unless you plan to eat them, it makes more sense to leave them in the garden, so the succession of short-lived flowers gives an ongoing display.