Move to the 'burbs made easy 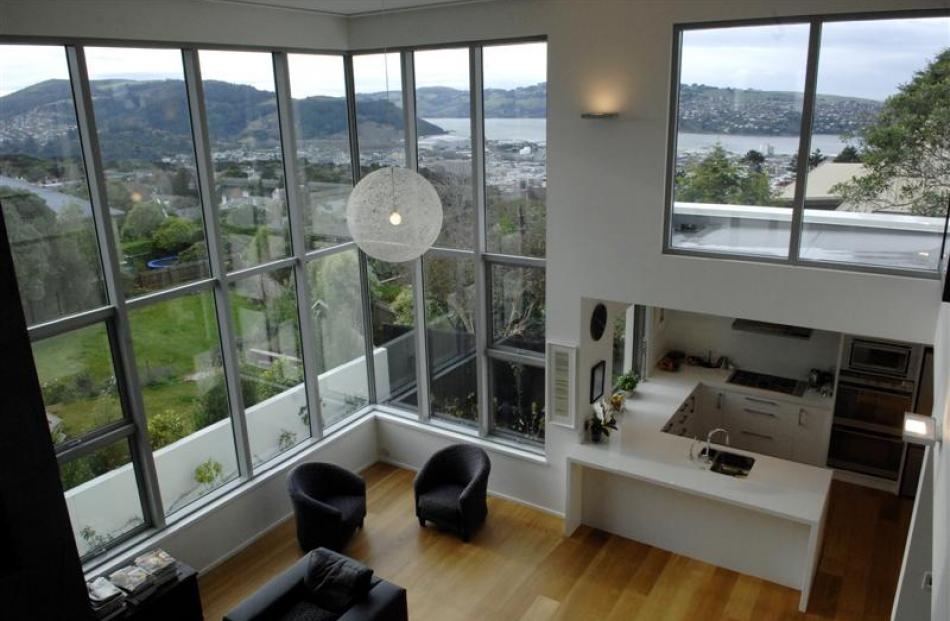 Interior living spaces are organised to make the most of the harbour view. This photo is taken from the mezzanine, which looks over the living area and kitchen. Photos by Linda Robertson. 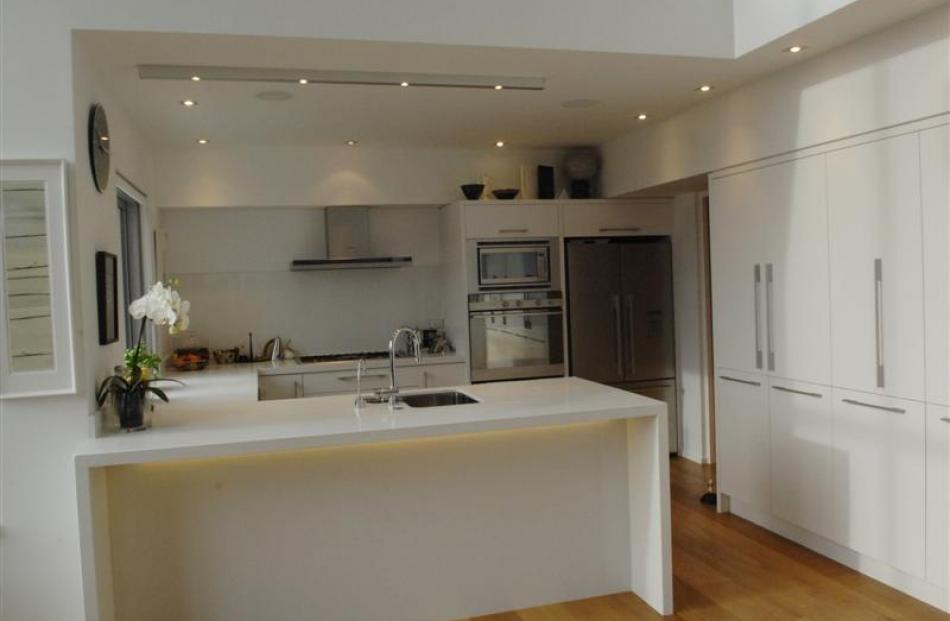 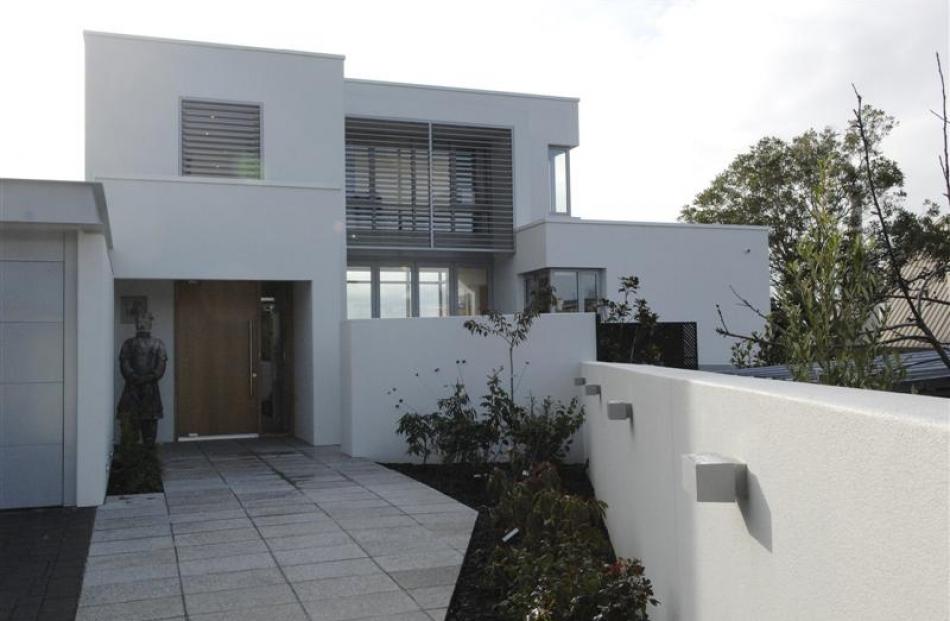 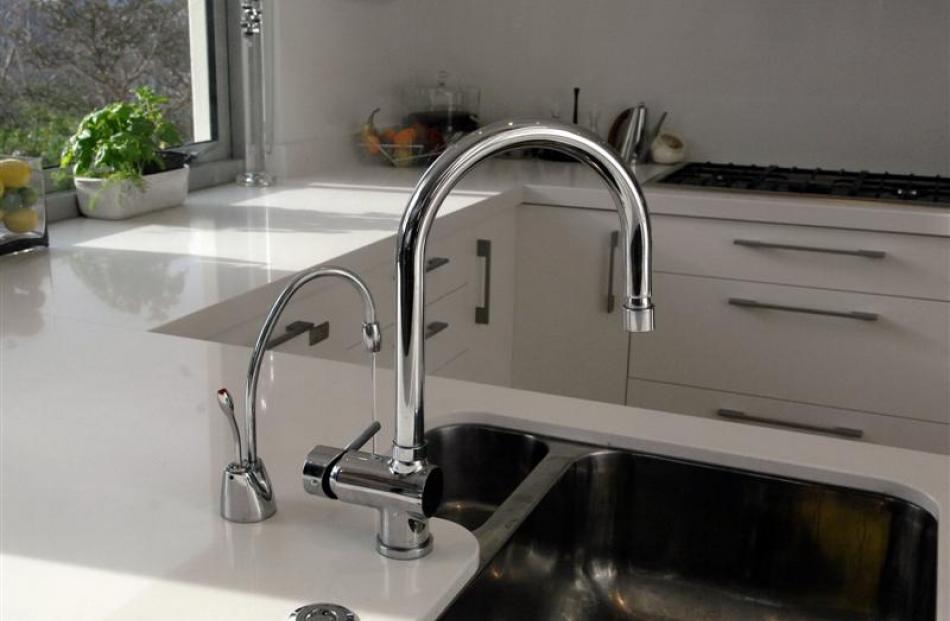 A favourite is the spout which is incorporated into the quartz work-top and delivers instant boiling water, eliminating the need for a jug and cord. 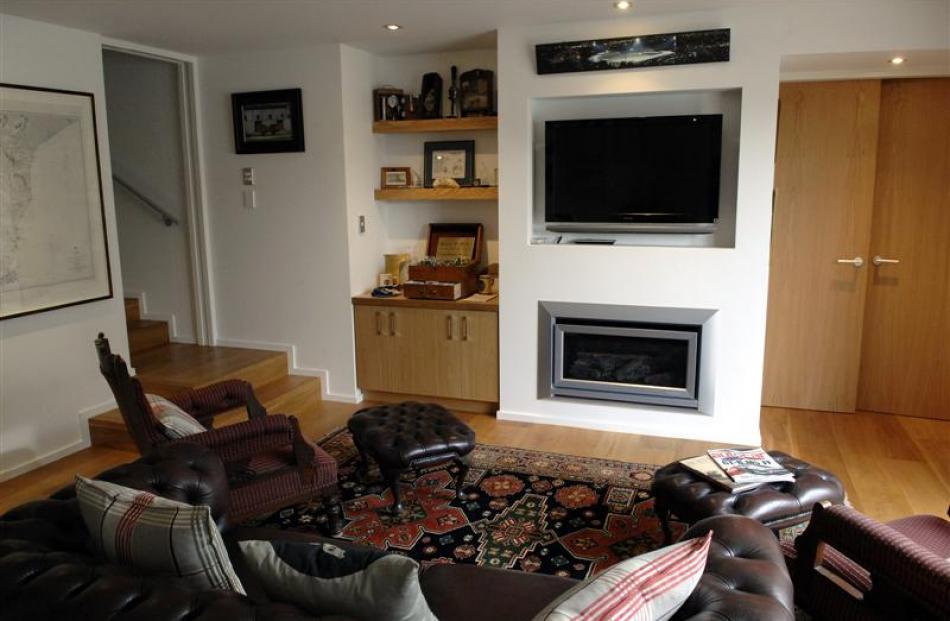 Favourite long-held pieces have found a new home on the lower level of the house. The double wooden doors lead to a wine cellar and tasting room. 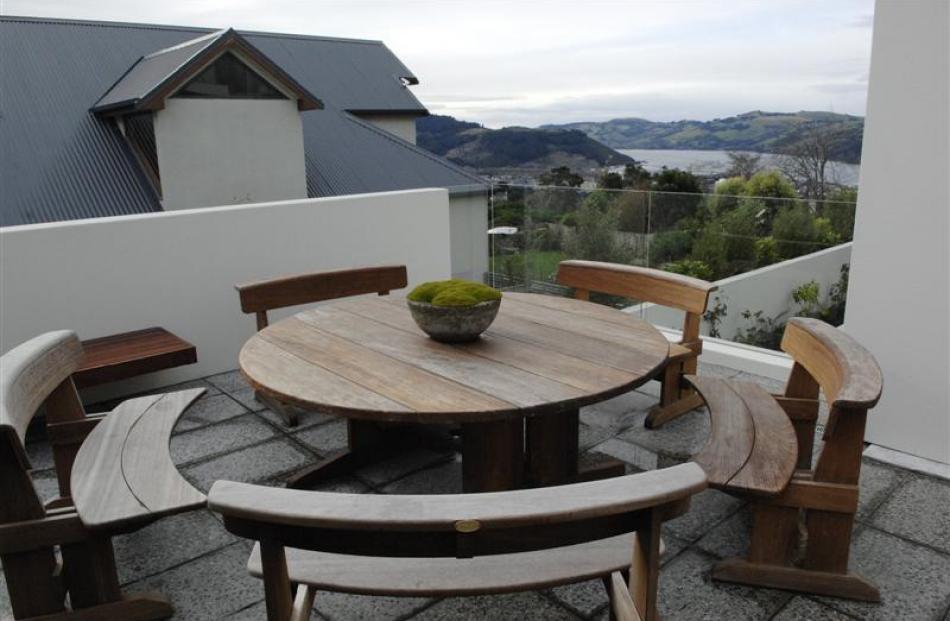 The outdoor dining area looks out over the harbour. 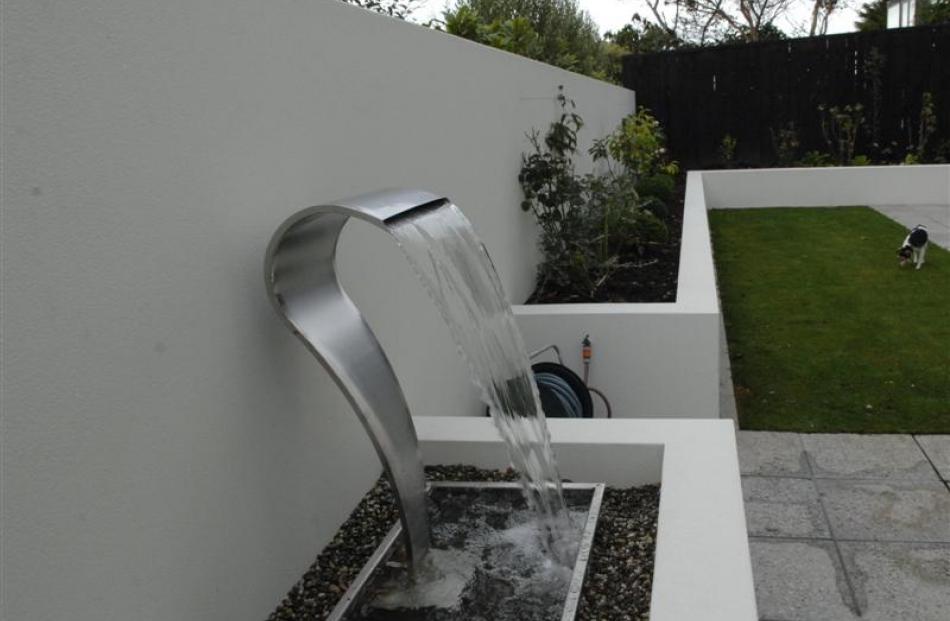 The water feature echoes the clean lines of the house. 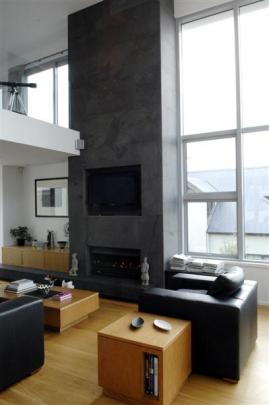 A central two-storeyed volume connects the living spaces while the towering chimney breast houses the gas fire and television.

When a Dunedin couple traded their listed inner-city property for a place in the suburbs, they wanted a home that was simple and easy to live in. Kim Dungey views the result.

Moving from a historic mansion to a contemporary home has been easy for the owners of this light-filled dwelling.

The couple had been living in a 127-year-old villa when they were out walking one day and found an old dilapidated house in Roslyn.

Although not planning to move, they were aware that their two-storey, five-bedroom home had been feeling a little empty since their children left home and decided to explore further if the house ever came on the market.

Five years later, they walked past again and saw that it was for sale. The next day they bought it.

Superb views of the city and harbour were available to the northeast of the site and before demolishing the old house, the couple climbed on to the roof and discovered what they would see if they built up.

A need to balance the ground-floor living space with room for vehicles to manoeuvre eventually led to a three-level configuration. However, the lower level is not apparent when viewing the house from the street and, as a result, one's first impression is that the building is less substantial than it really is.

Simple forms which intersect and overlap create a sense that the building is receding and this also reduces the volume of the house, which is constructed of concrete masonry, with a layer of polystyrene insulation to contain the thermal mass.

Interior living spaces are arranged to make the most of the harbour view.

A central two-storeyed volume creates drama and connects the living spaces on the middle level and the mezzanine above. This is set off by soaring ceilings and large banks of windows and glass doors.

While the interior has an open quality to it, there are still places to retreat to for privacy.

One of these is the mezzanine, where a grand piano sits alongside a small library. The piano had to be craned in through an opening at one end and then sat in a wooden crate while the builders worked around it.

Although the home is the antithesis of their former inner-city villa with its stained glass and character features, the owners have nothing but praise for architect Richard Shackleton, builder Bill Hamilton and interior designer Sue Medary.

In their previous property, almost every room had a fireplace and the many mantelpieces were an obvious place to display objects. Here, it is all light colours and clean lines, with practicalities such as the sound system and the heatpump discreetly hidden away.

The restrained colour palette inside and out helps the house to be viewed as a single composition when viewed from the exterior, and spaces to connect seamlessly on the inside. Walls are painted Resene Alabaster. American white oak is used on the floors and Timaru bluestone on the lofty chimney breast.

The only area where the decor is more eclectic is the lower level, which the owners call the "man cave". Actually a living and study area with a large cellar and wine-tasting area, it's home to their antique furniture as well as maps, medical instruments and other collectables.

A lift accesses the three main floors of the house, as well as the entrance, which is on a half level.

Two bedrooms, a bathroom, a laundry and a utility room can also be found downstairs.

The guest bedrooms were kept separate from the master bedroom and living space on the middle level to give visitors privacy and, like much of the house, open on to well-groomed outdoor spaces.