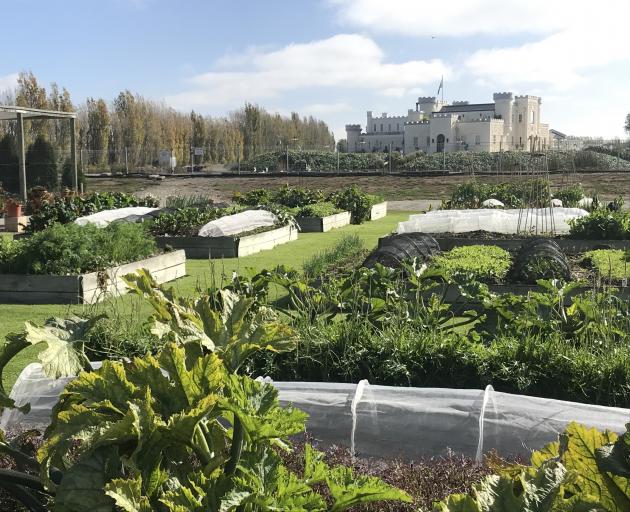 Raised beds at Riverstone Kitchen, with Dot’s Castle in the background. PHOTOS: GILLIAN VINE
From day one, a North Otago restaurant has featured its own herbs and vegetables. Gillian Vine reports.

When Riverstone Kitchen was being built, owner-chef Bevan Smith was determined to establish a kitchen garden to enhance the menu.

Fresh herbs and salad greens were used right from the beginning — and still are — but what is grown now reflects 15 years of refining choices and building up the soil to produce the healthiest possible crops year-round.

"We found that growing more unusual varieties was less problematic than asking commercial growers to supply them," Bevan explains. 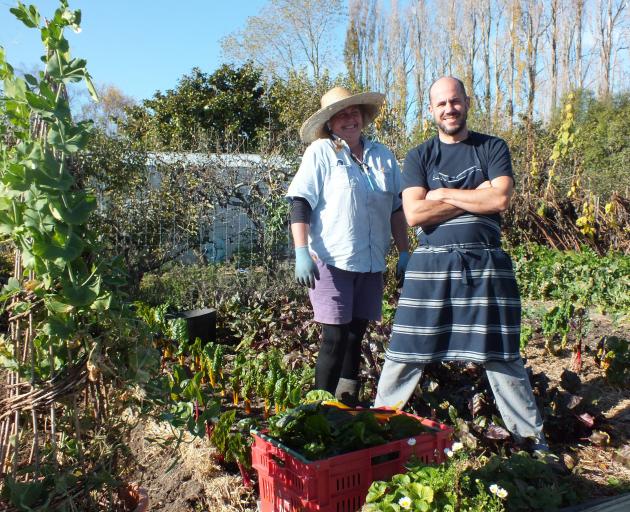 Gardener Ni Carter and chef Bevan Smith in Riverstone Kitchen’s garden.
As well as the appeal of these less usual vegetables, being able to harvest at the peak of freshness was the biggest drawcard.

"Early on, we could see the potential of the gardens and then we needed to supply what we wanted," Bevan says. 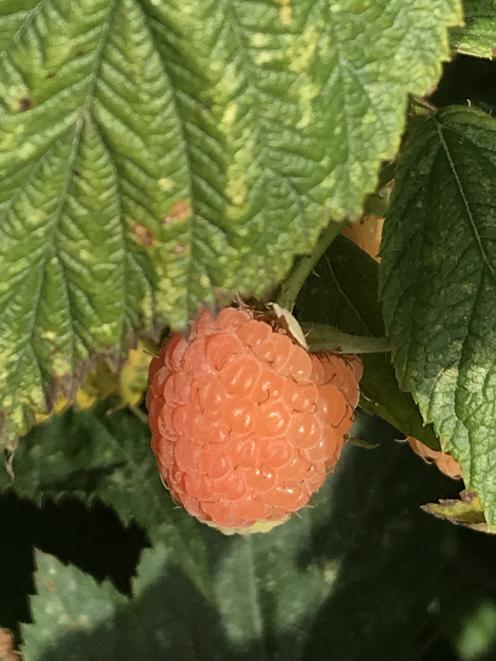 Ivory raspberry is as delicious as the more familiar red type.
"There are areas of beautiful soil around us but where we are, we’re on very free-draining alluvial soil, so you’ll see the majority is grown in raised beds."

That means being able to control the soil content but a drawback is that more water is needed for raised beds. Bore water is used on site and filtered for Riverstone Kitchen.

North of Oamaru, Cavolo Nero proved a hardy, all-year-round kale that was easy to grow, while the seed heads of other brassicas were found to be "really tender and edible".

Riverstone Kitchen tries to be as self-sufficient as possible, producing all leafy greens and herbs, and "perhaps 50% of other vegetables", Bevan says, but does buy organic Jersey Benne potatoes and berries from local growers.

A small orchard, established by Bevan’s parents when they bought the original farm in 1983, has been revitalised. As well as running the on-site shop, his mother, Dot, still plays an active part in the garden. 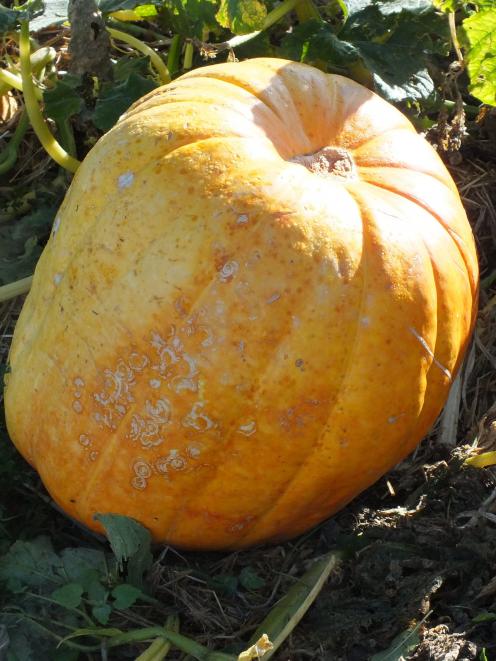 The gardens are attractive to stroll around, so visitors can gain inspiration by what is grown and then have a meal and discover how good it all tastes.

"People love to walk around and it’s a real source of pleasure for Dot and the gardeners to share their knowledge," Bevan says.

Make no mistake: gardening of this type is very labour-intensive, and three gardeners are needed for the work of producing food, seed propagation, soil health and maintenance.

Gardener Ni Carter takes an organic approach. She does lots of in situ composting, using kitchen waste such as fish bones, saying, "We like to feed the soil."

Coffee grounds are not wasted, as Ni finds them a useful snail and slug deterrent that will improve the soil. Just don’t use too much coffee, she cautions, as it creates a barrier and chokes the soil below. 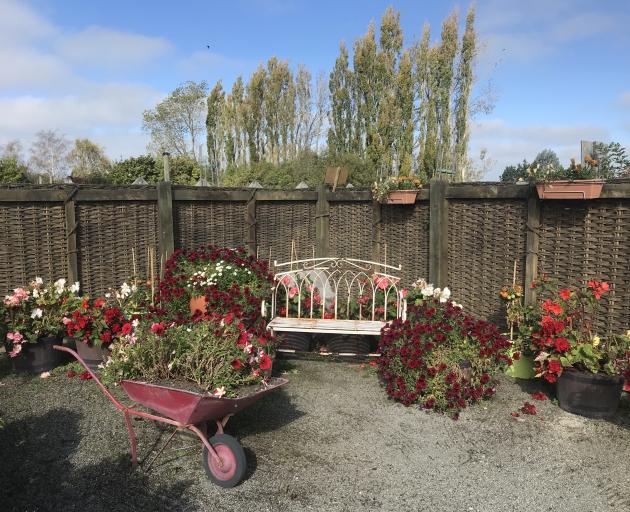 A bright corner in the garden.
She recommends pyrethrum to keep cluster flies from getting established and uses a mix she calls "Thai salad dressing" to keep pests such as white butterflies at bay.

During last year’s lockdown, Bevan worked in the garden, in anticipation of getting back to business.

"Gardening’s a lot of work but a very peaceful occupation. It’s very, very rewarding," he says. 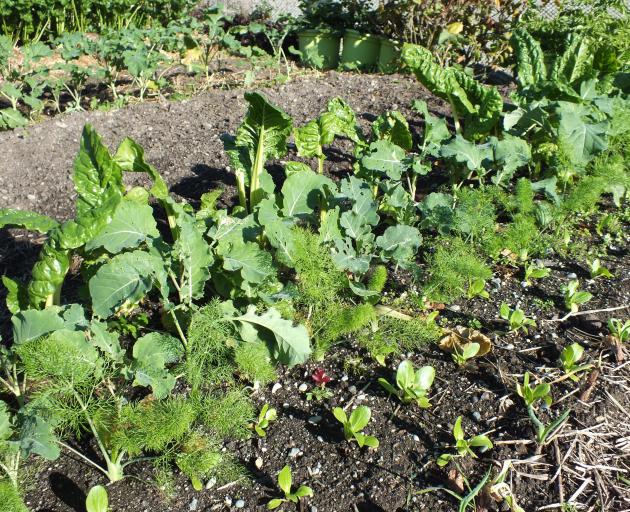 Young vegetables that will be used in winter dishes.
"The variety of vegetables and herbs is infinite."

Asked for favourites, he puts French tarragon high up his herb list.

"It’s such a beautiful herb." 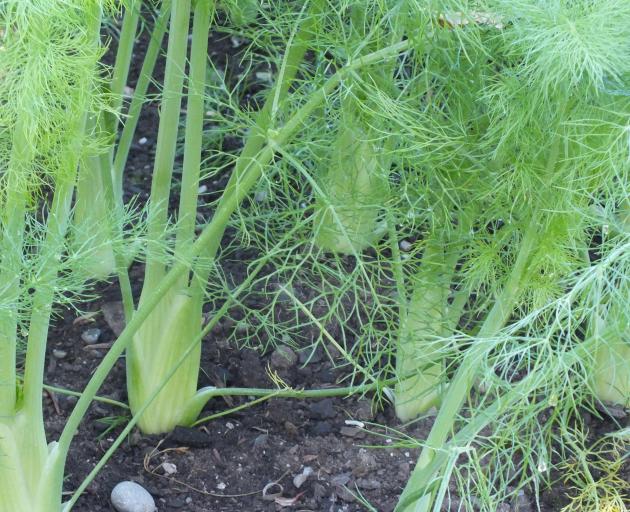 Florence fennel is one of Bevan Smith’s favourite vegetables.
He strongly recommends tarragon cream sauce as being perfect with roast chicken.

Then there are baby carrots; broad beans harvested while tiny, fresh horseradish — "We can’t grow enough of it" — and winter salad vegetables such as minutina (Plantago coronopus).

Of other vegetables, he says: "Zucchini, Cavolo Nero, celeriac and fennel would be my absolute favourites, but if I had to pick one, it would be fennel."

Summing up, Bevan says: "Seasonal is everything. It drives our menus and we’re always trying to use things at their peak."