A Dunedin couple are restoring a historic hotel with an intriguing history. Kim Dungey reports.

Whisky and brandy are not the only spirits associated with the former Coach and Horses Hotel at Fairfield.

"I don’t have a sixth sense, so I’m oblivious to it," Mrs Turner begins, before explaining that her husband was installing heating upstairs when he heard squeaking from a balcony that no longer existed. 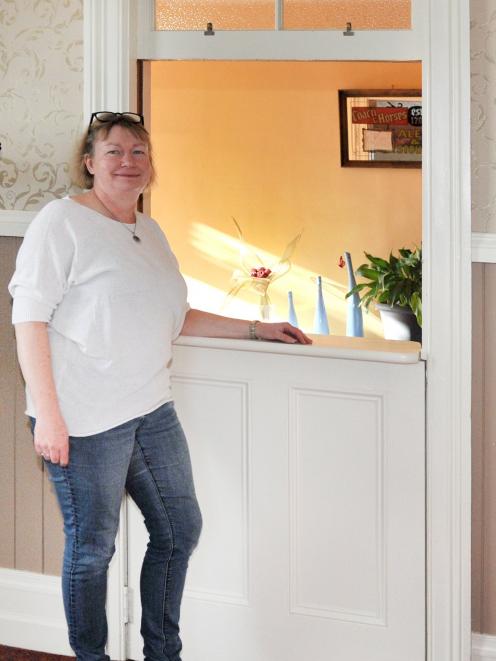 Penny Turner at the split stable door dividing the former bar from the hallway. Photos: Christine O'Connor
"Apparently, there used to be a nanny here who looked after the children and at night, she’d be on the balcony in a rocking chair."

Another was thought to be a man who worked at the hotel, stocking the bottle store and answering the front door to guests: "People used to get taken aback because he’d meet them at the door first, before we opened it."

Neither the Turners nor their three children were concerned: "It’s as much the ghosts’ house as it is ours and as long as they’re nice, it’s not a problem."

For the past 18 years, the couple have been restoring the historic property and hearing stories of its colourful past. One proprietor had a flair for fortunetelling. Another apparently hid "mountain dew" under the kennel of a particularly ferocious dog that was let off the chain only briefly each day.

The first pub on what was the main south road at Saddle Hill was the Hit and Miss Hotel that opened in 1861 and catered for those heading for the goldfields.

In 1875, its name was changed to the Coach and Horses. It is not clear if coach horses were ever changed there but the hotel was a convenient overnight stop for drovers taking stock to the meat works, the saleyards and distant farms.

In the Shelter of Saddle Hill, written by Nicol MacDonald and updated by Stephen Weir, describes how for more than 50 years, the hotel provided food and shelter for these men, stabling for their horses and holding paddocks for their animals.

Drays also carried vegetables daily from the Taieri Plain to auction rooms in Dunedin and it was common for farmers to call in at the hotel on the way home to discuss sale prices. 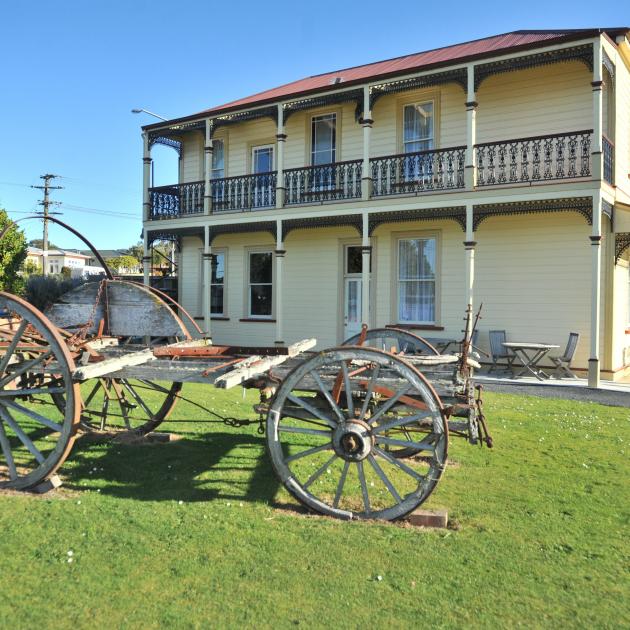 Many people drove past the building before Fairfield became a bypass of Dunedin's southern motorway.
In 1904, the hotel was destroyed by fire and the present premises were built.

Two years after opening, the new hotel lost its liquor licence, apparently because of a technical oversight.

However, it continued to operate as accommodation, a tearooms and a store. It was not until 1950 that the farm was subdivided into building sections and 1959 that the hotel became a family home.

Mrs Turner says the house had always intrigued her because it had a "mysterious door to nowhere" — the former prominent balcony had rotted away and the door opened from the first-floor drawing room into thin air.

Both she and her husband looked through the building when it was put on the market. But later, without her husband knowing, she went to the auction, bid on the property and eventually put in an offer that was accepted.

"The house had a nice feel to it," she says. 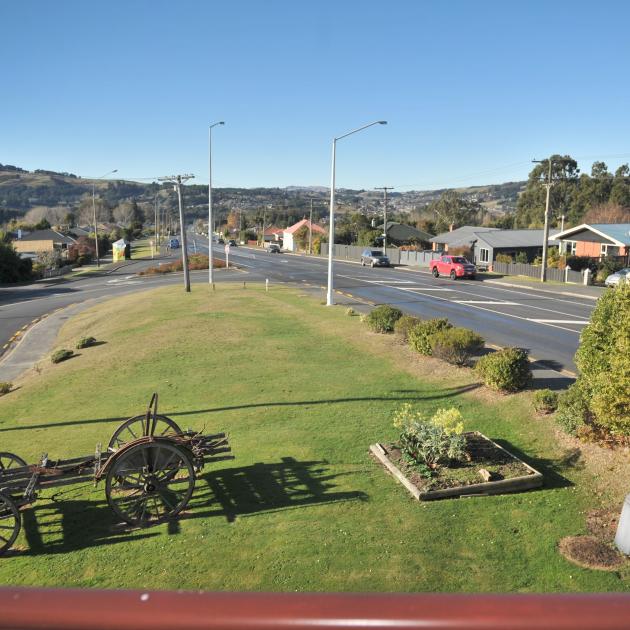 The balcony looks out over Fairfield. The owners say the old dray came with the property and probably carried goods rather than people.
"I could see the potential and with it being partially restored, it was liveable. It just needed quite a bit more work done to it."

Mr Turner, a carpentry tutor, and his wife, who works in administration, had done up houses before but this would be their biggest project.

The work involved converting part of the large kitchen into a ground floor bathroom, stabilising some internal walls, redecorating inside, painting the exterior themselves and putting in a coal boiler and radiators. Previously the only heating came from open fires.

Plans to turn the premises into a restaurant in the 1990s never came to fruition but previous owners did do some restoration work and saved it from being condemned.

Mementos uncovered during the renovations included old cigarette cards that had slipped down behind a mantelpiece. They also found a 1942 letter from a soldier, stuck under a skirting board beneath the stairs. 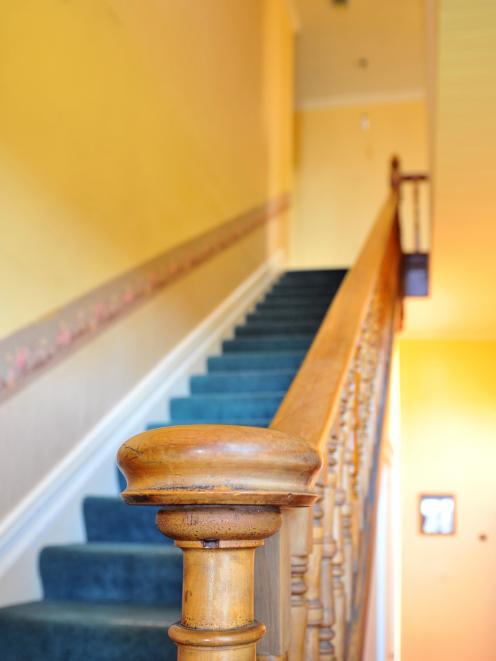 In the past, accommodation at the hotel was was upstairs.

Built mainly from kauri, the hotel included a public bar, a ladies’ lounge, a bottle store and a kitchen with a serving hatch into the adjacent dining area. Upstairs were seven bedrooms, the owners’ private "drawing room" and the only bathroom. Originally, the toilet would have been outside.

Patrons entered the public bar — now the Turner’s living room — through double doors on one corner of the building. The kauri bar would have run from one end to the other and the room would have been filled with cigarette smoke, Mrs Turner says.

"We washed and painted the ceiling four times to stop the nicotine stains coming through."

A split stable door that still opens into the hallway enabled those who were staying the night to collect their room key from the barman as they came though the front door.

The bottle store was deliberately sited in the coldest part of the house because there was no refrigeration. That area is now a home office while the ladies’ lounge, where it was acceptable for women to drink, is the Turners’ dining room.

The front lounge had several uses over the years, Mrs Turner says.

Salesmen staying at the hotel would do their paperwork there at night and when there were tearooms, it was a corner dairy containing dry foods such as cereal and flour. It was also a communal lounge for those staying at the hotel while their homes were built in the developing suburb of Fairfield.

The couple, who plan to hold an open day to raise funds for charity when renovations are complete, say the high point had been adding back a balcony. 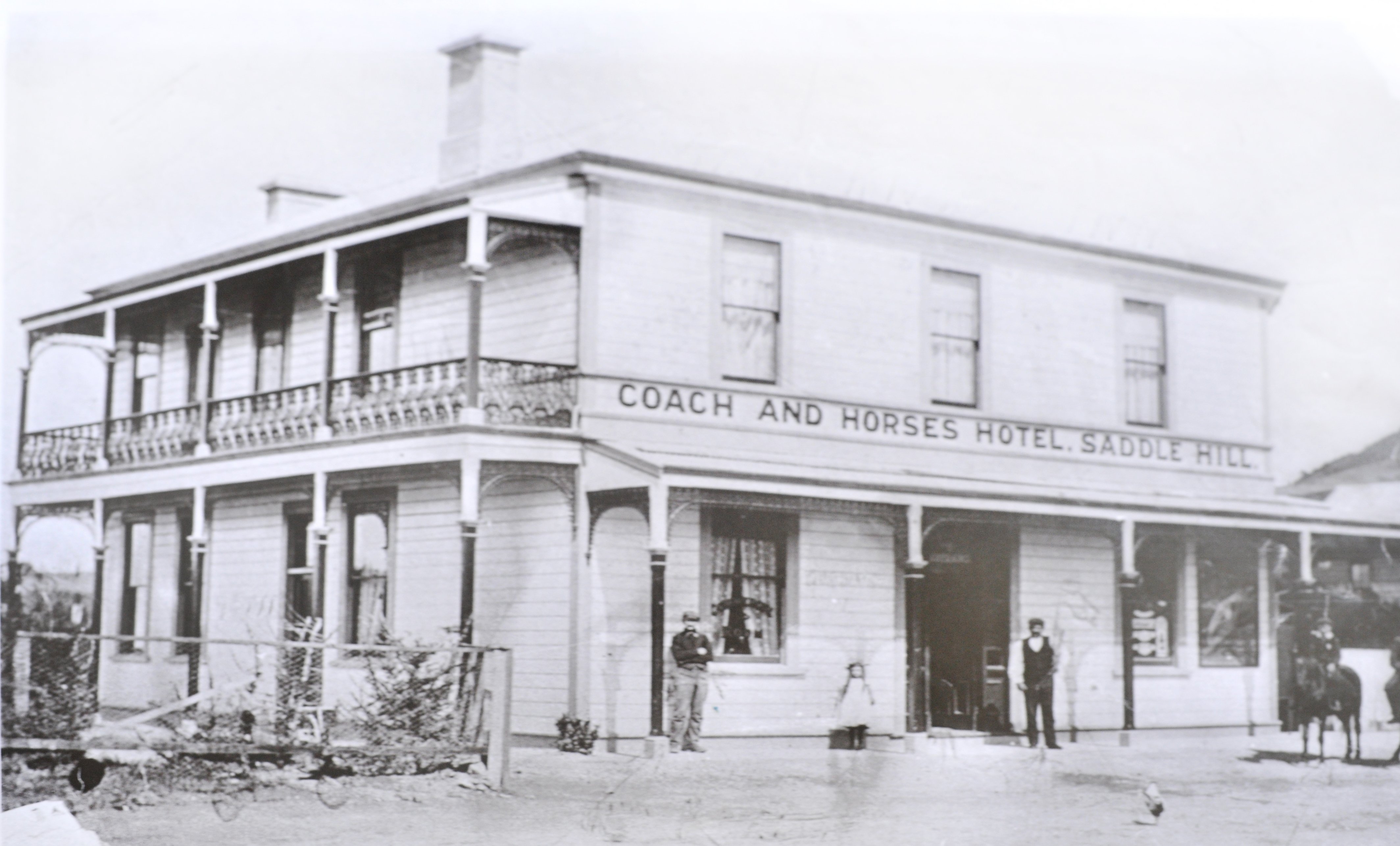 The Coach and Horses Hotel in 1904.
Partly funded by the Dunedin City Council heritage fund, that work took place in the same part of the house where Mr Turner initially heard squeaking.

"As soon as it went back on, you’d be working outside and people would say how lovely it looked," Mrs Turner says. "It gives you a nice buzz." 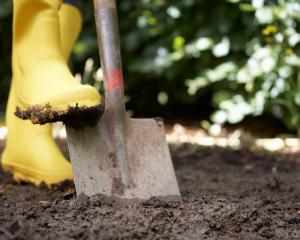 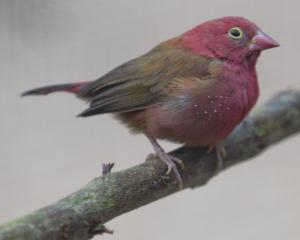 There was or is a similar building on the other side of saddle hill located in what used to be a sharp bend in the old South Road.