The archway in the hall was in perfect condition but the kauri flooring was riddled with borer so new kauri was run to match the original profile. 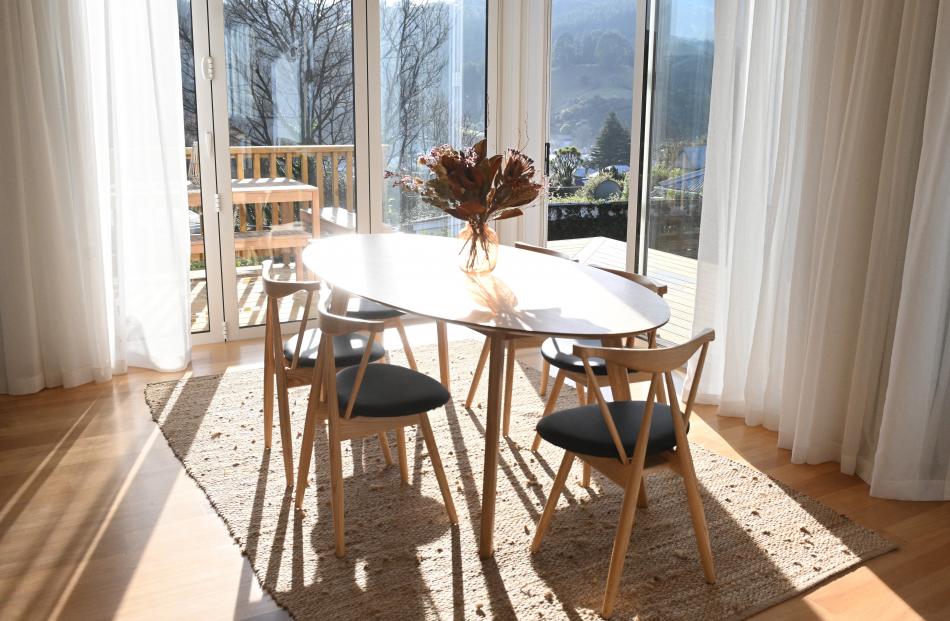 The rear extension takes advantage of the northerly aspect and, together with the kitchen and lounge, creates an open-plan living area. 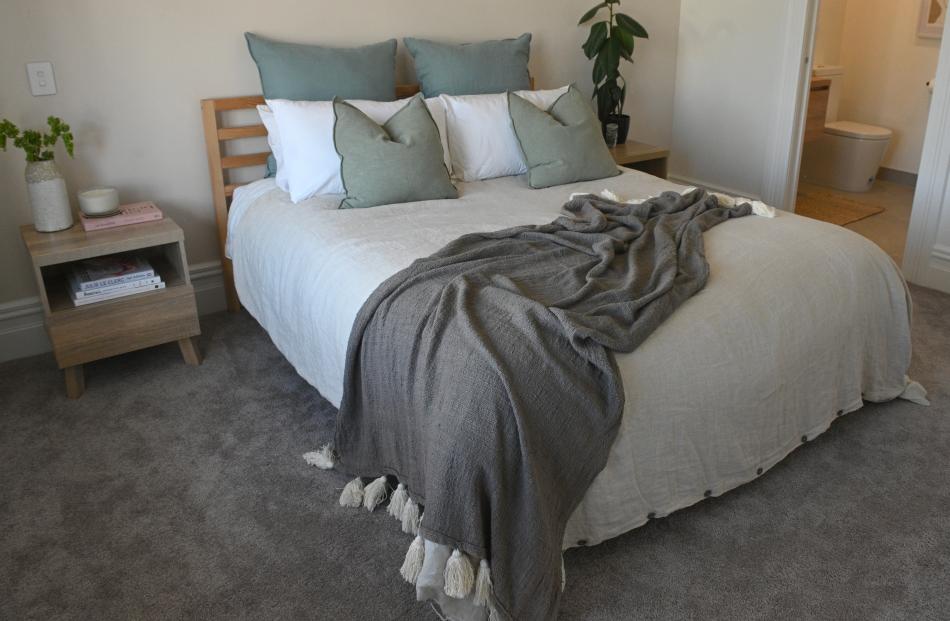 An old brick fireplace and chimney were removed to create space for an en suite off the main bedroom. 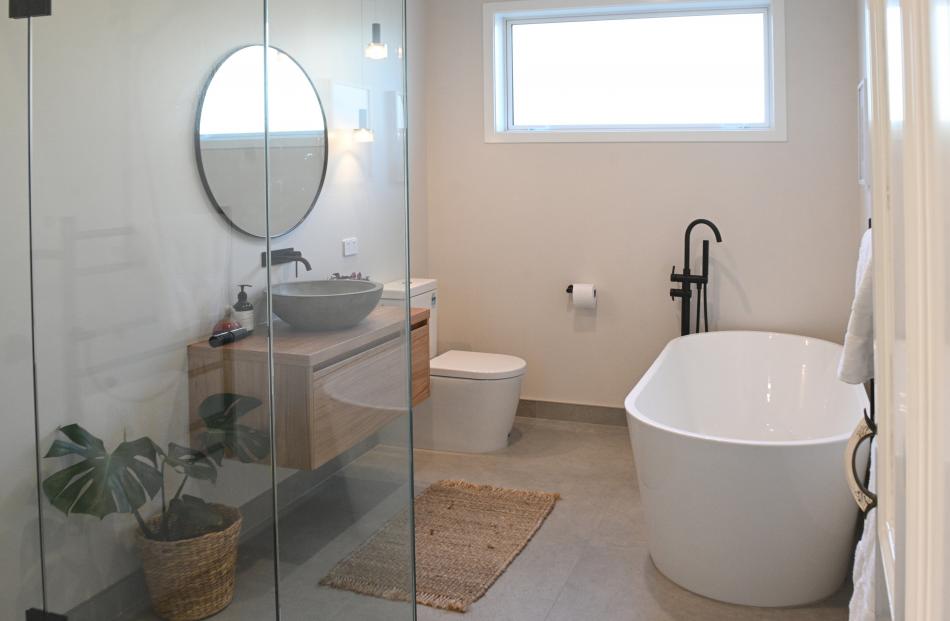 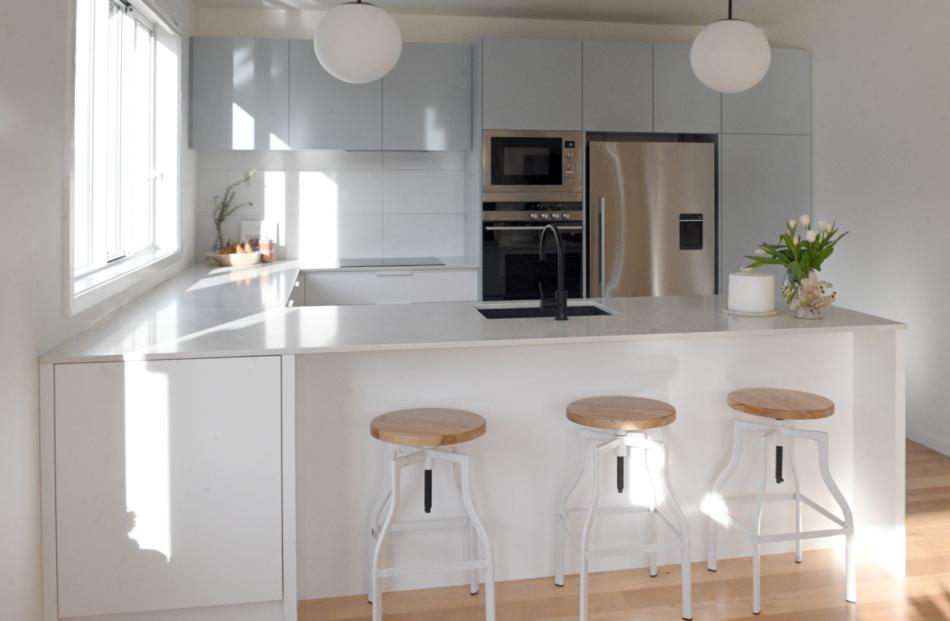 Pale blue cabinets provide soft colour in the otherwise white kitchen. Bifold windows over the bench open to the deck. 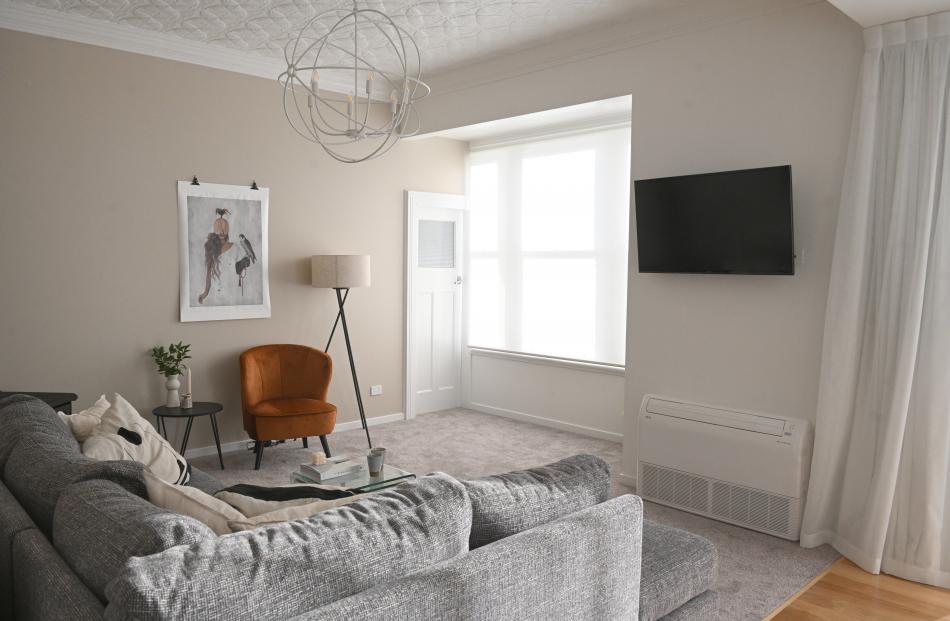 The lounge remained in its original location. The white door leads to a sunroom that is used as an office. 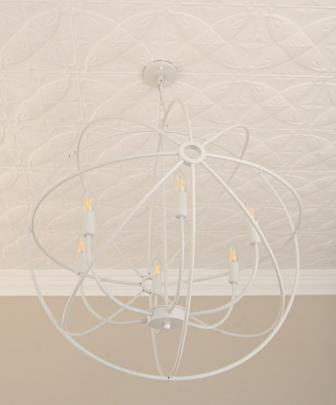 Miss Robinson spent a long time searching for a light that would complement the Victorian pressed tin ceiling in the lounge. She found this white orb pendant at Mr Ralph Lighting.

Persistence paid off for the owner of this renovated Dunedin villa. Kim Dungey reports.

For four years, Claire Robinson slipped notes into a letterbox, asking if she could buy this house 150m from where she had grown up. She never received a reply and knocks on the door went unanswered.

Attracted by the traditional facade, large section and all-day sun, she never gave up on making the villa her own.

When an email finally arrived, asking if she was still interested in the property, she had just relocated from Perth back to Dunedin. The timing was "perfect". 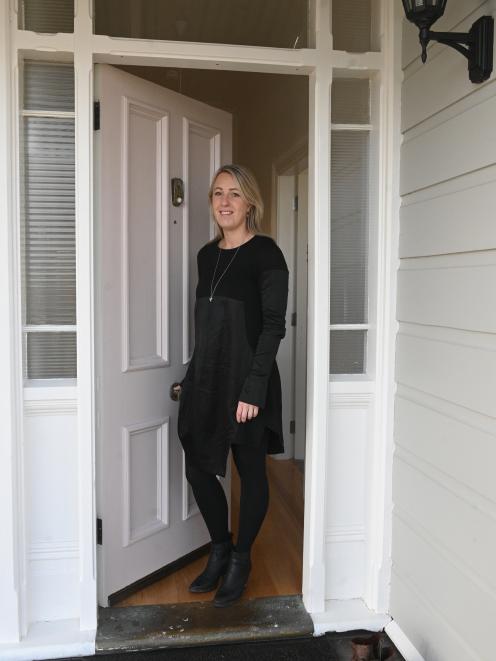 Claire Robinson says she enjoyed the physical challenge of rebuilding her villa: "I knew I’d learn a lot from it and it would be a great experience."
Miss Robinson learned the home’s owner had died a few years before. Concerned the house could be demolished and the 800sq m site developed for units, his children had left the property vacant while they decided its future.

Built about 1905, the house was in a derelict condition, she says. The roof leaked, the piles were shot and the kauri floor, riddled with borer.

"Every single person told me to demolish [it] due to its condition. However, this was never a consideration."

Instead, she moved in with her mother at the top of the street and spent two months obtaining building consent, seeking quotes and doing demolition work. A lean-to bathroom and a double fireplace with chimney both had to go. A holly hedge that was taller than the house was pulled down by the Green Island Rugby Club as a fundraiser.

When Miss Robinson returned to fulltime work, builders Keith Russell and Logan Turner were employed. However, she continued to manage the project and worked on site at nights and weekends to save money.

Miss Robinson says the property has essentially been rebuilt from the bottom up, with a new roof, plumbing, wiring, kitchen and bathroom and the addition of an en suite.

The south side of the property was rotten and the entire house had to be lifted 100mm, with new subflooring installed throughout. Fifteen skips were filled with rubbish.

"I ended up developing the house to a higher quality than I initially anticipated so it would have been about the same cost as building new. But you wouldn’t have retained any of the character features."

She and the builders went to great lengths to restore those original features, including the arch in the hall, the sash windows and the filigree lacework on the veranda.

New ceilings, cornices, skirting boards and architraves were run to match the original profiles. She also had the borer-ridden kauri flooring replaced with the same timber and profile: "No-one really supported my decision because of the cost and because it’s reasonably soft but it was important to me to reinstate with the original timber."

At the back of the house, the kitchen and the lounge were linked with a dining extension that provides open-plan living leading on to a north-facing deck. 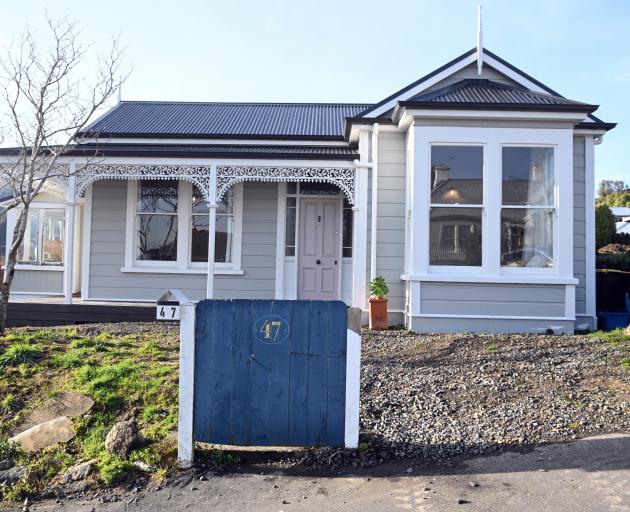 From the pale pink door at the front to the open-plan extension at the back, this North East Valley home reflects the tastes of its hardworking owner. Landscaping and fencing will be completed this summer. PHOTOS: LINDA ROBERTSON

Co-ordinating tradesmen and finding enough hours in the day were the main challenges.

"The builder would teach me what to do each week. Then I’d have the task finished by the Sunday."

"So I was learning a lot of skills I hadn’t previously had to utilise ... I enjoyed the challenge. And I had to get it done. I didn’t really have an option."

Friends, family and neighbours provided support. YouTube videos were invaluable, showing how to putty a window, insulate walls and put in building paper.

The only major "hiccup" was the budget, which stretched to bifold doors, but not timber joinery, within the extension. Wooden frames with double glazing will be retrofitted later.

While quite capable of removing walls, filling in drains and painting the home’s exterior, Miss Robinson knew choosing colours, lights and window treatments was not one of her strengths so enlisted the help of interior designer Nikita Hau.

"The main concern was tying in the character at the front of the property to the modern extension," she says. "I wasn’t sure how to make it flow. I also wanted colour in each room but something that was timeless."

The hues selected included an elegant grey for the weatherboards, a pale pink for the front door and a powder blue for the kitchen.

Her favourite feature, though, is the pressed tin ceiling in the lounge, one of only two original ceilings that could be saved; the rest were too damaged by water. 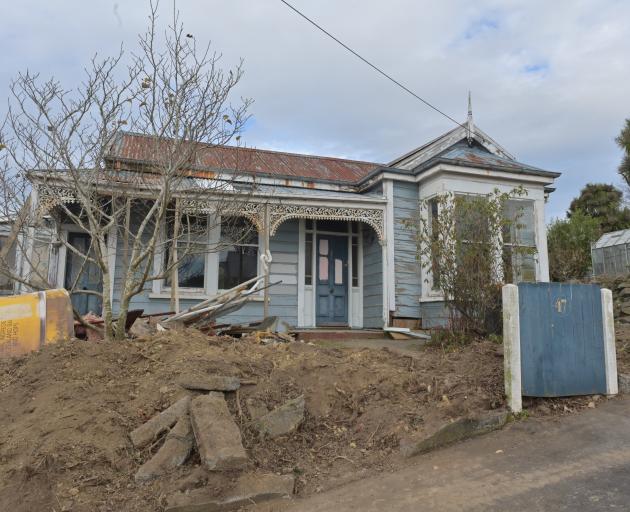 Most people thought the house should be bulldozed but Claire Robinson saw potential in the 114-year-old property.
In the bathrooms, polished concrete basins sit on top of solid blackbutt timber vanities.

In the hall, an old advertisement states the St Johns Wood subdivision on which the house was built recommended itself "to all classes, but especially workmen, mechanics and clerks".

"Not sure I fit that target market but close enough," laughs the 32-year-old, who started the year-long project on her own but who now shares the home with her partner - a friend’s brother who came to help with the painting.

When it comes to advice for other renovators, Miss Robinson recommends getting quotes for larger cost items in advance, engaging an interior designer at the same time as hiring an architect or draughtsman, selecting fixtures and fittings before work starts and getting a valuation on an "as complete" basis to avoid overcapitalising.

"Another tip is not to listen to other people’s opinions. Just go with your gut feel and if someone can’t do what you want, look for alternative suppliers."

Happy with her warm, comfortable and low-maintenance home, she has no desire to take on such a big project again, especially not while working full time.

"I did enjoy it though," she says. "It had a lot more ups than downs." 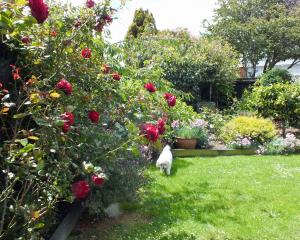