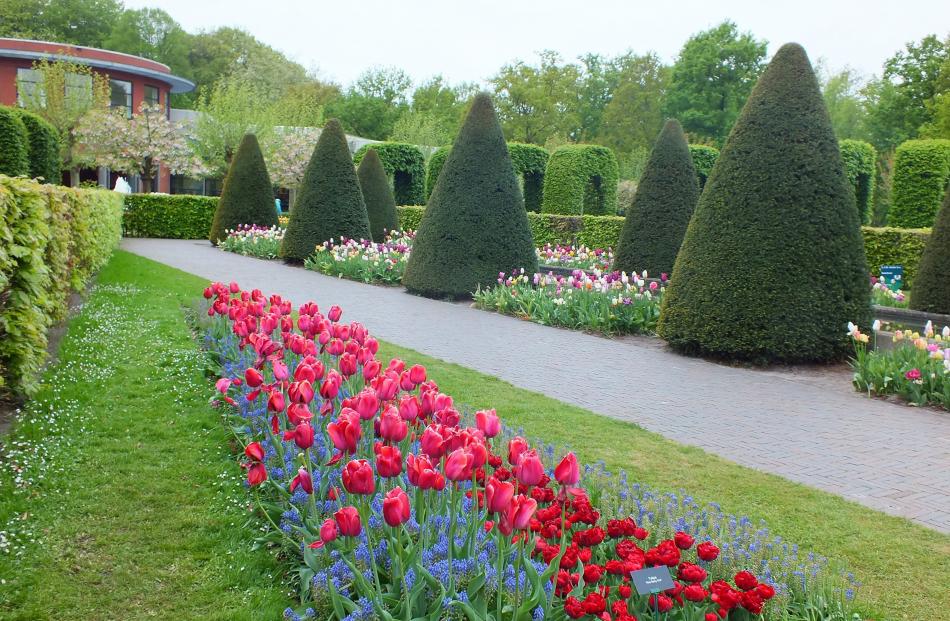 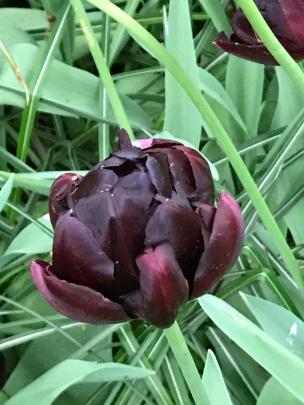 Black Hero is a double version of the popular deep maroon Queen of the Night. 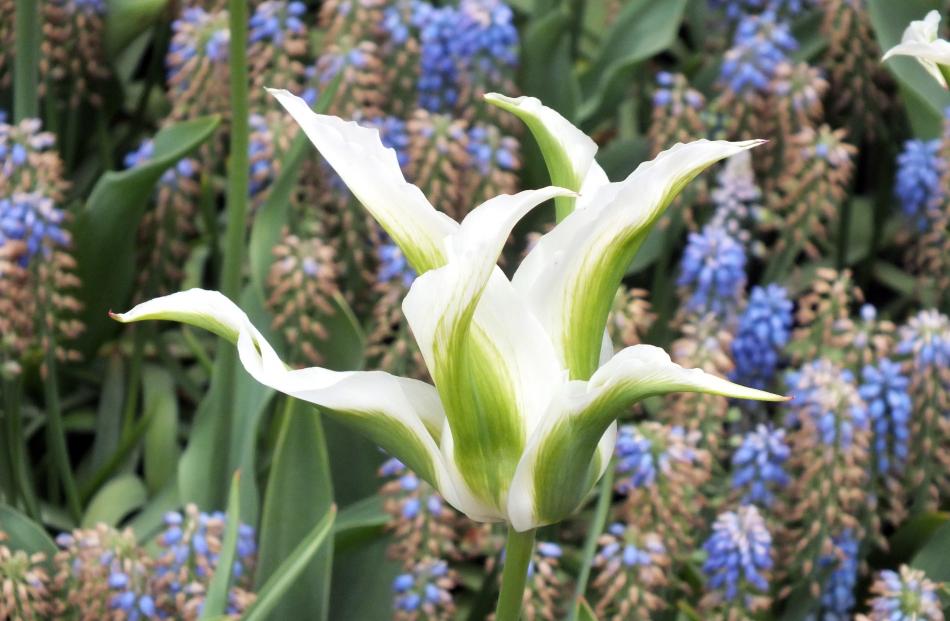 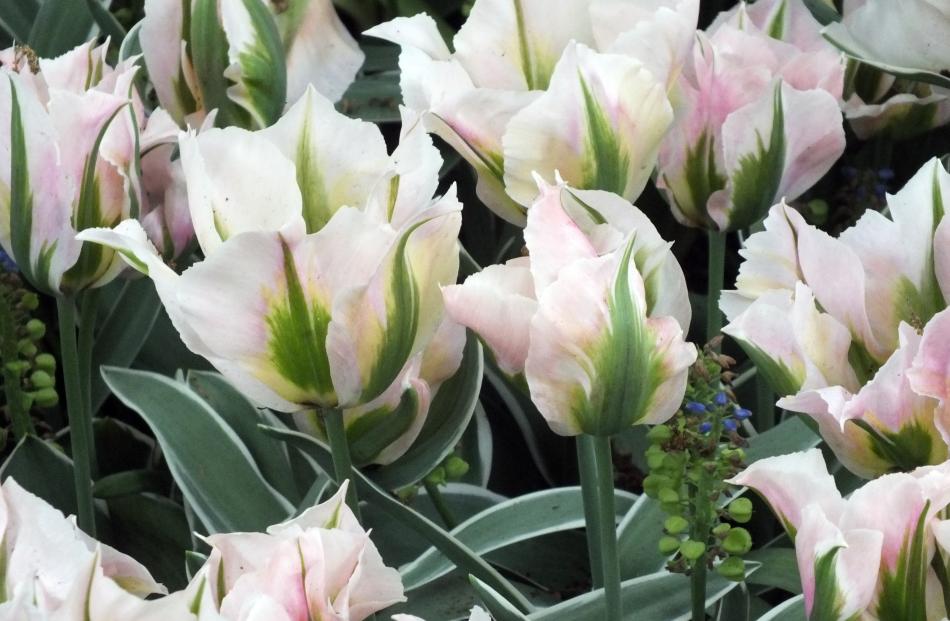 China Town is an eye-catching viridiflora with variegated leaves. 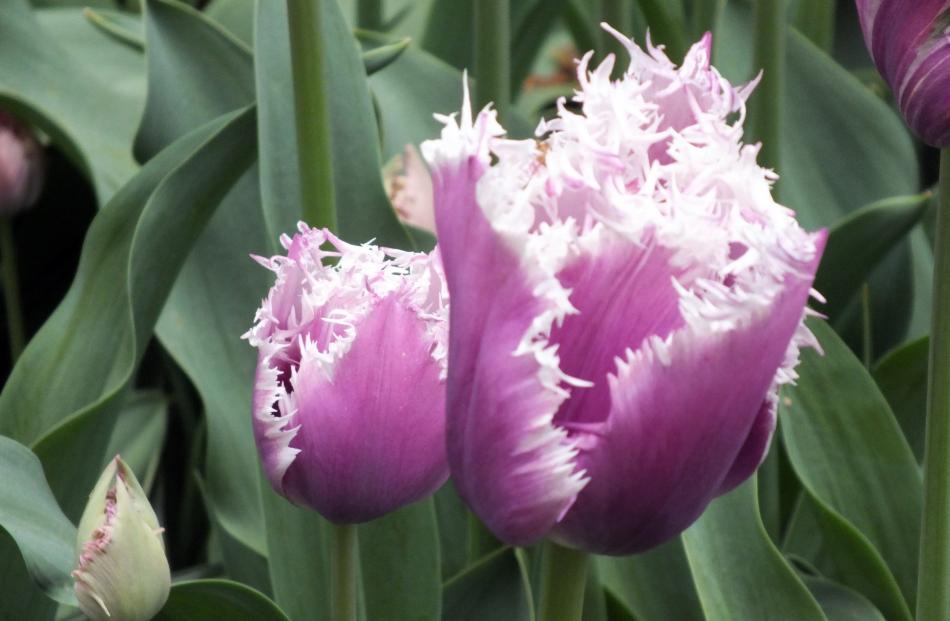 Cummins was one of many frilled (fimbriated) cultivars at Keukenhof this year. 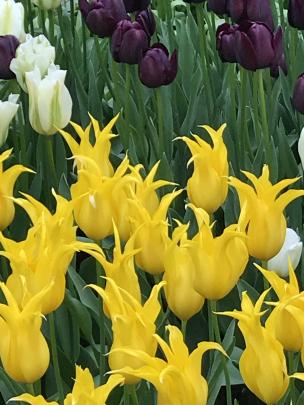 Westgold (with Spring Green and Queen of the Night behind it) was a real charmer. 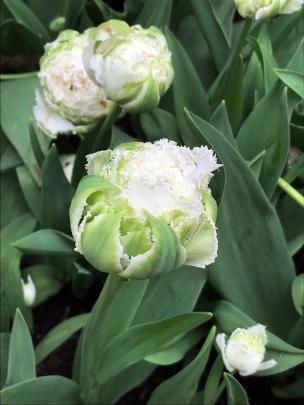 With its viridiflora green stripes, fringed petals and chubby blooms, Snow Crystal was a near-perfect tulip. 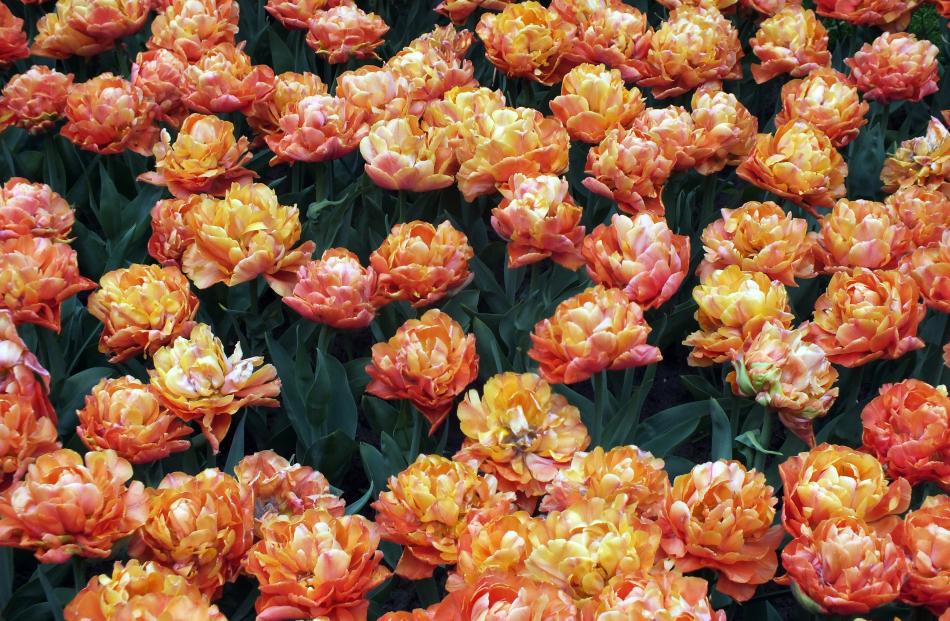 Beds of hot orange, such as this of Valvidia, were popular at Keukenhof.

Gillian Vine gets an attack of tulip mania.

The news that autumn will break the record for warmth has its down side, for unless we get 10 decent frosts over the next month or so, tulips will perform poorly in spring.

Optimism is part of the gardener's makeup, though, and tulips are part of most of southern spring displays, even if some years the bulbs do better than others.

In April, tulips dominate the Dutch landscape on the coastal strip between Leiden, The Hague and Haarlem. Near Lisse is the much-visited Keukenhof, where a 15th-century garden - revamped in 1857 - was redesigned in 1949 to showcase Dutch bulbs, principally tulips.

The first Keukenhof show attracted 200,000 visitors; this year the two-month displays saw about 1.5 million people, including me, come through the gates. 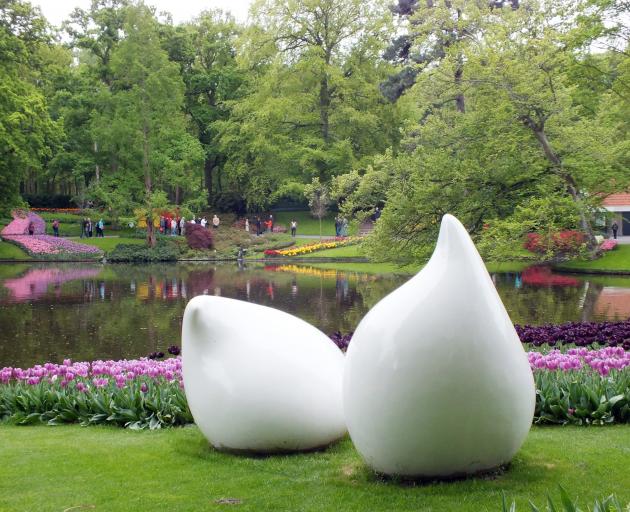 There were plenty of old favourites as well as new beauties in the tulip line-up.

Some combined more than one attribute. Red Baby Doll, for example, was a stocky double and Cummins a fringed two-tone single, while Apricot Parrot and Avignon Parrot demonstrated why this group was back in favour.

Apparently out of fashion were pastels, as mauve/lavender, lemon and the more delicate pinks were in fairly short supply, the displays tending to be dominated by red, orange and purple. 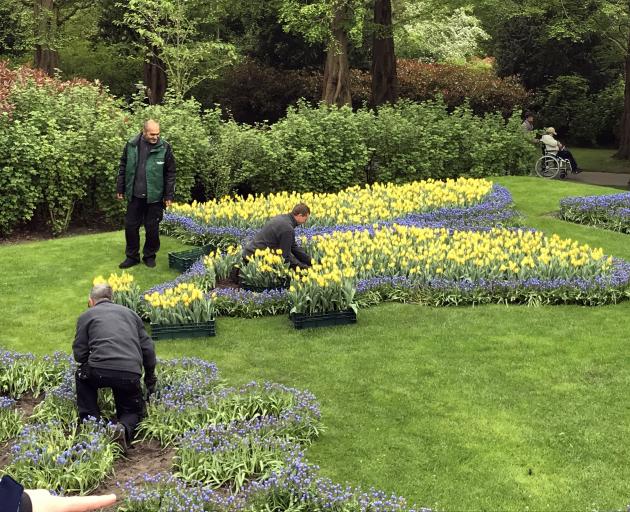 Regular replanting keeps the gardens looking good throughout the spring.
There were, however, excellent whites. Some had green viridiflora markings, such as the old favourite Spring Green and its newer rivals, lily-form Greenstar and double Snow Crystal. Pays Bas was an appealing single with a yellow base to each petal but for pure white, Clearwater, lily-flowered Sapporo and Tres Chic were exceptional, either alone or in mixed beds.

Variegated leaves also seemed to be on the outer, China Town, Damen and Esperanto being the only ones I saw, and there were few of the tiny varieties or the species from which most have been derived.

The lack of species was not surprising, as they are very much a specialist interest - try sourcing them in New Zealand if you don't believe me. To be fair, I was at Keukenhof late in the season and many species bloom early.

Incidentally, if species and rarities appeal, the Hortus Bulborum Foundation's collection at Limmen, 8km from Alkmaar, showcases 4000 varieties and species, mainly tulips, and is well worth a visit.

Keukenhof is open from mid-March until mid-May, with constant replanting by the park's 40 gardeners maintaining a fresh look throughout the season. However, the best time to visit is early to mid-April, when the commercial tulip fields in the surrounding area are at their flamboyant best.

With 100 Dutch growers taking part at Keukenhof, there are tulips for every taste. I'm hoping local bulb importers will see it my way and bring us the caramel-coloured Titan that was my absolute favourite, alongside Greenstar, China Town and the pure yellow lily tulip Westgold.