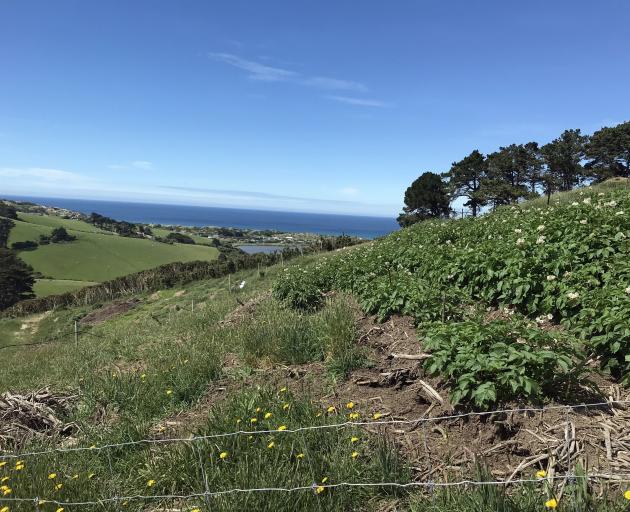 Potatoes grow well on ground cleared of gorse. PHOTOS: GILLIAN VINE
Gillian Vine learns that gorse does have an upside. 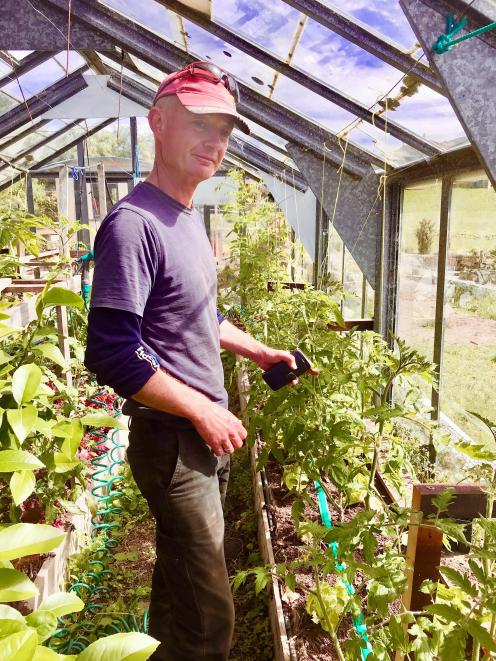 Tane’s Patu Gardens’ owner Warren Cullen in one of the glasshouses given to him.
Seed of gorse (Ulex europaeus) was brought here by some of the first European settlers and when Charles Darwin visited the Bay of Islands in 1835, he recorded the presence of gorse hedges on farmland.

Little did he, or anyone else, guess that gorse would love New Zealand so much that it would flower — and seed — twice a year and go on to become the country’s worst scrubland weed.

"There was a huge block of gorse that had to come down," Warren said.

Thanks to a soil biology course Warren took online by American microbiologist Elaine Ingham, he had the skills to turn the waste into a useful product. That meant, rather than burn or dump it, the gorse was mulched and hot-composted. 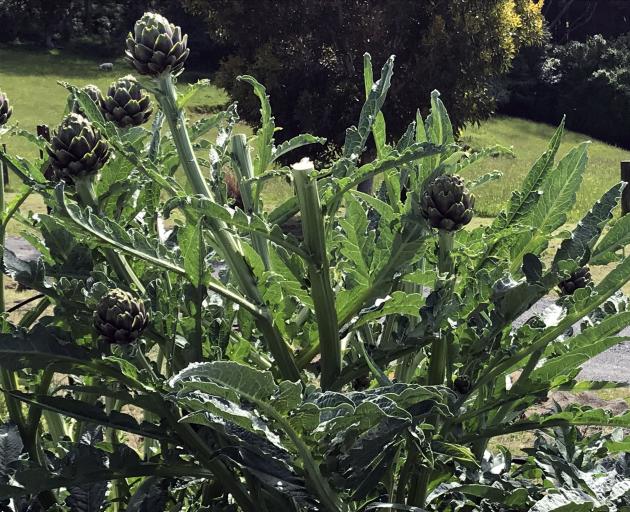 Globe artichokes thrive in the garden.
"Ninety-five point five per cent of gorse seeds die in composting," Warren said, adding that cutting the shrubs before the seed ripens helps, too. 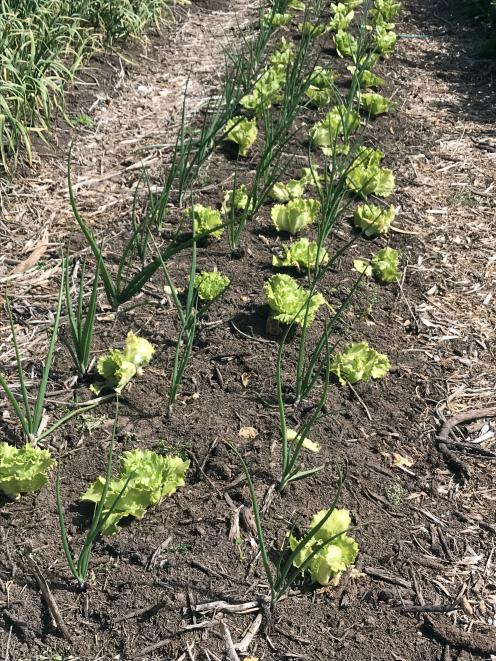 Mixed planting near the entrance of Tane’s Patu Gardens.
"I made 260 tonnes of compost purely from gorse and water."

That was the first batch and since then, he has made another batch each time more gorse has been cleared. It all is used to improve the soil on the Shiel Hill property.

"Soil is the key to everything, to life really," he said.

Dr Ingham states that virtually all soils have all the nutrients plants need, so fertilisers are unnecessary. Microbes make the locked-in nutrients more soluble and thus more accessible to the plants. This approach, known as Soil Food Web, is considered "an effective and viable means of rapidly regenerating agricultural soils ... without the use of chemical inputs, thus protecting the world’s waterways, insect and animal populations".

Following an Ingham recommendation, Warren took fungi spores from old-growth forest on the edge of the property. This was done by putting a stocking full of rice by the roots of old trees. In a month, or sometimes just two weeks, the rice had formed a solid mass, full of the microorganisms needed to unlock the soil’s potential. 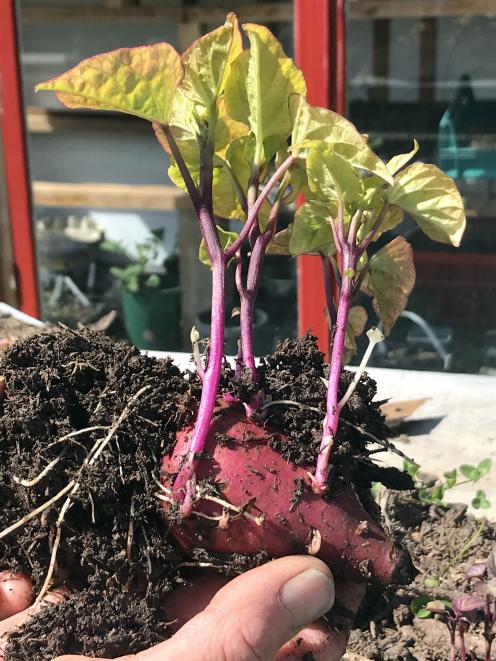 Kumara looks a promising crop. New plants are grown from shoots like these.
Just how well it worked can be seen in the many different vegetables — "pretty much everything" — on the property.

An unexpected choice for Dunedin is kumara, which is "booming" after being started under windows. Plants are encouraged to lie down in a "J" shape.

"Kumara grow down, so this forces them to grow rather like spuds," Warren explained.

Being closer to the soil surface keeps them warmer, too.

There are no possums around and only a few rabbits to nibble green crops. Although white butterflies don’t bother cabbages, this season they have been attacked by slugs.

"Holy, moly. I’ve been up until 3am or even daylight getting them and the first night filled a 1.5 litre bottle with them, about 2000 slugs," Warren said.

One section is devoted to a no-dig garden. There, the grass was mowed and overlapping pieces of cardboard laid on the ground. A 45cm layer of gorse compost was spread on top, then a layer of woodchips. Garlic, onions, shallots and lettuces are among numerous successful plantings in this area.

Working in construction around Dunedin has had a spinoff for Tane’s Patu Gardens. Warren has been given unwanted sheds and glasshouses, so he had courgettes ready to eat in November and Rapunzel tomatoes ripe early too. 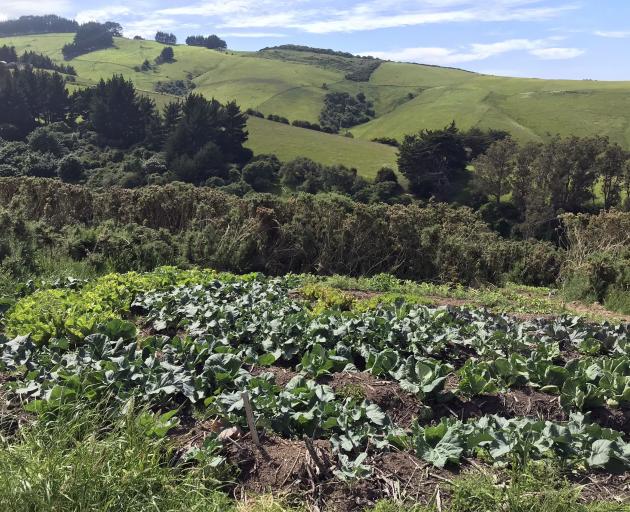 Mature gorse beyond a cabbage patch will eventually be cleared to grow more edibles.
An old cedar railway hut is earmarked to be turned into a produce shop at some point with adults and children encouraged to harvest their own vegetables, but for now supplying locals is keeping Warren fully occupied.

"We’re getting there. It’s finally starting to come together," he said.

Warren Cullen will be running composting courses this year, the first beginning shortly. For details, phone (03)454-5845.