And then the music swells 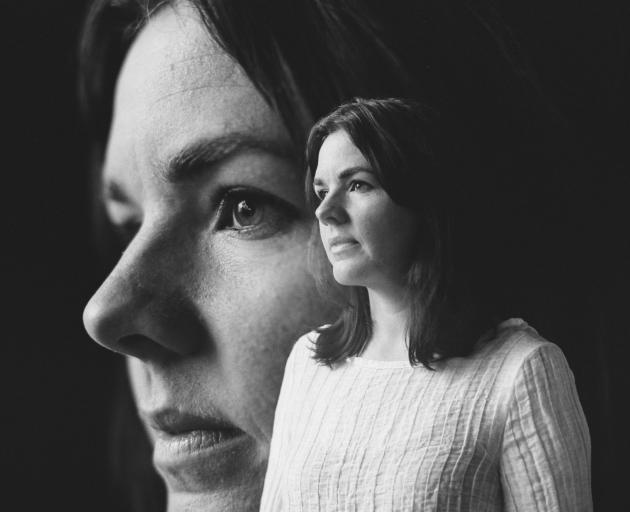 Tiny Ruins play shows in Queenstown and Port Chalmers next week. PHOTO: SI MOORE
Finding inspiration both inside and outside the circle, Tiny Ruins are lapping up the accolades during another exciting and rigorous period for the group. Adam Burns caught up with key creative force Hollie Fullbrook ahead of their New Zealand tour.

Collaboration is something Tiny Ruins' Hollie Fullbrook has come to embrace rather than avert.

Not to say this notion is easy to identify in the music.

For the best part of a decade since its formation, Tiny Ruins has been a vehicle for the hushed and ethereal folk of Fullbrook, who stands at the crux of the group's overtly intimate songwriting.

It has evolved from virtually a solo project into a troupe of dedicated players - on third album Olympic Girls, released earlier this year, the sound thickened although not to the point where folk as a descriptor becomes a misnomer.

As Fullbrook explains, it was more of a canvas for band members Cass Basil, Alexander Freer and Tom Healy - who also produced and mixed the record - to flourish.

With Healy playing more of an integral part in the band, both on tour and in the studio, the live show had exploded, Fullbrook said.

"It's a completely different beast now.

"With Olympic Girls, I really wanted the input more, maybe, than the previous records," Fullbrook said.

"I wanted to allow them more space within the songs to have their moments - they're all amazing musicians."

The result was their most daring and experimental record to date as touches of swirling dream pop and psychedelia infused the group's mystical folk milieu.

Glowing reviews came thick and fast and it has culminated in a shot at a Silver Scroll next month for the record's title track.

The top-20 shortlist has been whittled down to five, which has Tiny Ruins in the running alongside Avantdale Bowling Club, Benee, The Beths and Aldous Harding.

Neither Fullbrook nor Harding will be at the October 2 ceremony as they will be in the US on tour together.

"When you're young those things don't have as much of an impact.

"Now that I'm older it means more to me because I know how tough it is. There is so much talent in this country.

"I try more now to celebrate those sorts of acknowledgments because it is acknowledgement from your peers."

Although she has harboured the spread of creative contributions among her band, a move to revisit the songs on Olympic Girls for an acoustic record is intriguing.

Fullbrook laid down songs on tape at Auckland's Roundhead Studios, harking back to a stripped down sensibility brought to bear on earlier releases.

"It was a really cyclic thing for me.

"Recording them solo - I think in my mind it was to capture the essence of the songs as I wrote them but its undeniable that they're influenced by my bandmates still because we've gone through that whole process together."

Olympic Girls Solo is to be released at the end of the month.

Outside of the group, Fullbrook has taken opportunities when presented to partner some impressive allies, all of whom could be considered indie royalty.

In 2014 she contributed vocals on Robert Scott's solo album The Green House.

She then linked up with another member of Dunedin darlings The Clean a year later when she released a collaborative EP with Hamish Kilgour.

The deep South seems to hold a profound resonance for Fullbrook, fostered by her creative relationships with Kilgour and Scott.

"My first tour I played at Chick's Hotel and I drove on my own to the South Island. I loved the whole experience. I always associate Dunedin with a slightly gothic, spooky, dark vibe that I think is great for music.

"I associate that part of the country with them (Kilgour and Scott) and their approach to music and art. It's like bohemian but then we'll go and watch the rugby."

The feeling is reciprocated by southern fans as next Saturday's show at the Port Chalmers Town Hall has sold out.

An additional date on Sunday September 15 has been added accordingly.