Around the world in 36 years 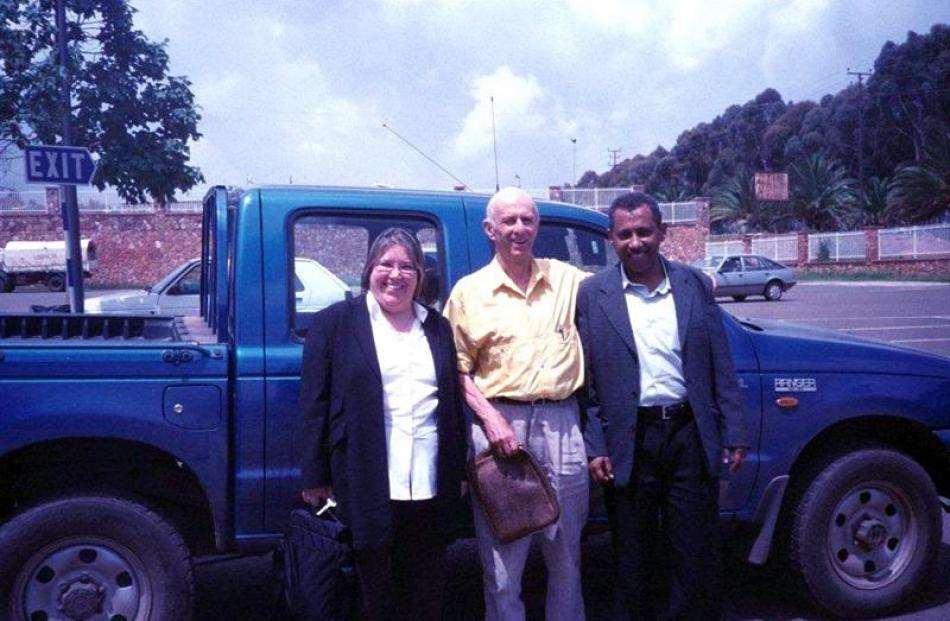 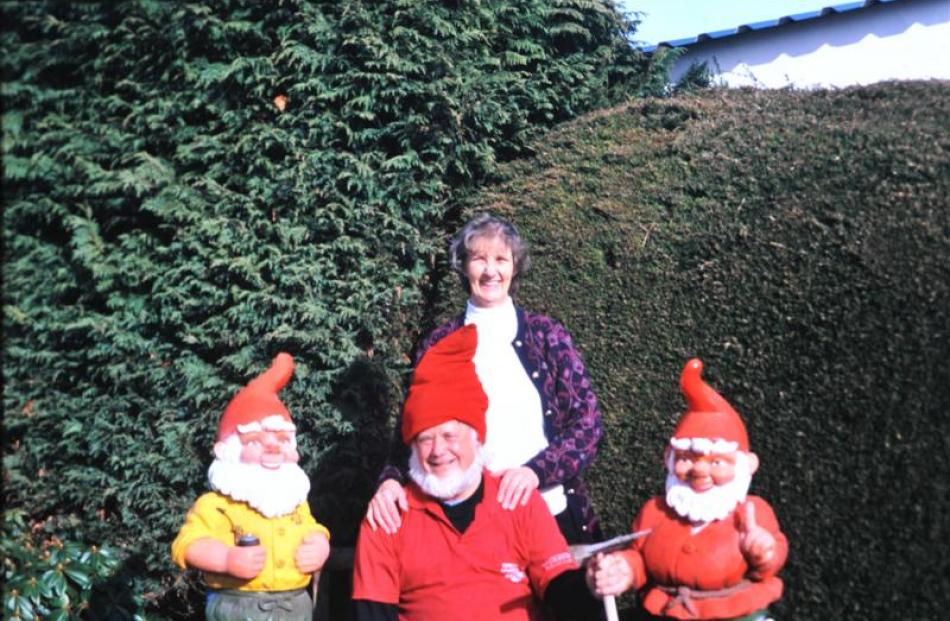 Kay McCallum (at back) and her gnomes in the Falkland Islands. 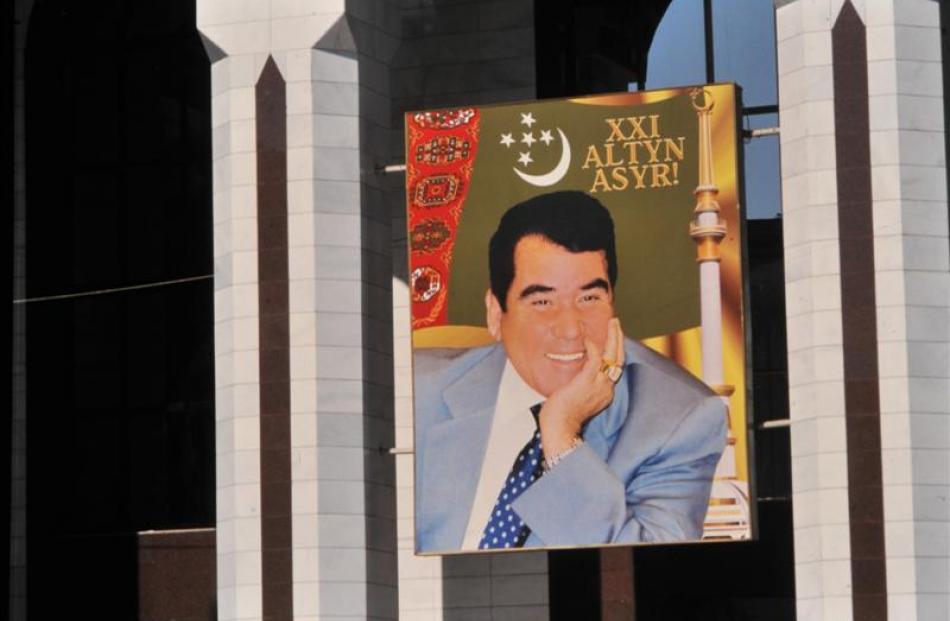 A photo of Saparmurat Niyazov in Turkmenistan. 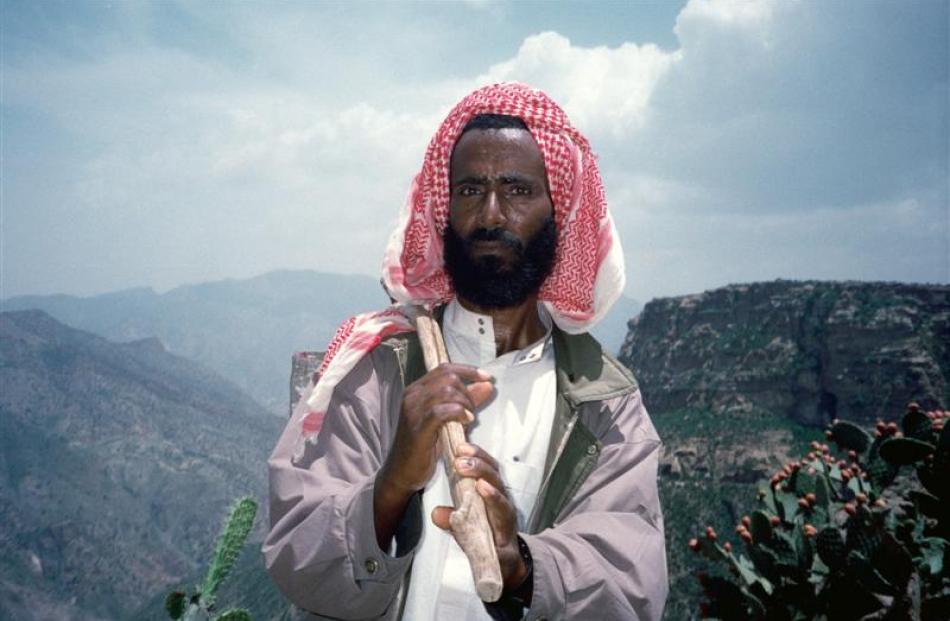 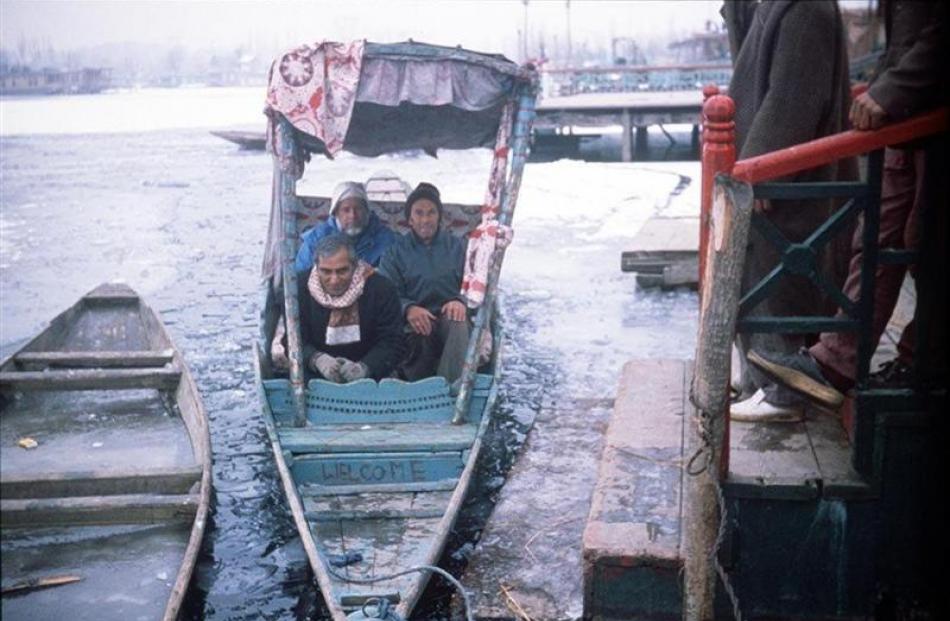 Alistair McMurran (back left) and David Horne ride a shikara on the frozen Dal Lake in Kashmir with Indian guide. 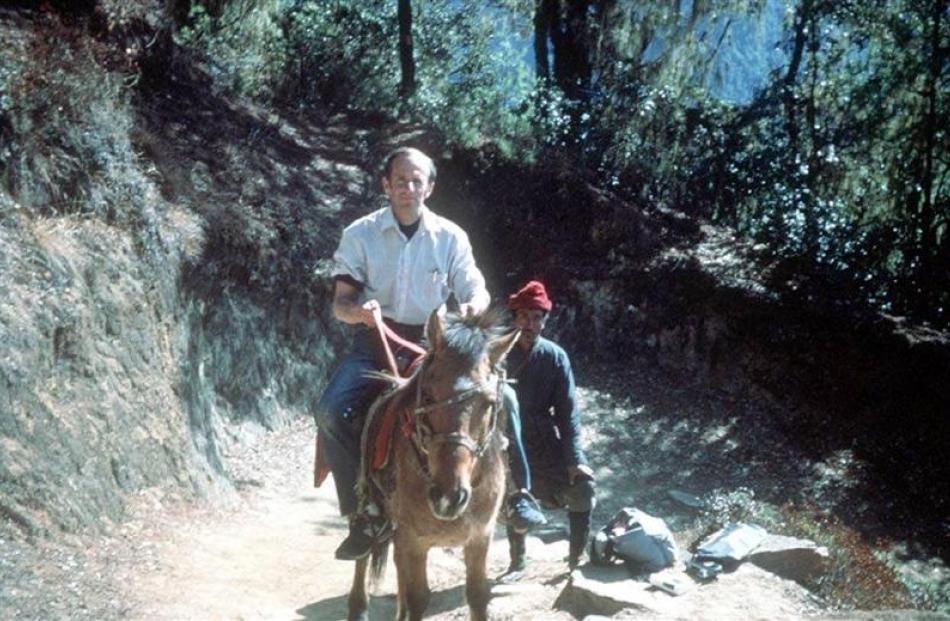 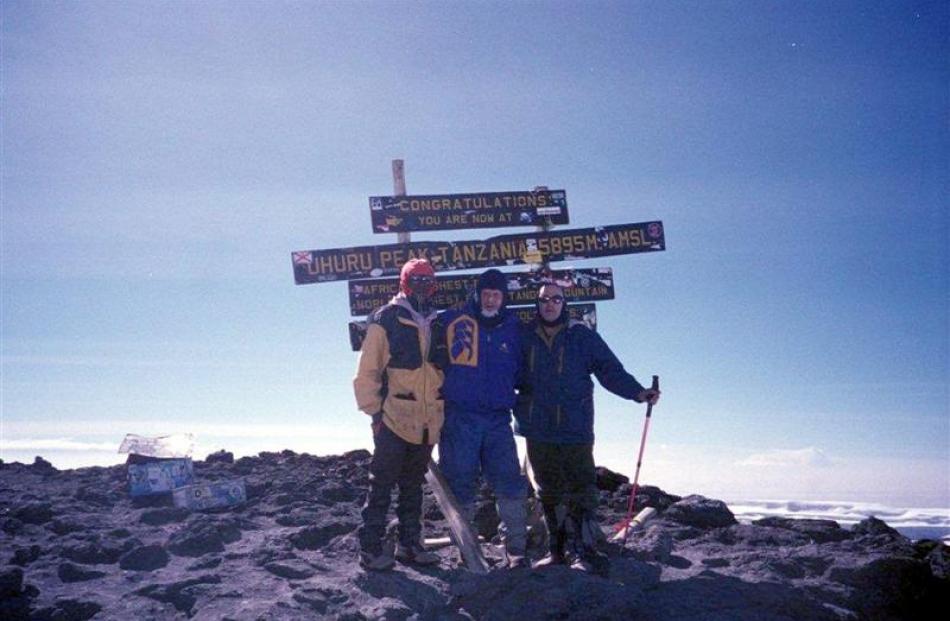 Tasmania was the 200th country or territory on the Travellers Century Club list for sports writer Alistair McMurran when he landed in Hobart this year.

He reflects on his long journey that began with a visit to Australia in 1977 in today's feature. His travel companion David Horne has been to 264 of the 321 countries on the list.

Mother Earth has not always been a happy place because it has had to withstand the ravages of mankind's wars.

In my journey through 200 countries and territories on the books of the Travellers Century Club, a majority of the countries have been affected by wars and violence.

Turkmenistan had become an independent country after the fall of the USSR but it still retained the rigid structures of the Soviet state. It was a dictatorship.

We were stopped at checkpoints every hour as we travelled through the country. We were lucky to have an official driver and guide. Independent travellers would have had a hell of a time.

The president, Saparmurat Niyazov, was everywhere. I mean his photos were. They were plastered on buildings and there was even a golden statue of him in the capital Ashgabat. We visited the country in 2003; he died suddenly in 2006 and has become immortalised.

When the Stans countries left the Soviet Union and became independent, they retained the same structures of government.

We found that out in Uzbekistan when we stopped near a bridge to take photos. It was an army patrol area and soldiers came rushing out and confiscated our cameras and grabbed our passports.

The soldiers were terrified about an invasion from New Zealand and thought that we would pass details of their military bases to our government and they would be bombed by the New Zealand Air Force. Our guide could speak the language and got us out of a dangerous fix by telling the soldiers we were dedicated Muslims and walked down to the river to wash our hands after the toilet stop.

In our travels we have found that it was necessary to have armies to keep the peace and stop local wars breaking out.

This was the case when we visited Kosovo in 2012. Without the United Nations peacekeepers, the internal warfare between the Serbians and Albanians would have continued. We saw bombed-out houses from the civil war.

The dispute was typified by the bridge that separated the Serbian quarters from the rest of the country. The Serbs did not want foreign visitors and they made sure, by having snipers fire shots at the bridge from high buildings.

The Italian peacekeeping soldiers were doing a good job. But not all countries have wars and conflicts.

My first major overseas trip, at the end of 1985, was to the peaceful Buddhist country of Bhutan. A feature of that trip was the climb up to the famous Tiger's Nest monastery.

Ordinary people from all over the world are friendly and helpful. It is officials at airports and other places that give countries a bad name.

We tried to visit Nigeria this year and applied for a visa through their Canberra office.

We sent our passports to Canberra and expected to get an early reply. But the weeks dragged on and when it was getting close to our departure date our travel agent sent an urgent call for the passports.

But the embassy was closed in Canberra for a week. They returned to work on the Monday morning and we were scheduled to leave the following Saturday.

They told our agent in Canberra that they would not release our passports unless we sent them signed letters that we wanted them back urgently.

We got into Eritrea OK in 2007; getting out was the problem.

We had not filled in the financial transaction form properly.

We arrived late and no official was in place to explain the forms.

I picked up a form but there was none left for David Horne, who was my travelling companion.

We Kiwis are pretty lax about filling in financial forms. We were expected to account for everything we had spent in the country and it had to balance when we handed back our forms at the airport.

We were kept in house arrest at our hotel for another five days and went through the court process.

We were photographed, fingerprinted, and tried by a military judge in a small room in a wooden building. There was a cow grazing outside the window.

I made addition mistakes and was let off. David Horne did not fill in his form and was fined $NZ4000.

The result could have been much worse if the staff at the British Embassy had not negotiated on our behalf.

We travelled through several former war zones and saw the remnants of the destruction and the wrecked lives.

In Lebanon there were bullet-holes through buildings and old fortifications where the combatants fired shots at each other.

We were shown the exact spot where the prime minister had been shot dead only months before.

It was difficult for the civilian population to get out of the capital. We were lucky. Paul Ellis, a businessman from England, got his local driver, Johannes Nazriain, to show us around.

He took us up to the mountains where the famous Cedars of Lebanon grow.

We were able to get away from the city where the civil war had raged, but it was not possible for the locals to escape.

At a church in Rwanda we saw the carnage brought by the genocide of the 1990s in that country, when the Hutus slaughtered 500,000 Tutsis in 100 days.

There were more than 1000 skulls housed in that church. The worshippers had been cut down during the evening Mass.

It seems the population has learnt its lesson - a sign outside the church said ''No more.''

There was a statue in the town that brought hope for the future. It depicted a mother holding the hand of her young son.

Women usually have a more gentle approach than men. A law in Rwanda states that 50% of people elected to public office must be women.

We stayed at Kay McCallum's bed and breakfast place at Stanley in the Falkland Islands. She remembered the Argentinian invasion.

She is noted for having a garden full of gnomes of all colours.

''The Argentinian food supplies had been lost,'' she said.

''The soldiers were starving and ate raw potatoes and other vegetables out of people's gardens.''

But they never touched anything from McCallum's garden.

''The Argentinian are superstitious and were wary of me because I used to go around the garden and talk to my gnomes,'' she said.

''They never raided my garden.''

In Moscow, we saw relics of how the Russians had heroically pushed back the invasions of Napoleon in the 19th century and Hitler and the Nazis in World War 2.

We visited the Estoria Hotel in St Petersburg (formerly Leningrad) where Hitler planned to have his victory dinner after conquering Russia. The invitations had been printed and sent out to prominent Nazis. Hitler said he had no interest in St Petersburg and no-one should be left alive.

We experienced the enmity between peoples introduced by religion in Yemen and the Islamic part of Cyprus.

In Yemen, I spoke to a teenage boy who showed me a map of how the Muslims planned to dominate the world.

In the Muslim part of Cyprus, a young boy approached us with a toy gun and asked if we were Christians.

When David Horne said he was, the boy aimed the gun at him and called out ''bang bang.'' 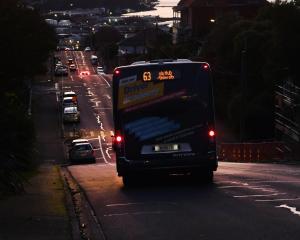