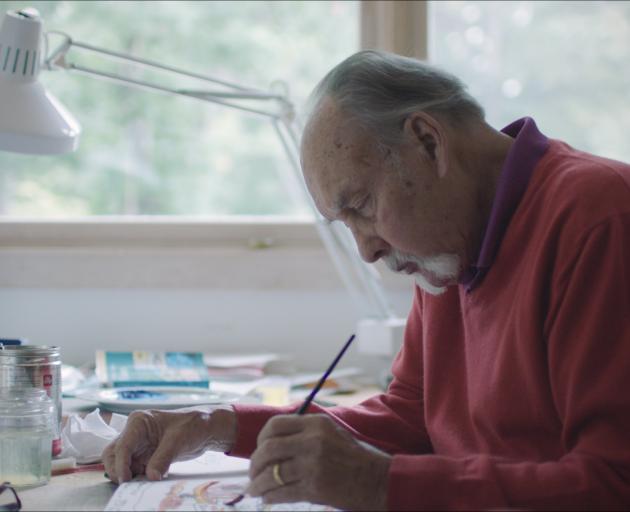 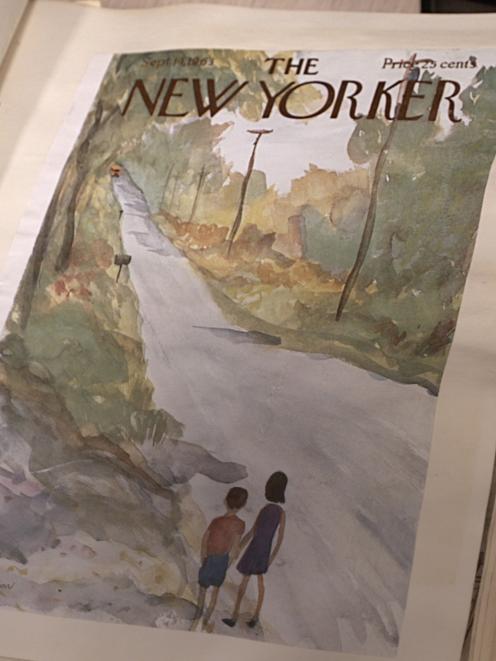 One of his trademark New Yorker covers.
And in other places too, wherever The New Yorker magazine is read.

On it’s website, the magazine claims it is considered by many "the most influential magazine in the world". Whatever the truth of that, is it unquestionably an institution and Stevenson was a prolific contributor, as a cartoonist, a cover artist and writer.

While she was aware her friend, Stevenson, worked for The New Yorker, it was only really while making her film that she realised just what a star he was.

"He intrigued me because for a great number of years I really had no idea of the calibre of his work," Williams says on the phone from Wellington.

She had met him, as Kiwis do, as a result of her travels. The graduate of the University of Otago’s natural history film-making and science communication programme has worked in the US and Europe.

"He was just such a humble person. We used to sit at these fancy parties and joke around in the kitchen together."

Once she did click to his standing, "about 10 years into our friendship", she decided there was a story to tell.

So she planted the seed and worked the soil — for some time.

When it came time to start putting the crew together to make the film, she imagined she’d have to explain who he was. She didn’t.

"I had people tell me about their bathrooms that were plastered with New Yorker cartoons."

The volumes of work Stevenson did for the magazine become apparent as the documentary rolls. In one scene, bound archives from the magazine’s library are piled high. It’s an intimidating compilation. Then in another, we wander into his studio, jam-packed with a lifetime’s art and graft. 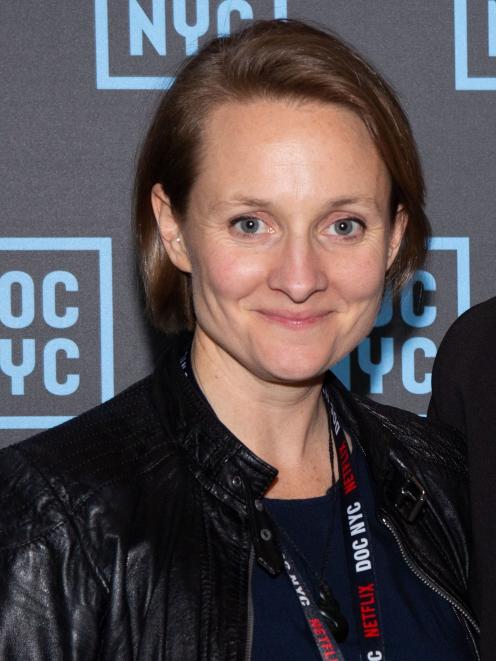 Director Sally Williams. Photo: Supplied
There’s going to be a ready market for Williams’ film in the US then, but she was also determined to make a film that would travel, tell a human story that would resonate with any audience.

She was aware of that when telling Stevenson’s story because, as she says, "he is kind of extraordinary in every way".

"You know, he has nine children, he basically left school and went straight into one of the world’s best publications."

That could be a little hard to identify with, but on the other hand, his life also felt like any life — amplified a little.

Given that, Williams set out to harness the longstanding relationship she had with Stevenson to tell a story that was a little more intimate, a little more behind the scenes than some other biographical profiles.

And indeed, we see Stevenson’s triumphs and gain some insights into his particular talents, but also see the price he paid, and the price paid by those around him.

As a cartoonist, Stevenson’s skill was, as with the best, to be able to render a moment of whimsy or wry observation with an apparently effortless economy of line and colour.

In the documentary, one of his editors talks about the sleight of hand involved in the cartoonist’s craft: "As with every good cartoonist, it looks effortless, but it only looks that way because he’s put a lot of effort into it."

Williams says the film was an education. Her specialty is actually science, not art.

"I went into it really not understanding the power of his lines. I came out the other end having such a deep appreciation for something that looks so simple.

"Obviously, that’s the art of it."

Williams’ film is screening as part of the DocEdge festival, which has moved online this year.

Stevenson — Lost & Found, directed by Sally Williams, screens online as part of the DocEdge Online Festival on June 19 at 7pm and July 2 at 5pm.

Ticket giveaway: to go into the draw for a DocEdge ticket, courtesy of Chorus, email playtime@odt.co.nz with DocEdge in the subject line.