It’s election year so politicians will, no doubt, busy themselves telling us what they think we want to hear. There will be plenty of "it’s the economy, stupid", and the usual ritual obeisance to the hip pockets of mums and dads everywhere. 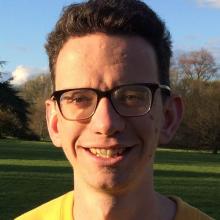 But what if voters are not in fact stupid. And they have concerns that stretch beyond such an impoverished view of the world. In that case, politicians might have to work a bit harder, think a little deeper and offer a little more.

Max Harris thinks they should, and he has set out how they might in his new book The New Zealand Project. It’s an attempt, he says, to reinvigorate a "values-based politics in New Zealand".

That’s not just politics in Wellington, but in a broader sense.

"We’ve had a decline in values-based politics," Harris says, "because politics has become a bit technical, a bit technocratic, a lot to do with trade-offs rather than values."

It’s all a bit directionless and dominated by a "muddle-through pragmatism".

"Politics has been infected by individualism and selfishness, that I think has been on the rise in society at large in the last 30 years; for these reasons we have seen a decline and we need a resurgence of values in politics."

Specifically, Harris would like to see a resurgence of care, community and creativity, values he thinks New Zealanders could get behind and that speak to the time we are in.

Despite its timing, this is not in fact an election-year book. Harris had hoped to get it out last year, but it took a little longer. It expands on ideas he floated last year in a chapter called "The Politics of Love", in the essay collection The Interregnum: Rethinking New Zealand.

Since then, he’s been off around the globe talking to a wide range of people, collecting ideas and experiences in slightly Where to Invade Next-style.

The still relatively young New Zealander, not yet 30, has also been able to draw on the busy years of his 20s, during which he has studied law, history and politics at Auckland University, spent 18 months as clerk to Chief Justice Sian Elias, worked as a consultant in Helen Clark’s executive office at the United Nations Development Programme, and studied at Oxford University.

He is of course far from alone in identifying cracks in the decades-old neoliberal-based political orthodoxy that has been battered in recent years by the GFC, an inability to come to grips with entrenched inequalities, and is now facing a challenge from populism and the alt-right, the Medusa heads of Brexit and Trump.

Early in his book Harris references British journalist and economist Paul Mason’s book PostCapitalism: A Guide to our Future, which as its title suggests makes the argument that we are about to experience a change of epochs, as information technology facilitates a shift to a more sharing-based economy.

In an interview published on the website 52 Insights last month, Paul Mason says that after a period following the collapse of the Berlin Wall during which capitalism has tried to tell us that we are living in a permanent and perfect present, its underpinning ideology has collapsed.

"You can’t make an ideology survive on life support, it has to make sense," Mason says.

"So what happened with the alt-right, Trump, Le Pen and Wilders, is that people come forward and say ‘Look, this situation no longer makes sense, I have a set of ideas that make sense in the opposite direction’."

Trump et al is one possible future then.

Harris has another and it involves applying those values — care, community and creativity — to the issues we face. He ranges widely. Otago Highlander Buxton Popoali’i’s curtailed rugby career, as a result of damage to his heart caused by rheumatic fever, helps to inform a chapter on the need for greater investment in health, education and housing. An expanded, more entrepreneurial state is what’s required, properly funded: so, yes, we need to talk about top tax rates, how much we all "chip in to the collective pot".

Then there are chapters on independent foreign policy, economic policy, decolonisation and the constitution, justice, the world of work, the environment, gender and people power.

Harris gives himself almost 300 pages to get across everything, but there’s still a lot to get through.He chuckles when asked whether he might have limited himself to a smaller subset of what ails us. But having set out on the extensive series of interviews he did to inform the book he found the connections he encountered between topics argued for a wider view.

"I would talk to [former chairman of the Reserve Bank] Arthur Grimes about the economy and he said, well, you also have to talk about how GDP relates to the environment."

So even if that left some sections a little light, Harris says, it meant he could at least offer some thoughts on solutions across a range of subjects, as a starting point "and stir up debate".

And Harris is in the perfect position to take on the big picture, having battled through a brutal selection process to become an Examination Fellow of All Souls College, Oxford, which comes with a seven-year scholarship. There are no particular requirements placed on examination fellows: he could have done whatever he liked.

So, his choice, just a little quixotic? Harris says he’s very purposefully tried to put aside cynicism and reach for solutions across the topics he’s addressed, tried to identify practical steps to take us forward.

His chapter on decolonisation champions the teaching of te reo Maori in schools as a first step towards eventually building wider support for thoroughgoing power sharing.

On the justice system, he argues against the tide of incarceration and the revenge culture behind it. It’s not working: try decarceration, he says.

"Revenge [in criminal justice] is like pissing your pants in Norway," Norwegian prison governor Tom Eberhardt tells him in the book.

"It feels good. But then you start to freeze."

On reinvigorating democracy, he suggest civics education, among other things, to re-engage a demoralised and desensitised electorate.

There is a strong sense of taking back agency, of no longer letting things slide. There’s a chapter on "people power".

Harris says there’s reason to believe at least some of this will get traction.

"Politicians systematically overestimate how conservative the public is,’’ he says, quoting new research out of the US.

"My hunch is there’s something similar going on in New Zealand."

If politicians were bold enough to suggest alternatives, they might be surprised by the reception, he says.

"If we stay long enough with the debate, if we are willing to have conversations we can make things better. "

Another interviewed for the book was Maori lawyer and academic Moana Jackson, who is quoted at the close of the chapter on decolonisation and the constitution: "You know," Jackson says, "they have this saying that politics is the art of the possible. Well, unless it’s also about the art of what might seem not possible at the moment, then it’s not a visionary politics."

Perhaps this is what is needed, then, Harris comments, in the field of biculturalism and decolonisation: a little tentativeness, a bit of humility, but also an openness to vision, and a willingness to see politics as "the art of what might not seem possible at the moment".

• We have two copies of The New Zealand Project to give away. To win a copy email playtime@odt.co.nz with "NZ Project" in the subject line, and include your name, postal address and contact number.

• The New Zealand Project, by Max Harris, published by Bridget Williams Books, is out on Monday.