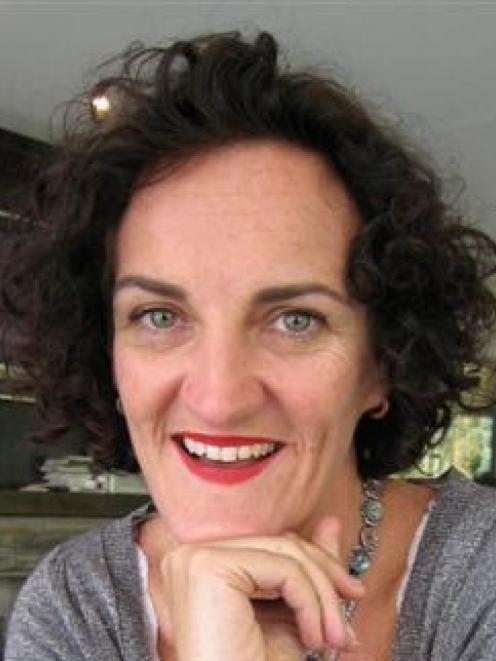 Sarah-Kate Lynch
An eternal optimist, Sarah-Kate Lynch likes to think that however bad things get, they are never totally screwed up. Charmian Smith talks to her about her latest novel, On Top of Everything, in which disasters pile on disasters but there are second chances and hope.

No matter how hard or how bad things are, there will be happiness around the corner, never mind how far away the corner is.

There's always a second chance - it's a belief Sarah-Kate Lynch brings to her novels; that and a humorous vein and a gentle obsession with food.

"I like to write the way I like to go through a normal day. There will be a few laughs and a few things that stop you and make you feel a bit sad or make you think, then more laughs.

"That's my perfect day. You take the rough with the smooth, as my husband would say, and the older you get the more rough you come upon, but you still get the smooth," she says on the telephone from Auckland. 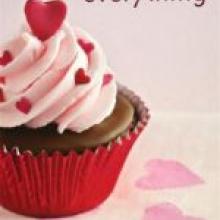 On Top of Everything, her sixth novel, due out this weekend , is no exception.

It's a roller-coaster ride with what seem like disasters piling on disasters - for a start Florence is fired by her partner from their antique shop, her husband leaves her for a man and, believing bad things happen in threes, she expects yet another.

It soon turns up - but then so do another three.

"I guess at my stage in life I have seen enough derailments to realise your future can be snatched away from you in the blink of an eye, whether it is your partner leaving you or a terrible illness or the loss of a job. Your life doesn't necessarily have to play out the way you've always thought.

"The point being, sometimes when you think things are the most horrible, sometimes something even worse comes along and you think the first one wasn't so bad, so I guess second chances come into that as well, that you have to be able to turn the corner and go in a different direction," she says.

Lynch was originally a journalist, but says she's "news-intolerant", a disadvantage for a journalist, and she was fired from a job in radio.

Editor of the New Zealand Women's Weekly for several years and then food writer for the New Zealand Herald, she would often come away from a story thinking it would have been better if they had put it another way or it had been about her or not him, she says.

"There comes a point in a journalist's life where they have to do away with imagination or travel a different path."

Made redundant from the Herald, she chose a different path and decided to write fiction. She'd been inspired by the artisan foodmakers she'd met while writing about food from an eating point of view.

"I'd been a judge on some cheese awards in Auckland and tasted all the different cheeses and talked about cheese, and at the end of the day the cheesemakers came out. I had never really put together this idea of hand-produced food with the hands that produced it.

"It was like a giant bell went off in my head - these things don't just come from the supermarket, do they? They come from some farmer or some farmer's brother and someone in some far-flung place in New Zealand has devoted countless months or years into making this for me to taste.

"Food writing definitely opened my eyes. I did a story about why tomatoes don't taste the same anymore, and everybody said it's because you eat them all year round now and when you were a kid you only ate them in the summer.

"I hadn't worked that out because it happened so slowly over so many years. I just go and buy tomatoes and it hadn't occurred to me that I only had them in salads as a child and they are not grown in the same way now so why would they taste the same?

"This started my own appreciation of where food comes from and I worked out that these passionate food people are basically very good inspiration if you are a novelist, because they are a bit different.

"As that seeped through it had an effect - investigating different food and writing novels about it."

Her earlier books include Blessed are the Cheesemakers, set in an eccentric Irish artisan cheesemaking community, By Bread Alone, about the joys and sensual side of breadmaking, Eating with the Angels about a highfalutin New York restaurant critic, and The House of Peine, about three sisters who inherit a failing Champagne house.

In On Top of Everything, Florence decides to open a tea shop in the house in Little Venice, in London, she inherited from her grandmother.

Lynch lived in the area for four years and knew it well, saving herself a research trip.

"I didn't want to be distracted by research because it's expensive for a start, and although it's fun, it's not as much fun as you might imagine - it's not being on holiday.

"When I go on research trips, because I finance them myself they are planned to the nth degree, and I have to make sure I don't come home and find I've forgotten to do something important - they are like military operations really.

"So I thought I'd set it in an area I know, so I can do the research relatively inexpensively. The interesting thing being, when I sat down to write the book I realised how much I enjoy the research part of it.

"I wondered if that was because this is my sixth novel and I spend a lot of time on my own, typing. The research is a wonderful distraction and not to be sniffed at. I won't make the same mistake again, ripping myself off that way!"

Writing books is a lengthy and laborious process and she has a love-hate relationship with her computer, she says.

"I know I can do it and I want to do it, but four or five hours sitting in a chair staring at the computer, if you take away the creative element, it's not very glamorous or exciting. It's hard yakka."

She enjoys the thinking part of writing fiction and often solves problems while walking the dog on the beach near her home on Auckland's west coast.

"I will have done a lot of thinking about a book before I even type the first word - sometimes it's been bubbling away for a few years.

"You've had one idea about something and then another one joins it and something drops off and another one comes along, so by the time I sit down to write it I have done a lot of thinking so I pretty much know where it's going to go."

On Top of Everything is written in Florence's voice and Lynch found it exhausting inhabiting the character so totally, so she thought she would give herself a break and separate the chapters with an interjection from one of the other characters who appeared in the previous chapter.

"I was never sure they would make it into the final edition of the book, but in fact when I read it through 100 times, as one does, I felt it was a little break for the reader too, to see something from a different perspective."

Despite all the disasters that happen to Florence, Will, the handsome, helpful, caring hero who seems too good to be true, turns up in her life.

"I think you need to believe that there are people like that out there and I know for a fact there are, because my sister-in-law died of cancer last year at the age of 38, with three little children, and in the last year of her life she found true love with a wonderful man. It does happen," she says.

"I'm never going to be writing deeply gloomy stories. I want to believe that it's all out there for any of us. All we've got to do is find it and recognise it when we see it, and that is what Will is all about.

He's a 'recognise me when you see me' man, because sometimes we do pass things up because they are too good to be true and maybe they are not.

"The book is about how you live and the choice you can make every day to have a good one or a bad one. When it got to the end, it made it all the more relevant to make the most out of every day, and because it's a novel I can do that.

"It's the wonderful thing about being a novelist, you can decide on the ending, but horribly, in real life you don't have that much control."

Despite the ups and downs of her life, Lynch considers herself lucky.

She has been married to film-maker Mark Robins for 17 years and has a job she enjoys which allows her to accompany him when he has to travel for work.

"I feel extremely lucky in having found him and tricked him into marrying me and insisted he stay with me. I generally appreciate how lucky I am without wanting to be a smarty-pants.

"I've had my ups and downs but I feel lucky in every respect - I've got a fantastic family, a wonderful husband, good health, I do a job I enjoy and what else is there? I look at some of my wonderful friends who haven't found love or are in jobs they hate.

"I think when you get to 46 you realise what counts, and to me it's happiness, and happiness to me is a result of feeling loved and being able to love yourself, I do think I've got that."

• On Top of Everything by Sara-Kate Lynch is published by Random House (pbk, $30).