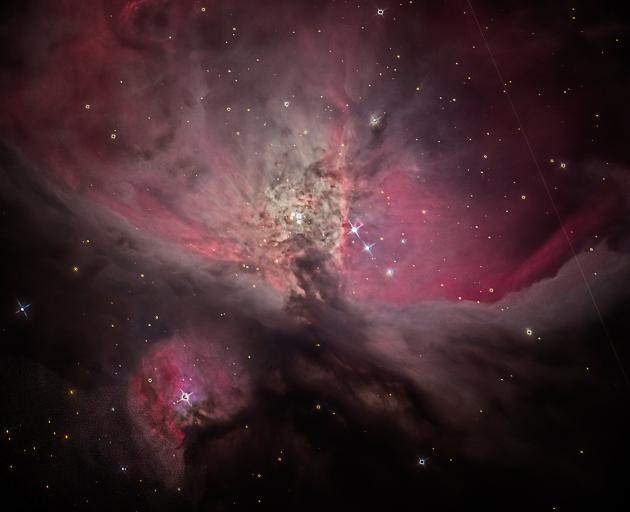 PHOTO: IAN GRIFFIN
Two decades ago, I had (what I then considered to be) my dream job.

I was Head of the Office Public Outreach at the Space Telescope Science Institute (STScI) in Baltimore on the United States’ East Coast. STScI is the organisation charged with day-to-day operation of Nasa's Hubble Space Telescope. The team I led used images from the world's best telescope to engage the public and help understand the scientific results obtained using its powerful cameras. One of my workday joys was getting access to some genuinely incredible pictures of the cosmos long before they became public and then figuring out how we could use them to inspire and educate. I have to say it, was enormous fun.

While two decades have passed, it occurred to me recently that you don't need access to the Hubble telescope to take images that can inspire and educate.

A few weeks ago, while observing with one of the telescopes at the University of Canterbury's Mt John Observatory, I had a few minutes to spare before a comet I wanted to study would rise high enough to photograph.

The sky was wonderfully clear, and the constellation of Orion was high in the northern sky. On a whim, I decided to point the telescope at one of my favourite objects, the great nebula in Orion.

To the naked eye, this innocuous smudge of light is barely visible near one of the stars which make up Orion's sword. With a big telescope and sensitive camera, that smudge of light is transformed into a cosmic wonderland whose mottled pastel patterns are fascinatingly festooned clouds of dust and gas. The Orion Nebula is a place where stars are born, literally. They are condensing from a dense and dark interstellar cloud more than 1300 light years from Earth. The bright nebula we see is a well-lit blister on the surface of the cloud. Winds from Orion's newly-born stars are energetically blasting away their dark cocoon revealing the nebula to observers on Earth.

Something special for sky-watchers