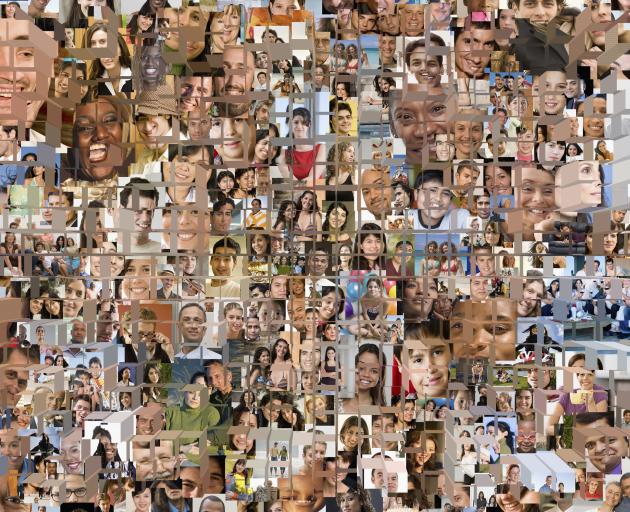 Photo: Getty Images
It’s time to face up to it. Face the facts. The fact is there are too many headshots by far in the world. And I’m not just talking about the politicians littering our roadsides in the past few weeks. Buying a house? Purchase it from this smilingly trustworthy visage. Need a laywer? This looks like a good one from the relative spacing of their eyes, writes Liz Breslin.

Bankers, teachers, doctors, all the people. Even in this very publication you have in your very hands right now — if you’re reading this offline, we writers all have our little circular headshot selves. (Mine is from last year, though to be fair even if it was from last week my hair would be a different colour). And if you’re reading this online and want to share it, sometimes you have to go with my last year’s face as the picture option, which doesn’t have anything to do with what is in the article except that I’m the one who put it there. Which seems to me a ditto situation for bankers, teachers, doctors, lawyers, real estate agents and poli poli poli politicians. All the people.

physiognomy. Physiognomy says the most trustworthy lawyer also has slightly lifted brows and an upturn to the corners of their mouths. This pseudoscience was popular in Victorian times, which is perhaps where it should have stayed, with its overtones of scientific racism. (If we do have room for more of anything from that particular era, may I suggest Gothic horror

novels and lace necklines instead?)

Looking at a select couple of the physiognomic studies that have been conducted this century, one includes assessing whether facial metrics can predict aggressive behaviour in hockey players and another was about whether machines have better gaydar than humans. Both of which have chilling Minority Report/Handmaids Tale/passport gates closing kind of vibes. But, let’s be honest, we have societally been straight-faced judgy bitches on each other’s looks for approximately ever in micro-ways that don’t require a study but just a lifeload of prejudice.

Take Pythagoras, father of philosophy, as an early example. He liked to accept or reject his students on the basis of how gifted they looked. To him. (In his defence, he didn’t philisophise about peer review. It wasn’t even ever a thing until Ishaq ibn Ali al-Ruhawi wrote Ethics of the Physician in the late 800s.) And as for Aristotle, he reckoned that if you have a big head you’re mean, if your head is small you are dependable, if your face is broad you’re a dumbarse and, people with round faces, so brave.

Low brow, high brow, stuck up. These are all personality descriptions based in physiognomics and they’re so easy to invoke. How many of us make a decision that goes, "oh, they look trustworthy/respectable/honest so I’ll bank with them/vote for them/get them to sell me a house?".

We’re all basically Pythagoras in that respect and when I’m taking people at face value, I like to do it from the titles on their bookshelves (which I judge by their covers) and the contents of their fridges. I realise this is not necessarily practical, or indeed necessary, with professionals who provide professional services. I mean, nobody is really going to put a picture of the inside of their fridge on a billboard and although there was that long Zoom moment where we all felt pressured to hide Marian Keyes behind Margaret Atwood, we’re still putting our fizzogs face first.

What about forearms? Hands? You can tell a lot about people from those. But then I don’t suppose Forearmbook would have Facebook’s global appeal.

I don’t think I’ve ever used the phrase to anyone about changing your face unless you want it to stay that way, but I know I’ve been on the receiving end of it. It takes 17 muscles to smile and 43 to frown and not as many as either of those to make your mark in a box which is to say voting takes less muscular effort and makes more of a difference. On the face of it, I’m not sure how those two things are connected, other than to face the fact that it’s always timely to remember that the face we present to the world is mostly much less important than the actions we take.

Actually, we hid Frances Parkinson Keyes. Louisiana Catholicism is not big, these days.

Heads, or as we said, 'the boko'. High forarded, I was called 'Professor' at school. There are bumps on skulls, supposedly designating intelligence. People would exclaim 'Goodness! What are you doing in manual work, Manuel? With your bumps you should be in charted accountancy!' Then, a lady up north said 'actuaries don't do it'.
Probably, Latin professionals gesticulate, trustworthily.