Getting that holiday buzz 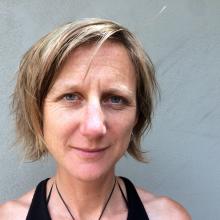 The Dali Lama has a lot of good stuff to say about mosquitoes, like how if you think you are too small to make a difference, you should try sleeping with one. And how you will notice your reactions changing towards them, depending on whether it's your first or fourth crepuscular visitor in a row and how high the risk of malaria is wherever you happen to be calmly and consciously blowing mosquitoes off your arm.

Well, obviously I don't mean that. In my right mind I'm completely aligned with anyone who says that their religion is kindness. And I clearly don't want the hating kind of karma. And I've got an old friend who once happened to get the opportunity to do some computer stuff for His Holiness. And he says he was a really nice guy. But it's 3.26am and I've been looking forward to a good night's sleep thanks to the debacle that was yesterday's attempt at a good night's sleep: the unsdt unsdt unsdt that emitted from the Surfers Bar DJ evening until well after 2am, before the early morning call to prayer and after everyone from the Surfers Bar revved their motorcyclos outside my window on their way home and before the first morning rooster at just before four. It wasn't even light.

They're attracted to heat and it's fair to say that I'm hot: hotter than most people right now, thanks to the 1.24am breakdown of the air conditioning unit, which necessitated a dazed google search for Gree H6 Error and an attempted reboot of the fuses. It didn't work.

The malaria risk is low here, though higher in the east. It's 3.33am and we're staying in the east. It's 3.34am and I wish I hadn't kept Googling. Turns out there's just been a malaria outbreak here. Brilliant. There are between one and 17 but probably only two mosquitoes screaming in my ears. I give myself a few hard slaps on the side of the face. That'll teach them. But they keep on whining their little wings around my head at more than 500 vibrations a second, dive bombing my senses. I get it, I do. They're important to the food chain. We all have our place. But surely we could just Agent Orange the nasty little blood-sucking critters and the little fishies that rely on eating them could just learn to eat plastic like the big fishies do.

It's 3.37am and I don't really mean that either. Karma's already beach-dumped me off a shore break this week. I'm trying to practice compassion or even hold on to a shred of reasoning. We are all equal under the sun and the moon and the dysfunctional air conditioning, contributing to the beauty and prosperity of the world; the mozzies, the roosters, the Surfers Bar party goers, the Dalai Lama and me.

It's 3.42am and who sang that catchy thing about minutes seeming like hours and years going by like days? It's 3.47 - I think it's a Skyscraper Stan song. I start humming. It's almost four o'clock. The rooster starts as if on cue. It's going to be another fantastic day.

'I don't want to die, just want to ride on my motorcy//cle'. Arlo Guthrie.

Within reincarnate religion, you don't kill mosquitoes, winged insects of any variety, for they may be someone's 'Uncle'.