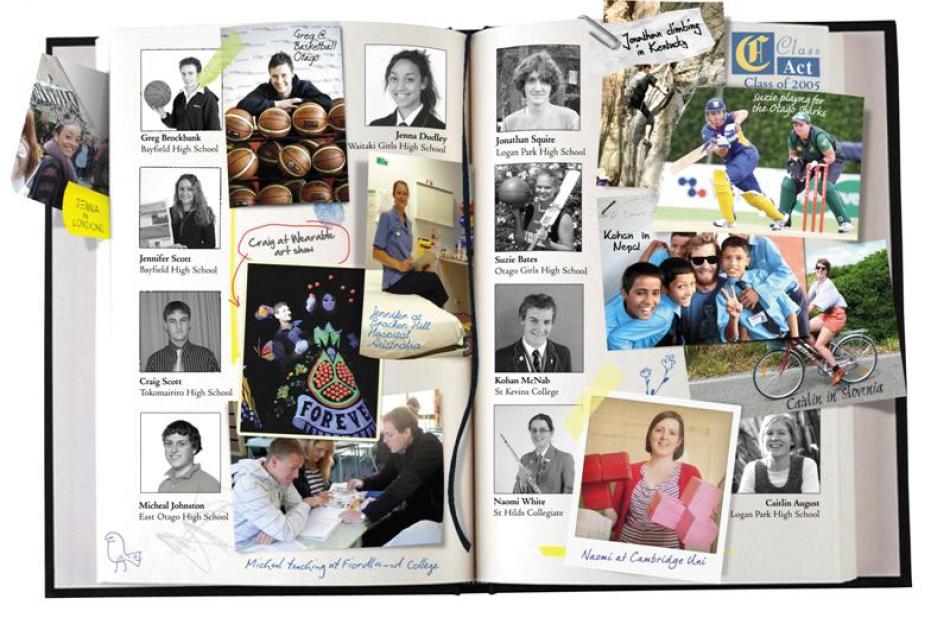 They're the generation who demand cutting-edge technology, greater work-life balance and fast-track promotions. So how are some of our high-school highest achievers getting on in the world? Kim Dungey tracks down the Otago Daily Times Class Act recipients from 2005 and finds out what they are up to.

Mike Carruthers (25), says his generation is definitely not prepared to "settle".

"We want to be fulfilled and excited by our work careers and lives. We aren't looking to settle down into a company and be there for the next 40 years and we aren't prepared to wait forever for a promotion ..."

A science graduate, the former Dunedin man is working as a marketing analyst for TrustPower and one day wants to be a company chief executive.

Like many of his peers, he grew up with a schedule packed with extracurricular activities.

Now, as he juggles his job with multisport and musical theatre, he has little downtime and believes if he works hard for something he can achieve it.

Generation Y, whose members were born between the early 1980s and the early 2000s, were once described by Fortune magazine as the most high-maintenance yet potentially most high-performing generation in history because its members are entering the workplace with more information in their heads and at their fingertips and higher expectations of themselves and others than prior generations.

Certainly, when the Otago Daily Times caught up with the 54 people who received Class Act awards as high school pupils in 2005, we found a group who were ambitious and outspoken. But we also discovered a "class" who are concerned about world events and who, more than anything, are connected.

Their vice-like grip on their smartphones and laptops goes beyond keeping in touch with friends and family.

Naomi White, who is doing a PhD at Cambridge, thinks they are more likely to challenge the status quo, adding the development of social media has made it easier for people to advertise beliefs and connect with like-minded people.

And some commentators say they are well positioned to address the global issues of our time because they see the world as a vast resource of knowledge and community.

John Cosgrove, who earlier this year opened his own physiotherapy business in Auckland, says he and his peers were encouraged by teachers to stand out and to be individuals: "It was pretty unorthodox to propose a business venture with my boss after two years of experience but I believed, with his help, I could do it and perhaps this had a lot to do with the era I grew up in.

"I reckon we are a generation of big thinkers and I don't think that is a bad thing, as long as it can be balanced with a bit of rational thinking."

Masters student Fabia Fox has many goals, from being an author and prime minister to owning a bookshop and a farm, and says thanks to her upbringing, her education and the opportunities modern society affords, she has the skills to give them all a "good crack".

However, some see flaws in children being told from the time they are toddlers that they can be whatever they imagine.

"The kids of the '90s, following in the footsteps of their '80s-raised brothers and sisters, have a sense of entitlement that the world can no longer deliver on - an idea, instilled by our doting parents and faithful teachers, that if you have enough confidence you can achieve anything. I just don't think it's true," says Kitty August, who works for the New Zealand Transport Agency.

"Don't get me wrong. Confidence is a great thing and goals are important, but soaring expectations are not exactly constructive."

Fox feels many people her age are apathetic and ignorant of some of the bigger issues facing society: "For all the information that is available at our fingertips, we have become lazy and very accepting of what we are told. I guess this has to do with our lack of investment in society - we don't own property, we don't own businesses, we are young and working to advance ourselves ... As this situation changes, attitudes will change too."

Now aged in their mid-20s, the group's members describe themselves as more liberal and less set in their ways than previous generations.

Unlike older people, they have had neither free education nor the opportunity to build strong business careers through on-the-job training, says Kohan McNab, a law graduate who helped lead the student volunteer army launched via Facebook.

But for Gen Y, the reality is you have to incur significant debt to gain professional qualifications - even trade-related certification - and even then, employers in the past three to four years have been reluctant to invest in on-the-job training of young graduates."

That was also mentioned by August, who says a restricted job market "that's screaming for extensive work experience before an employer will even give you an interview" makes her generation more risk-averse than their parents.

"You're really going to think twice before ditching a secure job in a flight of fancy. It's a bit of a shock. I don't think I ever imagined myself being so sensible."

In the current climate and at the beginning of his career, lawyer Kieran Miller is happy just to be employed within his profession. But with globalisation bringing nations closer and employment no longer restricted to the local economy, he ultimately wants a career that crosses boundaries and that is flexible enough to allow him to travel.

Miller says he was fortunate to gain employment in New Zealand after studying in Hungary last year but opportunities are more limited than they used to be and many graduates are being forced overseas. Surveyor Bridget Wright says about 80% of her year is working abroad.

Physiotherapist Kate Brewerton is in Australia because it has more job opportunities, higher salaries and is "not that far from home".

Some, such as executive assistant Michelle Willyams, see positives in the so-called brain drain.

"New Zealand needs its future leaders, workers and parents to be well-rounded and open to other cultures and perspectives. If leaving New Zealand is the way for some, then so be it."

Most also seem to see student loans as a fact of life for their generation and a worthwhile investment.

Some are worried by the rising cost of education and how to save for a home, let alone retirement.

Seventeen told us they are doing the latter. Just two had bought properties.

The Class Act awards recognise excellence across many fields and seven years on, the 2005 recipients are beginning to fulfil their early potential.

In sport, they have gained national honours in everything from running to rowing. Suzie Bates represented New Zealand in basketball at the Beijing Olympics and captains national women's cricket team the White Ferns. Adam Hall won gold in the slalom at the Winter Paralympic Games in 2010 and is training for the 2014 games in Russia.

Nadya Shaw Bennett is an actor, Kathryn Roy has had one of her compositions performed by the Southern Sinfonia and painter Rosa Scott has had her first solo show and travelled to New York and Europe on a fine arts travel scholarship from the University of Canterbury. Others are at university, studying everything from the evolutionary genetics of invertebrates to crime in 19th-century Dunedin.

Jonathan Squire is completing a PhD in plasma physics and controlled fusion at Princeton University, New Jersey, on a Fulbright fellowship. Naomi White is doing a PhD in psychology at the University of Cambridge, looking at how sibling relationships change over early childhood, after being awarded a Rutherford Foundation scholarship.

Asked about the defining moments in their lives, one mentioned her parents separating soon after she finished high school; another, a reunion on her marae before she moved overseas and Kerry Robb recalled the exact moment that a tackle on a Russian rugby field ended his professional rugby career.

The halfback was playing in the national league for the eastern Siberian club of Krasny-yar when a Russian prop went through in an offside position and landed on him, hyper-flexing his hip.

Two years on, he is a sales representative for Resene paints, thankful that a commerce degree has given him options and, despite doctors' predictions, is still playing rugby.

Anthony Hutchison had been teaching in Japan and was on his way to the airport for a scheduled trip back to New Zealand when the March 2011 earthquake and tsunami struck.

He and his New Zealand colleagues later returned to their jobs in Tokushima and did a charity walk to raise money for the victims.

Several others described their experiences during last year's Christchurch earthquake.

Recalling highlights from the past few years, many mentioned their experience at university, where they made new friends and for the first time, were able to study exactly what they wanted to.

For Naomi White, it has been studying at Cambridge, where so many distinguished people started their careers. Her department is in the building where Ernest Rutherford worked and the pub where her group meets for drinks is where Watson and Crick announced they had discovered the structure of DNA.

For Kohan McNab, the best thing has been not having to get leave from a boarding hostel to go out on a Saturday: "It's been about seven years and the novelty still hasn't worn off."

For many, the biggest challenge has been finding a balance between work and sport or moving on their own to new cities and countries. Another has been trying to establish what they want to do in life - not easy to achieve when one is from Gen Y and wants every minute to have meaning.

Personal assistant Katrina Finn wants a job that will challenge her but work is a means to an end.

Fabia Fox used to think she would get a degree and walk into her dream job. Now she is on the verge of graduating, she doesn't know what her ideal job is but is happy to work in lots of different ones until she finds out.

Class Act 2012
This year's Class Act winners will feature in an Otago Daily Times tabloid on Wednesday and will receive their awards from Prime Minister John Key at a function in Dunedin the following day. 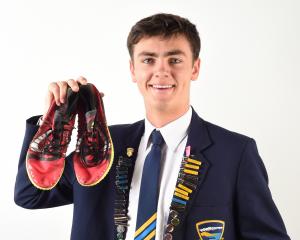