How Labour voters got the blues 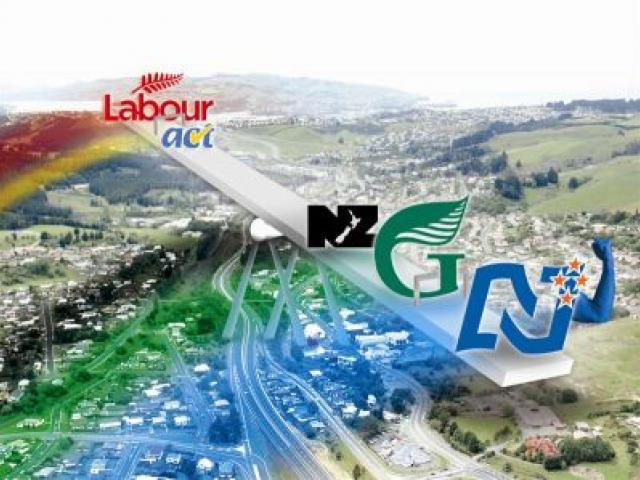 Amid the rubble of its 2011 election-night defeat, Labour's loss of the party vote in Dunedin South stood out as a singular "disaster". The seat, traditionally regarded as "safe Labour", swung to National. Mark Price takes a closer look where the votes went.

National gives the credit to its candidate and its campaigning. Labour blames a low turnout and national trends.

For weeks to come, the question of why the Dunedin South party vote turned from red to blue will be central to each party's after-match analysis.

They will study the electorate, polling place by polling place - trying to decipher from the bare numbers the motivation of voters.

And, each polling place has its own story to tell.

Here, for instance, is the one from a small polling place in the "blue-collar" heart of South Dunedin.

That was a comfortable 118 votes ahead of National.

Helen Clark was prime minister then, John Key was the new boy on the block and Clare Curran was, as she is now, the Labour member of Parliament for Dunedin South.

That was 72 fewer than at the last election.

In the end, Labour held sway at St Patrick's.

The polling-place stories beyond South Dunedin showed stronger forces at work, pushing Labour into second and even third place. 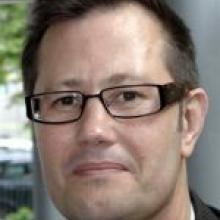 Bryce Edwards
University of Otago political scientist Dr Bryce Edwards says one of the points made by this year's election results was that Dunedin South and South Dunedin are not the same thing.

The electorate stretches from the affluent harbourside villages of Otago Peninsula, across the poorer areas of South Dunedin and off into the rural heartland of Middlemarch.

Dr Edwards noted Labour had focused its attention on South Dunedin and that allowed National to "hoover" up votes in the more affluent parts of the electorate such as Mosgiel, Abbotsford and Fairfield.

And, like many other electorates, Labour had missed the vote of what former Dunedin political commentator Chris Trotter defined as "Waitakere Man".

Trotter, after the last election, described a voter who had a trade certificate rather than a degree, worked hard to pay the mortgage and had no time for intellectuals, "politically-correct bull****" or welfare beneficiaries.

While the final numbers for individual polling stations won't be confirmed until next week, it is believed they will not change markedly from the preliminary party vote results already available.

Abbotsford changed colour - from red to a bluey-green - with something of a landslide of votes from the Labour camp into the National and Green camps.

Edwards: This suburb is becoming more conservative. It is an area of increasing affluence, and it now rates as three out of 10 on the University of Otago Index of Deprivation scale - a relatively wealthy suburb.

Interest in the election appeared to slip at Andersons Bay - the number of votes cast down by 112, to 1318.

The Greens collected an extra 69 votes, taking them to 223, but of the 36 Act voters at the last election, all but seven disappeared.

The biggest percentage jump was for the Aotearoa Legalise Cannabis Party, which went from no votes in the last election to two this time.

Edwards: It should be no surprise that this suburb shifted from red to blue. It rates as two out of 10 on the deprivation scale, making it a wealthy suburb.

However, even though Labour got 40 votes fewer than the last election and National gained six, Labour, with 169 votes, remained 12 ahead of National, on 157.

Edwards: The most interesting change in Brighton was the significant increase in Green voters. There are increasing number of middle-income and lifestyle residents - the type of voters that the Green Party is increasingly focused on. Brighton is five out of 10 on the deprivation scale - an averagely wealthy suburb.

Two of the "minor" parties got the thumbs up at the two Caversham booths.

Edwards: Caversham is a very poor suburb. It rates as eight out of 10 on the deprivation scale. So it should be no surprise that Caversham voters largely vote for Labour. But what is surprising is the significant increases for the Greens and New Zealand First.

Neither Labour nor National did well in Corstorphine - Labour losing 190 votes to end up on 389, and National losing 30 to take 235 votes.

And Act was down six to just one vote.

Labour took a big hit at the Fairfield Community Hall, its vote plummeting by 197, to 380, while National picked up 75 votes to give it 718.

Just eight Act voters remain from the 39 who voted that way the previous election.

Edwards: It should be no surprise that National received twice the votes of Labour in Fairfield. This suburb is very wealthy, with a rating of one out of 10 on the deprivation scale.

Voters at the two Green Island booths bucked the low turnout trend with an extra 172 casting a valid party vote to make the total 1783.

Edwards: Green Island is a typical "middle New Zealand" battleground for Labour and National. It rates as six out of 10 on the deprivation scale, meaning that it's an average, but slightly poor, suburb. As with similar suburbs around the country, Green Island swung towards National, although it still gives a greater proportion of its votes to Labour. National will be very pleased with this result.

At the Macandrew Bay School, National rolled Labour, with the help of the Greens.

At the previous election, Labour was 99 votes ahead of National.

But even worse for Labour; it was beaten into third place by the Greens who increased their vote by 77, to 234.

Edwards: There will be some surprise to see Macandrew Bay won by National for the first time, but it is actually a very wealthy suburb. It rates as one out of 10 on the deprivation scale, making it one of the wealthiest in the country. This explains why the Greens, too, were able to push Labour into third place. Macandrew Bay is exactly the sort of area that the Green Party has been focused on winning new votes.

The Strath Taieri School vote was interesting mainly because National lost [a little] ground in this traditionally blue ribbon area.

At the last election, National received 137 of the 213 votes cast.

New Zealand First made the biggest gain, going from four to 14, while the Greens gained seven to make 18.

• National: By the length of the back straight.

Edwards: Although Middlemarch might be considered a "traditionally blue-ribbon area", it is actually a relatively poor area. It rates as seven out of 10 on the deprivation scale, making it a relatively low socio-economic area. So although it is very much a National voting area due to its agricultural base, there might not be quite as much enthusiasm for the incumbents as might be expected.

There were 1571 fewer voters in Mosgiel than at the last election - the total valid party vote dropping to 4583 at the town's eight booths.

Labour suffered most of the consequences, conceding its top spot in the Mosgiel polls to National.

At the previous election, Labour led National by 270.

The difference between Labour this time and last time was 1211.

Edwards: Mosgiel was obviously a disaster for Labour in 2011. Labour normally wins the town easily. Certainly it contains a spread of average-to-low socio-economic residents, according to the deprivation scale. Mosgiel South has a rating of five out of 10 and Mosgiel East has a rating of seven out of 10. Labour should easily win such an area. However, National's candidate, Joanne Hayes, lives in Mosgiel and focused much of her energy on winning over this area. Meanwhile, Labour's Clare Curran mostly focused her campaign attention on the general South Dunedin area.

Musselburgh voters gave the Greens the big thumbs up - handing them 61 votes more than last time, boosting their tally to 151.

That, combined with a Labour drop of 178, to 348, helped National ease into the lead with 369 votes - just four more than it got at the last election.

Musselburgh voters slashed their support for Act from 22 to five but there was no rush to New Zealand First, which gained just four votes to make 58.

• National: half a head.

The 391 people who voted at the Ocean View Public Hall swung towards National, giving it 149 votes, 13 ahead of Labour.

At the last election, Labour was 75 ahead of National.

The Green Party almost doubled its vote, up 29 to 60 while Act, which received 13 votes last time, sank to just one.

Voters at the Outram School turned an even deeper shade of blue.

The 21 Act supporters at the last election dwindled to two, while the Greens gained 25 to reach 58.

• National: By a country mile.

Act got 12 votes last time and none this time.

The six booths of South Dunedin gave Labour 1336 votes and National 843. But, the vote for Labour was 466 less than at the last election while National was up 93.

Edwards: Although Labour won South Dunedin easily, the gap between Labour and National was surprisingly close for such a poor area, and this gap is considerably narrower than ever before. The South Dunedin area is rated 10 out of 10 on the deprivation scale - meaning that it is a very poor suburb.

At the last election, Labour got 558 votes and National 444.

• National: By a length.

Labour hung on at the two St Kilda booths - collecting 293 votes compared to National's 219 - but it was down 84 votes on the last election.

National tightened its grip on the windy knoll of Waverley, taking 772 votes, an increase of 59 on the last election.

Labour was left with 376 votes after dropping 214 votes from last time.

• National: At a canter.