Leaving the past beneath us 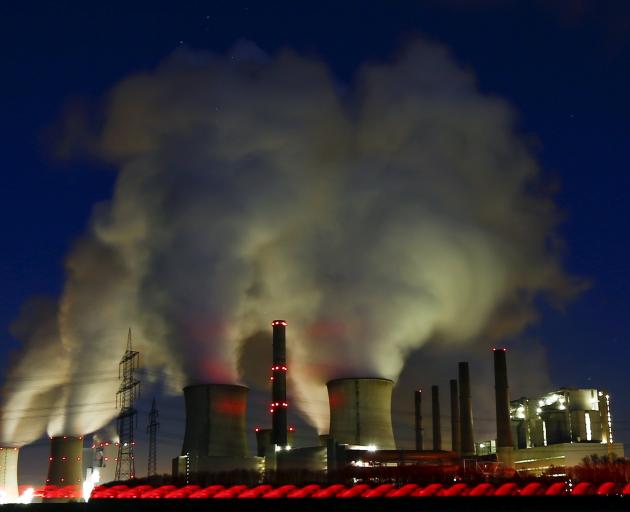 Steam rises from the chimneys of the coal power plant of RWE Power, one of Europe’s biggest electricity and gas companies in Neurath, northwest of Cologne in Germany. Photo: Reuters 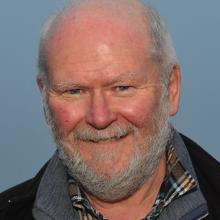 It is time to consign the black rocks that stoked the Industrial Revolution to history, writes Colin Campbell Hunt.

Coal: the fuel that powered the early Industrial Revolution. The most abundant source of carbon-energy on the planet by far. Enough to power economic growth for centuries to come. The major power source for China’s gigantic industries and still a major part of energy supply for advanced economies such as Germany.

And also, according to the International Energy Agency (IEA), the fuel responsible for nearly half (46%) of the world’s CO2 emissions in 2014. The fuel that emits more CO2 per unit of energy produced than any other: twice as much as "natural" methane gas, 30%  more than oil.

And despite what we know about the dangers of CO2 emissions, a fuel that actually increased its share of the world’s energy production over the 40 years 1973-2014, producing more than two and a-half times the energy at the end of the period as the beginning, much of it in China and increasingly India also.

And despite the EU’s leading role in setting targets for greenhouse gas reductions, the fuel that, according to the research group Climate Analytics, is planned to fire 11 large new power stations in Europe, enough to take the EU’s emissions to double the level consistent with the Paris agreement to limit warming to 2degC. 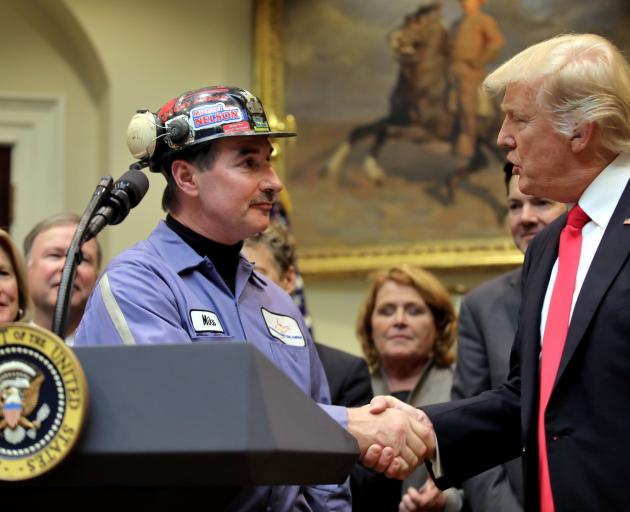 President Donald Trump shakes the hand of a coal miner at a signing ceremony last week to repeal clean-streams regulation in coal country in the US. Photo: Reuters

Not only should these plants never be built but, again according to Climate Analytics, a quarter of Europe’s current coal-fired power plants need to be switched off before 2020 (just three years from now), and all to cease production by 2030 if that 2degC target is to be met.

What are the consequences of moving away from coal as a source of energy? What is it used for now?

For the world as a whole, the major use is to produce electricity. The IEA estimates that coal is used to produce 41% of the world’s electricity. Electricity is of course a much more convenient energy source than dirty coal, but the electricity the world gets from coal is a major source of CO2 emissions nonetheless.

The transformation from coal’s inherent energy potential to electricity is also spectacularly wasteful: only 30% of the coal-energy going in comes out as electrical energy. Any other fuel source would be a less harmful producer of electricity than coal: "natural" methane gas; even oil.

If we want to break our reliance on coal, using it to make electricity is the first place we should start. In New Zealand, Genesis Energy plans to close the coal-fired Huntly power station by the end of 2022.

After electricity production, the world’s next largest use of coal is in industry where it is used as a direct source of heat, avoiding the waste of turning it into electricity. New Zealand’s West Coast mines export well over a million tonnes of high-quality coking coal to the steel industries of India and Japan.

However, volumes have been falling  (by 21% between 2014 and 2015) due to over-expansion of world capacity and declining prices in the failed expectation of continued growth in demand from China.

At home, the largest single industrial use of coal is also for steel. The Ministry of Business Innovation and Employment’s report, Energy in New Zealand 2015, identifies the Glenbrook steel mill as the biggest single user, taking one-third of the 2.8 million tonnes produced in 2015.

Other major industrial users are meat, dairy, cement, lime and plaster. Use of coal to dry milk into milk powder continues to grow, reaching 0.7 million tonnes in 2015, one quarter of all coal used in New Zealand. There are alternative energy sources for both industries: electricity for steel, and gas or (better) biofuels for milk powder.

As with the European challenge to break their dependency on coal-fired electricity, making these transitions to lower or no-emission energy sources will  probably mean closing plants before their planned economic life has expired. A sufficiently high price on carbon emissions might achieve that. A more direct intervention by a government concerned to protect a liveable climate for future generations would be to subsidise the closing of these "stranded assets".

As with many other concerns about climate change, getting coal out of the energy mix in New Zealand is less of a challenge than it is for the world at large. As the chart above shows, coal makes up less than 7% of our primary energy supply. Estimates by the International Energy Agency are that the world as a whole is four times more reliant on coal. Our big saviour here has been geothermal energy production, which is two and a-half times more now than it was in 2000.

To bring all this close to home, the Dunedin Energy Centre on the south-bound one-way route provides lignite-fired energy to three big users: the hospital, the university and Cadbury’s. The tragic closure of the Cadbury factory is not how we would want to get coal out of our lives. We look to the hospital and the university to show us a better way.

there are ways to burn coal / clean/