A life devoted to sport 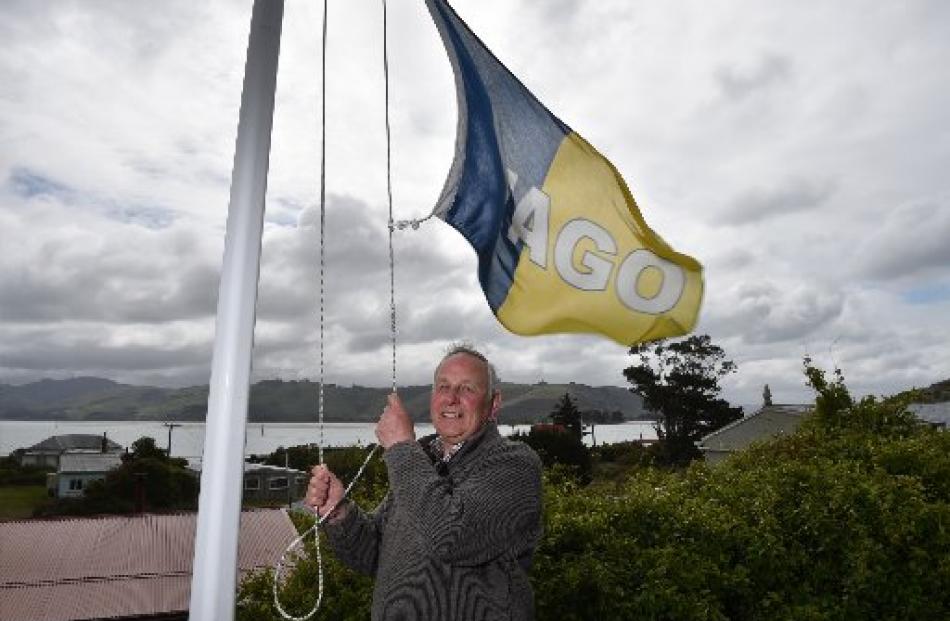 Des Smith raises an Otago flag at his home at Harington Point. Photo by Gregor Richardson. 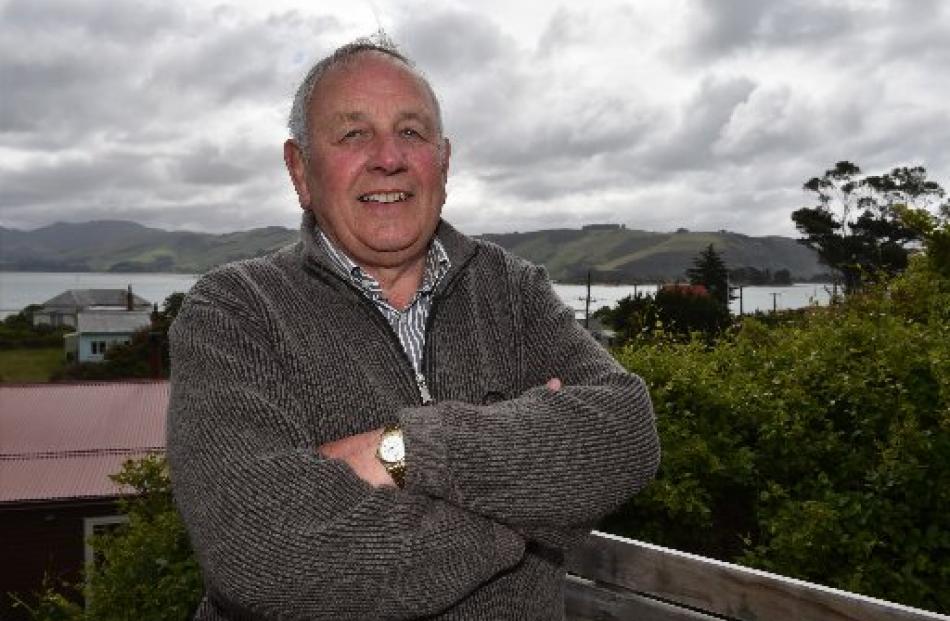 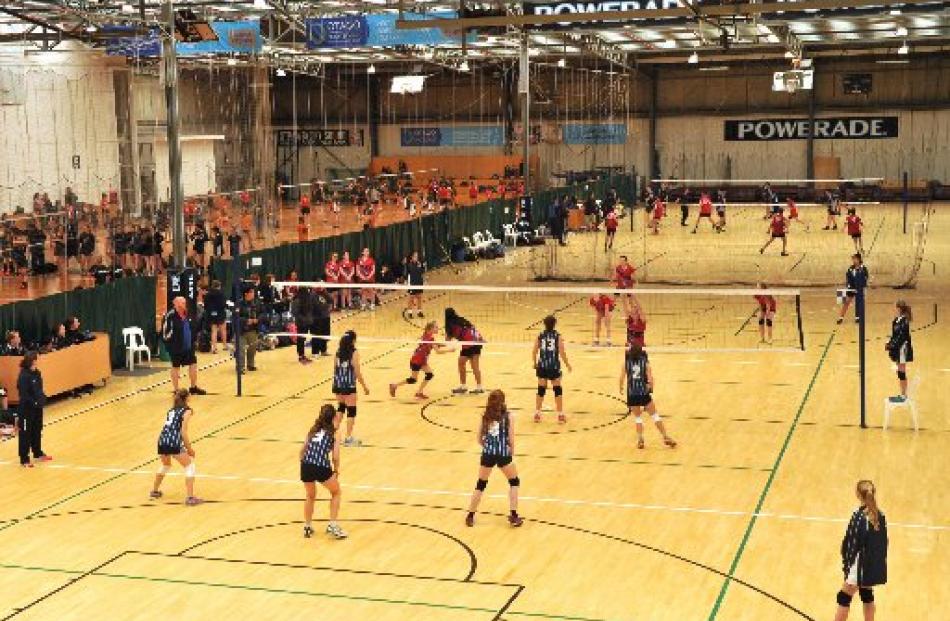 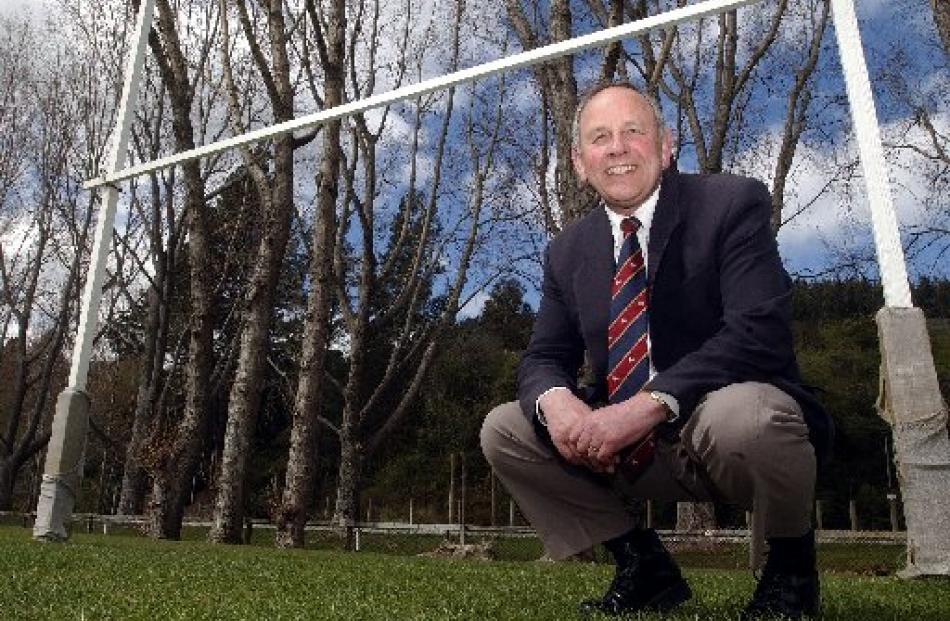 Des Smith celebrates 100 games as manager of the Otago rugby team in 2004. Photo from ODT files.

Des Smith has been at the coalface of secondary school sport, mixed with some of the best rugby players this country has produced and played a key hand in the establishment of the Edgar Centre.

The servant of sport discusses challenges and career paths with Steve Hepburn.

He spent many of his early years at Harington Point. Now, after a long and varied career, he is back where he started out.

Smith (71) and wife Raylene have bought a house in Harington Point and are part of a thriving community in the small settlement just down the road from Taiaroa Head, on the shore of Otago Harbour.

‘‘It's a great little community out there. Everyone gets along and we are all involved in activities in the bay, particularly fishing and socialising. It is a beautiful place,'' Smith, who has a view from his deck that encompasses cruise ships and wildlife such as seals and penguins, said.

Smith, though, is still busy. Always has been and always will be.

It has been like that ever since he was a boy growing up in Dunedin.

He attended King Edward Technical College, where he was head boy and captain of the first XV and first XI.

He was also a member of the National Youth Orchestra, playing a strong bass. It was there he met his future wife.

He went on to study mathematics at the University of Otago and then spent a year in Christchurch at Teachers College before joining the staff of Otago Boys' High School where he stayed for 27 years, finishing up as the deputy rector.

Smith has enjoyed a varied and rewarding career. He has mixed with some of the best rugby players this country has produced and been at the coalface of secondary school sport.

He says sport is often an important part of people's lives.‘‘Kids as a whole have not changed. My grandkids [he has nine] are still right into sport, they love it.

‘‘What has changed is the involvement of teachers in coaching sport. I think when I was running rugby up at Boys' High there were 19 teachers coaching 19 rugby teams. That has now all changed.

‘‘However, it is not necessarily a bad thing, as there are committed people in the school communities who are keen to support school sport.

‘‘At the elite coaching level, things have obviously changed a great deal. We used to start thinking, about the first of April, we'd better put a list up [for the first XV] on the noticeboard and see who is interested this year,'' he says.

‘‘But nowadays, it is on the go all the year round. In summer you have sevens and then you start working into the season's programmes with some training.''

Smith says the sports council model is a support network aimed at involving the community more in the delivery of sport in schools.‘

‘We need clubs and schools to work more closely together so that there is a continuity to keep students playing.

‘‘Many country areas have shown very clearly that clubs are a better organisation to look after secondary school sport, while in the cities it remains predominantly with the schools with some club involvement.

‘‘However, schools and clubs need each other as both have the communities to get the best people involved in sport.''

‘‘There is a great deal of pride in boys pulling on the first XV jersey. The camaraderie and memories remain with them long after they have left school.''

His last paying job was working with the New Zealand Secondary Schools Sport Association, to try to boost participation in sport around the country.

Otago has one of the best participation rates at 69% of secondary school pupils playing some form of sport and it was hoped Smith could bring those sorts of numbers to regions in the upper North Island.

The figures decline, seemingly, the further north you go.

‘‘School rolls in the greater Auckland area tend to be larger than we have here in Otago and it becomes more difficult to involve students in sport now, with the small involvement of teachers.

''There is also a much greater emphasis on winning, particularly in the elite boys' schools, so resources tend to be directed to attracting the best sporting potential to those schools, to the detriment of many other schools.

‘‘Whether this is a good thing or not is debatable, but it certainly leads to disharmony among schools as well as unbalanced competitions.

‘‘On the other hand, students now see a career in sport and so are attracted to schools who offer these opportunities.''

Smith saw the elite side of school sport when he managed the New Zealand schools rugby team for five years in the early 1990s.

‘‘We had this team in 1993 which had so many great players. Christian Cullen was on the bench, that's how good it was. We had Jonah [Lomu] at No8. I took him over to see Laurie Mains before the test.

''The league scouts were after him and he was getting calls from Australia. I introduced him to Laurie who did not really know of him then. But he [Lomu] had All Black written all over him. As it turned out, it was quite an important meeting.''

That job ultimately led Smith to accept the role as full-time manager of both the Otago and Highlanders teams from 1997 to 2004.

‘‘I was quite inexperienced when I started. But [captain] John Leslie was very, very good to me. He helped me tremendously. When I wasn't doing the right thing he would just have a quiet word.

‘‘But the players were great. That was a team full of All Blacks.

‘‘Jeff Wilson was the best player I ever worked with, both on and off the field; the most professional player I had the pleasure of working with. He prepared for training similar to the way he prepared for a game.

''He would never drop a ball and he trained the way he played. He was also an outstanding role model and the fan mail I would get for him was huge. I did my best to answer most of it.''

Smith also admired the likes of Leslie and All Black prop Carl Hoeft.‘‘Carl was a well-balanced individual who had a hugely positive influence on the team off the field.''Smith has real admiration for the current staff of the Otago union, particularly with the way they have bounced back from their financial crisis.

‘‘They have very limited resources in terms of people, office space and team facilities, and yet they are punching above their weight in most areas, and will only improve.

''The Edgar Centre was just a large woolstore when Smith was approached by businessman Eion Edgar to look into converting the massive complex into a sporting arena.

‘‘It had been noticed you could fit a netball or tennis court in between the uprights which held the roof up,'' he recalls of the facility, which was officially opened in 1995.

‘‘Netball used to be played on the old Memorial Courts, where it was far from ideal, weather-wise, for that sport, while tennis also wanted an indoor venue.''

Smith says it was a grand idea but also a huge challenge.

‘‘We had no money. We had to set the place up, get the floor in from Australia and then work on how we could survive. We sold all the signage round the building and then we had to charge every spectator to come in and watch their children play.

‘‘As you would expect this was not well-received. But it was the only way we were going to make it financially viable. It was just a woolstore with one changing room. I would stand there in the foyer on a Saturday to keep people calm, as we took the money off them. We had 5000 netballers coming through on a Saturday.

‘‘It was hard but we had to do it. Sometimes you have to go through those hard times to be successful. You look at the Edgar Centre now. We are now reaping the rewards of all the hard times.

‘‘We did the same with Moana Pool in the city when it started. Now I'm sure it is going to be the same with the [Forsyth Barr] stadium.''

One facility Smith did not get across the line was an artificial turf at Logan Park, which he sees as an opportunity wasted.

‘‘I was asked by the council to undertake a review of the future of Logan Park and did a great deal of work with many different sporting groups ... while we achieved a great deal we just lost the artificial turf; it got voted down 7-6 at the council.

‘‘We need it because of the weather in Dunedin, just the sheer number of times the grounds are out. I worked out between 4pm and 10pm on the surface during the week, Monday to Thursday, you could get 96 teams training.

‘‘It would have cost about $1.4million. Most other centres had the turfs and Dunedin was falling behind by not having one in its town.''

Smith though has not given up hope. He just wants the best for Dunedin.

It's a city he loves, and one he has done plenty for.