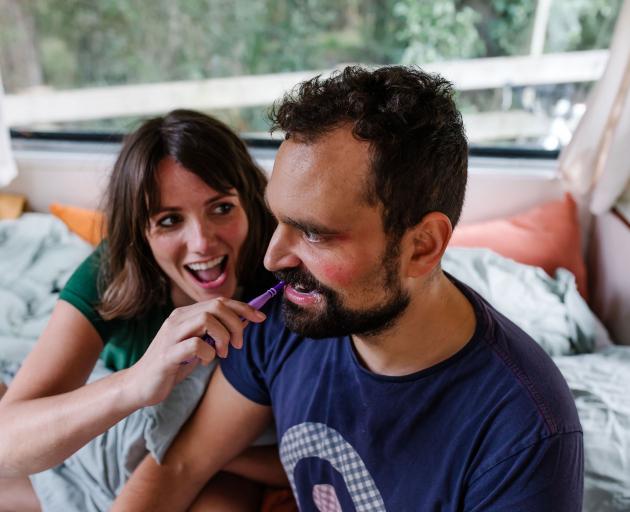 Ollie Lucks’ mop of dark curly hair has lurched left to right across his head, hauled upright and across by the film director himself as if he were adjusting an antenna.

It was previously angled at about 45 degrees in the opposite direction but apparently not receiving the signal Lucks was looking for.

And, sure enough, before long Jan Oliver (Ollie) Lucks is running his hands across his head again, recreating the earlier styling. It’s the unmistakable semaphore of a man involved in searching thought.

It looks hard on the hairline, which raises the possibility that Lucks is someone who, in pursuit of his art and answers, is happy enough to pull at his locks and wear the cost. That seems consistent with his new film, the reason we’re talking.

Otherwise, Lucks looks in good shape and sounds in good form, talking quickly with the clipped consonants of his German upbringing. The window behind him is dark, because he’s in "very rural" England and an autumn’s night has fallen there. He is wearing what looks like a properly thick Sunday jersey. It’s a relaxed and homely domestic sort of scene and he looks comfortable in it. It’s a friend’s place, he says.

The question is never asked directly. But at one point Lucks will say: "It doesn’t really matter".

Which is pretty extraordinary in the circumstances.

The film documents the true story of Lucks’ decision, together with his partner, to spend the months leading into their wedding flinging caution to the wind, then plunging headfirst into polyamoury. Indeed, the opening scene involves Lucks leaping naked from a swimming pool highboard, metaphorical sure, but for real.

There are then frames of what looks very much like true love, Ollie and Zoe all dilated pupils and puckering.

"We got engaged one year ago and have been in an open relationship for three months," Lucks monologues over the opening credits. "Which means we are mostly committed but allowed to cheat on each other. Zoe is the love of my life, but I always felt like I didn’t make the most of my 20s, that I was a sexual underachiever. So, with the wedding as the finishing line, being open seemed like the perfect way to get that out of my system."

If may very well sound like a surefire recipe for a car crash, but that was not the plan. In fact, the pair laid out a manifesto in an effort to have at least some chance of staying within the roadside barriers.

"With limited knowledge we set out our rules and tried to stick to them as best we could," Lucks confirms.

But, no surprises here, he concedes it became easier and easier to break them and slide as time went on.

"At one point we just threw them out the window because we became enamoured with the ecstasy of it going so well for a while. And you become a bit careless."

Maybe the closest Lucks gets to answering "what on earth were you thinking?" is this: "The dangerous part is that you think you’re rational but you are just rationalising your emotions. You think you are making rational decisions when really it is just your hormones or emotions that are making the decisions for you."

What this apparent madness seems to come back to, is Lucks’ ongoing investigation of men’s health, and more specifically, men’s mental health.

That was very much at the heart of his 2014 film, Characteristics of C Minor, which documented Dunedin musician the late Nick Knox’s journey from a lonely and dangerous place to somewhere brighter.

Then there was Wilbur: The King in the Ring, his film about friend and wrestler Wilbur McDougall, which was not so much about wrestling at all, but about friendship and men’s health. 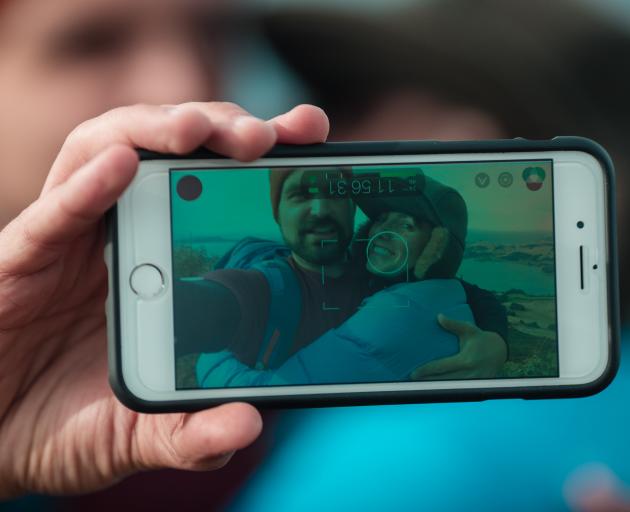 Film as therapy, men’s health and vulnerability are three key words or phrases that Lucks includes in applications when he has to talk about his work, the film-maker says.

Lucks (37) thought those underachieving 20s had left a deficit that needed to be addressed. Regrets, he had few, including a "purpose void" he’d fallen into immediately post-university, mixed with a perceived failure to fit into Dunedin’s drink-hard, play-hard social scene.

It meant he couldn’t look back at the confident self he’d have liked to inhabit through those years.

It’s something young men are likely to feel even more keenly today, he thinks.

"I think it is worse now with social media being even more prevalent."

"You only see what they are putting up — that flexing and posing and being successful can eat away at your insecurities and fomo. I had enough of that without social media."

It will all be explored further in his next project, Lucks says, which will be about men’s self identity "and the feeling you have to be very masculine and alpha".

"I was always the class clown when I grew up," Lucks says. "I never had a problem making fun of myself. That was always the way I bonded with people, by falling over or doing something stupid and having other people laugh at me perhaps. But ideally with me, about being stupid. So far it has served me well.

"After the film has come out, I haven’t regretted anything from it being in the public sphere."

It’s quite a statement, given there’s an enema scene in the film.

That attitude is a point of difference in the New Zealand landscape, he says. His willingness to open up about things other men might be ashamed or scared to talk about.

"In the end, I think a lot of people are scared because they are afraid of what other people say. For me, I have had a pretty transient life where I find it easy enough to pick up my stuff and move somewhere else."

It might be quite different for someone who has lived in one place, where they know everyone and are concerned for what little privacy they have.

"I don’t find that as frightening because I know I am quite able to be untethered."

But he says it’s also down to a realisation he had when observing online behaviour. Maybe something you did or said might attract notice and comment but in the end no-one really gave a damn.

"You know? People will read something about me and they might say ‘ooh, ah’ but in the end no-one is going to think about it in 10 months and be like, ‘I can’t believe Ollie did that thing’.

Putting aside the implication of that last statement for a film that involves a treasured relationship, this is Lucks’ oeuvre. It’s more than a little meta.

Lucks studied at the University of Otago, doing the natural history film-making course.

"I learned pretty quickly that I don’t have the patience to film animals," he says. "I am too lazy to do research."

"I read half of it at least," he’d said, laughing. "I am not good at finishing books."

That laziness, mixed with impatience, led him to just turn the camera around and focus in on himself and his friendships, he says.

"I guess that still holds true to this day, that I guess I more and more put myself into my work because it is easy, but also I think there is enough there to be mined that will be interesting to others if I make myself vulnerable enough and open enough about it."

It can come off as a touch claustrophobic, which is accentuated in this latest film by the fact Lucks was living in a caravan during filming, just outside Dunedin.

In all, he filmed about six months of the life of the relationship, the last three being the most intense part.

"The first three months we would film two or three times a week. ... But then as we migrated from an open relationship to polyamoury and things became a lot more complicated, we filmed a whole lot more. To a point where I think for me the film became a bit of a shield where I had a way to protect myself from what was actually happening and didn’t have to engage with it. I just pointed the camera at it."

In all he ended up with about 60 hours of footage.

Going through it later was a lesson in how fallible memory is, he says.

"And how it shakes the idea you create of yourself in your own mind. I think that was the main benefit I got out of it and the main therapeutic element.

"I think, I hope it made me a better person," he says rubbing at several days of stubble, in reflective mode.

Nevertheless, that’s the end of filming his own relationships, Lucks says.

"It is definitely a burden and a risk to film everything that goes on in your relationship."

It meant no longer seeing life as life, but rather a story.

"And a good story has a lot of drama so I wonder how far I perhaps created more drama because I wanted good drama for the film. The film-maker in me played against the fiance in a way."

He said yes to things he might not have otherwise.

On the other hand, there were genuine lessons, like the importance of openness and not avoiding conversations that shouldn’t be avoided.

"It is not uncommon to feel attracted to someone else," Lucks maintains. "There is always a third. It’s just whether you acknowledge the third, or even allow that third into your relationship. But there is always a third, the person you have a crush on or just glimpse and find attractive."

Acknowledging that was healthy, even if the experience of the film had served up lessons to keep in mind going forward.

"What I wouldn’t sacrifice again is attention," Lucks says. "Giving your partner attention."

Polyamoury is hard because there are only 24 hours in the day and if it means divided attention, that can also mean less attention.

"Make sure you pay undivided attention to your partner," he advises.

"I still have to remind myself of that every now and then."