Messing with your mind, kid 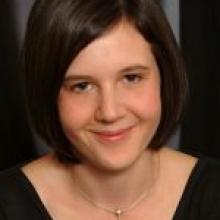 Dr Cordelia Fine
A new regime for children's TV advertising starts soon, but there is reason to believe our children will be little safer from the marketing man's subtle arts. John Gibb gets inside the head of the advertising industry with help from Australian psychologist Dr Cordelia Fine, who is soon to visit our shores as part of the International Science Festival.

Toucan Sam stands poised at the edge of a tomb flooded with milk. There are tantalising riches just out of reach, we imagine. It's really all very Indiana Jones.

The only way our hero, that's the Toucan, can navigate the milky pond is to hop from Froot Loop to Froot Loop.

If he lingers too long, the Froot Loop will sink below the cream - much as the cereal does in a breakfast bowl.

We are, of course, talking cereal here. The high-sugar Froot Loop cereal marketed by Kellogg's in the bright eye-catching boxes on the supermarket shelves, right next to the cereals more highly recommended by nutritionists and generally favoured by parents.

The game is part of a Kellogg's Internet site, festooned with the same bright packaging seen at the supermarket, and it's one of the reasons the restrictions on television advertising targeting children, soon to be introduced in New Zealand, may not be as successful as hoped.

Neither are these voluntary restrictions on advertising junk food on TV likely to resolve all the ethical problems arising from marketing campaigns aimed at children, says Australian-based psychologist Dr Cordelia Fine.

Whether such restrictions, on a relatively narrow span of viewing times, will have the desired effect is called into question by Dr Fine, who is one of the keynote speakers at Dunedin's upcoming International Science Festival, where she will give a public lecture on "Who's messing with my mind?".

In her talk, she will reflect on the ethical issues faced by families and society when advertising is targeted at children.

Dr Fine says the debate surrounding the ethics of advertising to children generally centres on the age at which children have developed sufficient cognitive resources to understand persuasive intent - the point at which they understand someone is trying to sell them something.

But research is beginning to show that even more media-savvy children, aged 12 years and older, are not necessarily any better equipped to shrug off the advances of the advertising agency, she says.

Asked about the merits of television advertising restrictions, Dr Fine says children do not always watch their television at the relatively early times usually thought of as constituting the standard children's watching periods.

Given that, it is fair to assume those aged 12 years and older are even less likely to be impacted.

Dr Fine says children are not just watching programmes designed for them and, as a result of lifestyle changes, more children are staying awake longer.

"And a lot of children have TVs in their room."

Marketing to children is already big business and getting bigger. Figures from the US indicate that in 1990, about $US100 million ($NZ133 million) was spent on advertising targeted at children on television.

A decade later that figure had risen more than twenty-fold, to more than $US2 billion.

As the spend has increased, the vehicles for the marketing messages have multiplied.

Dr Fine says advertisers have switched their approach away from television, and are making growing use of the marketing power of the Internet.

"The television advertising is not as big a part of marketing budgets as it used to be."

Through the Internet, advertisers use many methods to promote their products, including through advertising video inserts, and, particularly where children are concerned, through attractive advertising games, known as "advergames".

The advertiser's product is built in to these games - as in the case of our friend Sam the Toucan - an approach that has proved influential with young players.

These Internet sites have become legion and they are not limited to food products.

So if Toucan Sam is not your child's idea of a fun time, then they could try, for example, the Barbie Doll Internet site - which offers youngsters the chance to "think pink", as they dress their electronic dolls and watch them sprout wings.

If children are not seduced by that method, there's always the "brand pushers". The term conjures an image of listless ne'er-do-wells, hanging out on street corners in bulging trench coats.

The truth is more prosaic and infinitely more subtle. Rather, they are young people recruited to promote products to their friends and peers, without disclosing the commercial nature of their role.

Researchers have raised concerns with such "ethically problematic" forms of covert marketing.

"We need more research into children's capabilities, but one obvious solution is to restrict the use of more covert forms of marketing," Dr Fine says.

"At the very least, kids should know when they're being marketed to," she says.

"There are really a few issues here.

"One is that parents often find certain marketing techniques particularly hard to deal with because of the pestering that they elicit - such as free toys that come with fast food, or when breakfast cereals, snack foods, and so on are 'endorsed' by a much-loved character, like Shrek.

"Often the products are unhealthy, or they may just be more expensive - but they are brilliantly designed to create what psychologists term `parent-child conflict', and parents call an ugly scene in the supermarket.

"This can make parenting a harder job on the day-to-day level," Dr Fine says.

"What the research is increasingly showing is that the parent-child conflict, through a child wanting a particular product, can be very damaging to the relationship and to the child's self-esteem."

There is also concern that "the sheer volume of marketing to children - the commercialisation of childhood" is making kids more materialistic.

"The recent study 'Watching, Wanting and Wellbeing', by Agnes Nairn and others, of more than 500 9 to 13-year-old UK school children, found that watching led to wanting - and to the detriment of wellbeing.

"Greater materialism in the kids was linked with lower self-esteem, and this seemed to be because of family dynamics: the children had less positive attitudes towards their parents, and argued with them more often.

"A third issue is when parents feel that certain products or brands are being marketed to kids at too young an age.

"We know a reasonable amount about when children have developed sufficient media literacy to recognise advertising, understand its persuasive intent, and to analyse marketing messages with sceptical antennae raised.

"But marketing to children doesn't really work that way these days.

"One issue is to what extent children recognise more covert or `stealth' marketing methods.

"They are evolving fast, and the research hasn't really kept up. But if advertising can persuade in ways that bypass conscious awareness and rational reflection, as research suggests that it might, then even being able to spot a subtle marketing message may not help kids too much.

"And in fact, growing evidence suggests that older, more media savvy children are no less influenced by advertising than their younger, more naive counterparts.

"Quite young children find food tastier if they eat out of a McDonald's package."

Older, more sceptical youngsters have often been thought to be better at resisting marketing appeals.

However, advertisers are often using "very emotional forms of advertising" and are not just using persuasive information, but aim to link a branded product with a "positive emotional feeling".

"They have a more positive feeling towards the branded product," Dr Fine says.

University of Otago professor Sarah Todd, co-leader of the university's Consumer Research Group, says she shares the concerns expressed by many about the ability of children and young people to understand "what is really being said in advertisements" and how the marketplace really works.

There is a need for more updated research, she says, particularly given the strong influence of peer pressure on children.

"Therefore, while restricting exposure to advertisements and restricting access to certain products may have an effect, what is really needed is education, both in a formal and informal sense, as well as positive role modelling within families and the wider community, which will lead to attitudinal change."

Bans on the television advertising of "junk food" have been introduced in other countries but there is mixed evidence as to their effectiveness, Prof Todd says.

There is evidence that children's defences continue to be overrun by the all-out cultural assault on their senses.

Dr Fine says there is surprisingly little research into whether media-literacy training in schools actually works.

"And there are plenty of reasons to think that media literacy - as it's traditionally taught - might be relatively ineffective."

The study by Agnes Nairn found that being sceptical about advertisements had no impact on the "detrimental effects of media use on kids".

Here too, older kids appeared to be little better insulated against the advertisements.

"The reason, I believe, is that it's not enough to tell kids that they can't trust the marketing message - usually there isn't a 'message' as such to trust anyway.

"What kids need to realise is that they can't trust their own feeling about the product, because it's been influenced by the advertising.

"That sort of media-literacy training might be more effective - but probably only above a certain age."

The marketing issue for families is "not simply whether the product is healthy".

Even where the advertisers' tricks are used to peddle a healthier message, there are pitfalls.

For example, the Australian children's pop group The Wiggles has been used to promote healthy branded food products to youngsters.

But there too there are difficulties. Affordability is another big part of the picture. Branded products are often significantly more costly than equally good but cheaper generic products that parents might prefer to buy, Dr Fine says.

They just might not make your children love you.

Fine facts
• Dr Fine is an honorary research fellow at the Centre for Applied Philosophy and Public Ethics at the University of Melbourne.

• Born in Canada, she spent her early years in the United States before shifting to England at the age of 5, where she later undertook university study, gaining several university degrees, including a PhD in psychology at University College London.

• She is author of A Mind Of Its Own: How you brain distorts and disceives.

Dr Cordelia Fine's public lecture, "Who's messing with my mind?", is on July 6, from 12 noon to 1pm, at the University of Otago St David St Lecture Theatre.

The previous day she talks on "Sex in the Brain?", 7.30pm to 8.30pm at the same venue, as part of the International Science Festival.

Theme: "Everyday Science - it's all in your head"
Focus: The human brain and sustainability issues
Location and time: Dunedin, July 5-13
Events: More than 300 planned