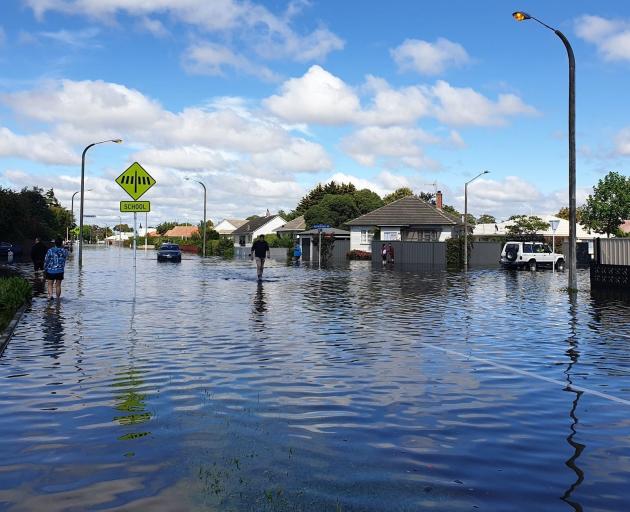 Flood and drought events rarely seem far from the news, even in a year that has been dominated by Covid-19. Most recently, November saw devastating floods in Napier. Meanwhile, Aucklanders have been worrying about their low water supplies for most of the year.

However, dramatic flood and drought events are nothing new. For example, the 1929 Leith flood caused major disruption and damage in Dunedin. The largest flood recorded on the Clutha occurred way back in 1878. At the other end of the scale, severe drought in Northland in 1964 resulted in almost four months of lost dairy production. So, it’s clearly not that unusual for flood and drought events to occur.

At the same time, we know that the world around us is getting warmer. Temperatures are rising in the atmosphere and the oceans at a dramatic pace. The 2010-2019 decade was the warmest ever recorded, as were the two previous decades. Temperature records continue to be broken, and 2020 is shaping up to be one of the two warmest years on record — despite the current La Nina event, which usually has a cooling effect.

We have a pretty clear idea why all this is happening too: release of fossil carbon into the atmosphere from the coal, oil and gas that are used to power our society. The big question is, how are higher temperatures connected to floods and droughts? The spectre of climate change is often raised in the media when there is an extreme weather event, but what is the science behind this? 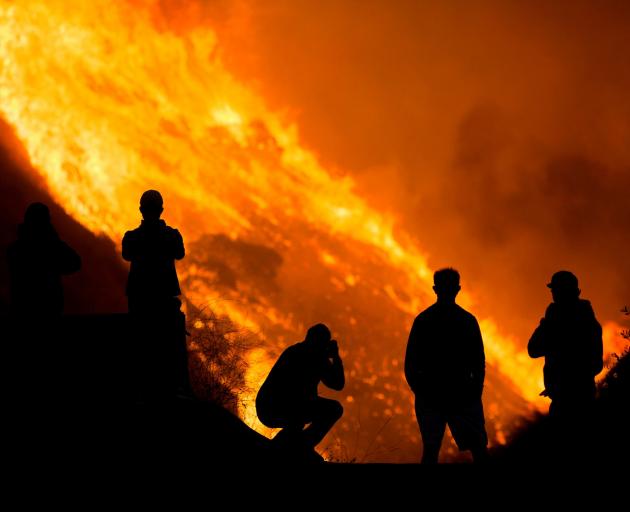 Residents are silhouetted as they watch the Blue Ridge Fire burning in Yorba Linda, California. PHOTO: REUTERS
Put simply, energy is needed to evaporate water from the planet’s surface. The amount of evaporated water the atmosphere can hold is determined by its temperature — a warmer atmosphere can hold more water. So, as evaporation becomes more vigorous under climate change we can expect our soils and rivers to dry out more quickly, speeding up the descent into drought conditions. At the same time, if the atmosphere can hold more water then heavy rain events should become heavier too.

So, what is the verdict on this actually happening? Have floods and droughts already started to get worse? Do these events really contribute to a climate emergency as recently declared by our government?

The science of climate change contains a lot of uncertainty (predicting the future always does), but some things are becoming increasingly apparent. Thanks to the ever-increasing power of computers, scientists can calculate the probability of certain weather events occurring in our present-day atmosphere, versus their probability in a pre-industrial equivalent (with all of that fossil carbon still in the ground). The results are pretty clear: extreme weather events such as the June 2015 floods in South Dunedin were more severe than they would have been without climate change. This sort of event will also become more severe as the world gets even warmer.

Alongside major changes in the amount of snow that gets stored in our mountains over winter and then released during spring and summer, we can expect a very different water cycle under climate change. Bearing in mind how dependent we and the natural world around us are on water resources, this is a serious situation requiring prompt attention — i.e., the Oxford English Dictionary definition of an emergency.

Without downplaying the very serious impacts of climate change on water, there are also more obvious ways that we influence floods, droughts, and water resources more generally. For example, flood defences were built around the Leith following the 1929 flood. The 2015 South Dunedin floods were likely exacerbated by poorly maintained infrastructure. Auckland is increasingly drawing water from the Waikato River to increase drought resilience. How water is used for farming and generating electricity is also hugely important for both floods and droughts.

So, overall the evidence indicates that climate change has already made droughts and floods more severe — and that these effects will grow in years to come. At the same time, there are many ways our society can reduce these impacts. Transitioning to a carbon neutral society is obviously a clear priority. But, more immediate water management changes are really important too — in terms of infrastructure, minimum flow level regulations, and more strategic policy directions around irrigation permits and hydropower. In short, we are living in a developing climate emergency, but there are plenty of ways to both reduce the size of this emergency, and our vulnerability to it.

- Dr Daniel Kingston is a senior lecturer in the University of Otago School of Geography and a member of He Kaupapa Hononga: Otago’s Climate Change Research Network. He is past president of the Meteorological Society of New Zealand.

The UN Office for Disaster Risk Reduction said 7,348 major disaster events occurred between 2000 and 2019, claiming 1.23 million lives, affecting 4.2 billion people, and costing the global economy some $2.97 trillion. A massive increase over the 4,212 major natural disasters recorded between 1980 and 1999.

In a joint foreword to the UN report, Mizutori and Debarati Guha-Sapir said,
“It is baffling that we willingly and knowingly continue to sow the seeds of our own destruction, despite the science and evidence that we are turning our only home into an uninhabitable hell for millions of people,”
They warned if extreme weather events continue to grow at the same rate over the next 20 years, “the future of mankind looks very bleak indeed”.