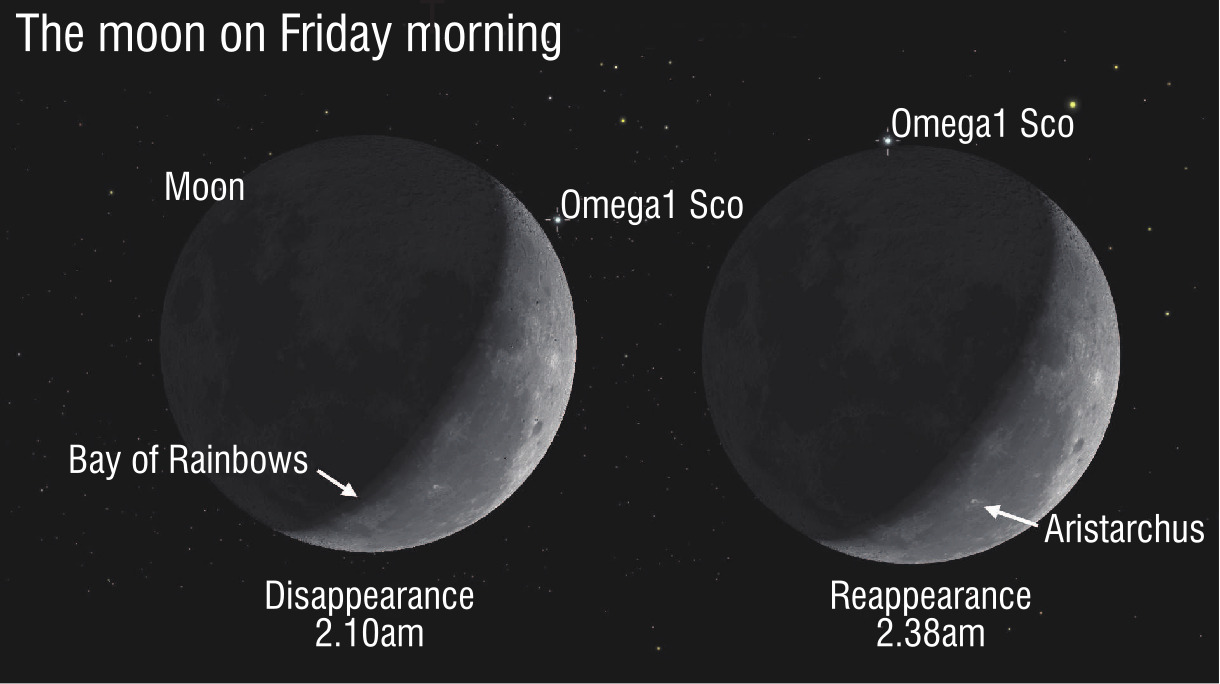 The last quarter phase of the moon is well worth studying, if you can manage the late night. IMAGE: SUPPLIED
The moon reaches its last quarter phase on January 26. To see our closest celestial neighbour this week, you will therefore have to stay up well past midnight when it clears the horizon.

While I am sure most readers would prefer to be snugly tucked up in bed in the post-midnight hours, the last quarter moon is well worth studying if you have access to binoculars or a small telescope. Watching the sun slowly set over lunar mountains and craters as the angle between earth moon and sun constantly changes can be absolutely fascinating.

If simply observing the moon for the fun of it isn’t exciting enough to tempt you, on Friday morning there’s a real treat in store for early rising (or late staying up!) Otago residents who are up for a bit of a challenge. Just after ten past two in the morning, the 24-day old waning crescent moon will pass in front of a fairly bright blue-white star called Omega1 Scorpii.

Astronomers call this event a lunar occultation. It is one of the easiest ways you can directly see the moon’s orbital motion around Earth.

The moon will be low in the sky, so you will need to find an observing spot with an unobstructed view of the eastern horizon. Because of the low altitude, you will need to have a pair of binoculars or a telescope to see the disappearance, which will take place just after 2.14am.

The star will instantaneously ‘‘blink’’ out of view as it disappears behind the bright lunar crescent. About 20 minutes after the star disappears, it will reappear from behind the dark lunar limb as the moon’s motion carries it away from the star.

Once the occultation is over, explore the bright lunar crescent.

On Friday morning the sun will be setting over the horseshoe-shaped ‘‘bay of rainbows’’ in the moon’s northern hemisphere. Also, check out the bright lunar impact crater Aristarchus. Deeper than the Grand Canyon, this crater is 40km across and was excavated by a large body hitting the moon more than 450million years ago.