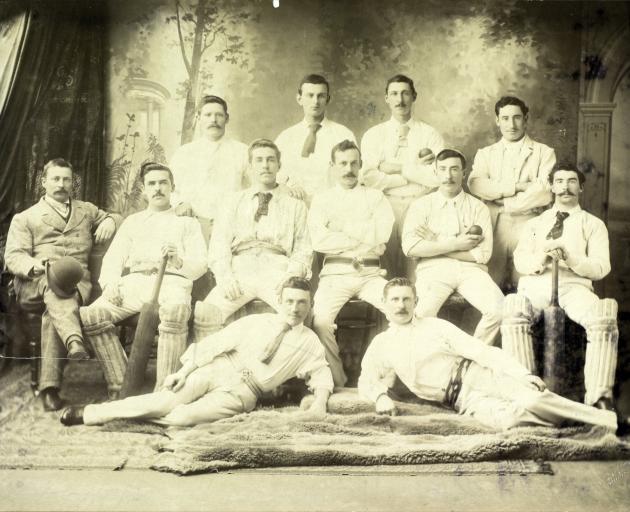 The Exchange Court background includes trees and a folly, an archway, a curtain and an animal pelt. Photos via the Hocken Collection
There's a lot going on in the background of the Hocken's photographic collection, writes Jen Anderson. 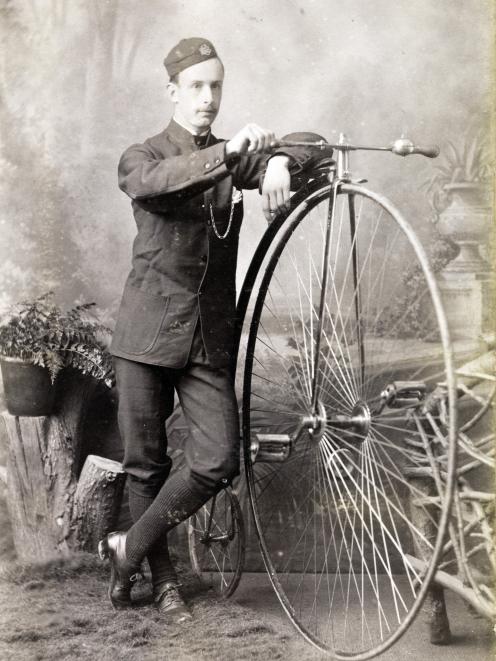 The Coxhead and Le Sueur portrait features a fern and proto-astroturf.
The Hocken's photographic collection includes more than a million historic images in a variety of formats, from lantern slides to digital files. The range of subject matter is enormous, but the portraits are particularly compelling, both because of the sitters and the incidental detail.

This picture of a cricket team (top) was taken by Exchange Court Studio, possibly around 1890. Initially the moustaches and fug of hair oil are overwhelming, but then other features assert themselves. Why is the club in front of trees and a folly? Where does the archway lead? What is going on behind that curtain? What is that pelt in the foreground?

Props and ornate backgrounds are often evident in studio portraits from the late 19th to the early 20th century, despite changes in fashions. One reason might be that people were aware of the social implications of distributing portraits. Photography blurs the distinction between public and private spheres. In the Otago Daily Times for January 9, 1863, one writer commented that "[t]he face you put on ... will be the one by which ... all who look into your friend's albums will know you". 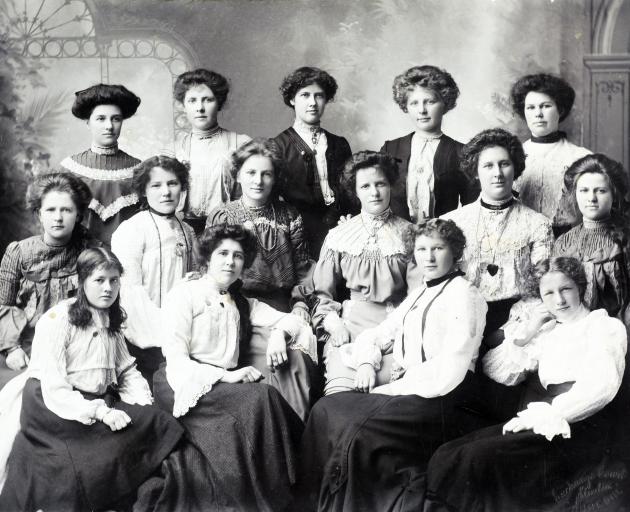 Studios posed sitters amid signifiers of wealth and taste, which makes sense. People would be happy to be photographed in a palace, regardless of their economic and social standing.

The image of the cricket club is from the peak of decorative backgrounds, but Hocken's collections illustrate changes in fashion.

In the 1860s portraits were simply set; often a plain wall, perhaps with high skirting board and drape to one side. The subject is generally seated, or standing by a chair. You may see a headrest to hold the sitter in position for the long photographic exposure. 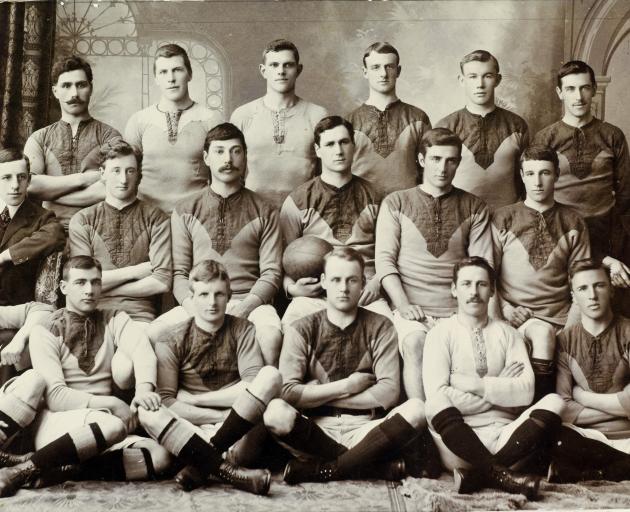 Both this Exchange Court photograph and the one of the Mornington Missionary Sewing Class (above) feature the same backdrop.
By the 1870s, backgrounds and props become more sophisticated. Photographic technology improved, reducing exposure times and allowing for more "natural" poses. Increased trade connections facilitated import of furnishings and props, while the quality of domestic production was also improving. Two trends emerged: the rustic form - rough-hewn bridge, stile, bench and background to simulate countryside; and the classical form, with columns, drapes and banisters.

It is not just objects that repeat in the photos; people enact standard poses as well. 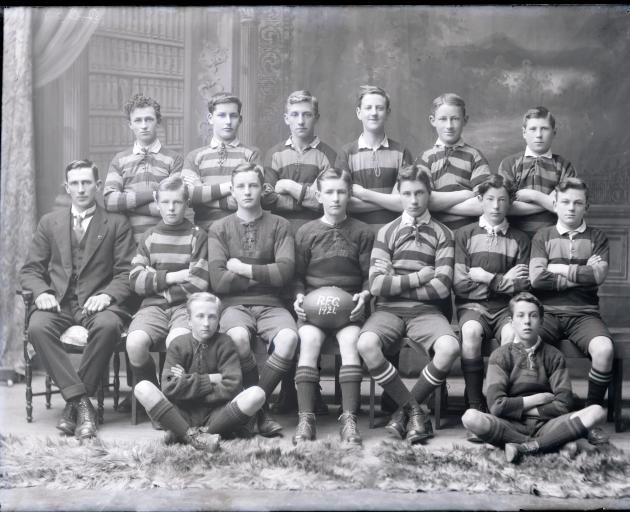 This De Maus image features a grand interior with the standard fur rug.
In the 1880s the look becomes even more rustic, with grasses, branches and artificial rocks or tree stumps. Often backgrounds and props seem incidental, even incongruous, to the sitter. Occasionally, they are thematically cohesive, as in the Coxhead and Le Sueur portrait of a man and his "penny-farthing" (above). Note the fern and proto-astroturf.

From the 1890s, backdrops have an air of the conservatory. The Exchange Court Photographic Studio version proved versatile, showcasing the Otago University Football team and (minus the pelt) the Mornington Missionary Sewing Class. Although Exchange Court operated several studios, all featured pictures were probably taken at the same location; the floral rug appears in both cricket and rugby team photographs, while the archway appears in all three images.

Studio portraits remained popular in the early 20th century, albeit with progressively simpler backgrounds, even as amateur photography became widely available. There are outliers, however, and some group photographs had lavish backgrounds even in the 1920s. The De Maus image of a schoolboy football team (below) features a grand interior along with the standard fur rug. Clearly the team is a sporting and cultural force to be reckoned with.

If you would like to see some of the photographs discussed in this article, then come and visit the Hocken Collections, 90 Anzac Ave, Dunedin, open Monday- Saturday 10am-5pm. Phone (03) 479-8868 or visit our website otago.ac.nz/hocken