Gareth George and Sam Broad enjoy their friendship in the Kaitoke Regional Park. PHOTO: CLARE FRASER
What is it about walking? Primarily, it’s a form of transport. But at times of distress walking can act like a giant cradle, rocking and soothing a frazzled nervous system, writes Clare Fraser. 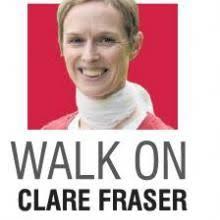 Recently a beloved brother, Steven, killed himself. Instantly, life became a horror show. What distress was he living, to then undergo the ultimate distress of acting against the instinct to preserve one’s life? His death itself is awful but the nature of it is horrendous.

Bereavement by suicide is like taking a full-body assault, like being bashed up violently but from the inside. What was once just heard about or read about, or sung of wistfully at the end of M*A*S*H, is now yours and yours to keep forever. Everything’s changed. There’s now a fifth season of the year that permanently colours the other four, in a nasty shade of soot. You’re living a nightmare version of your life. What should just be an over-catastrophised alternative reality is actual reality. Minus the funky headset.

Life’s full-body assaults happen all the time. At some stage, each of us gets to enter our own personal disaster zone. Everyone suffers. I quietly wonder if all of us, at one time or another, haven’t fantasised about the oblivion of oblivion. Sigmund Freud himself saw life as preparation for death, positing the "death instinct". Sometimes, merely coping becomes best case scenario.

That’s where physical movement can kick in, along with feeling others’ care.

Steven, son of Dunedin but resident of Wainuiomata, had two other brothers in nearby Wellington and a wide circle of friends. Mature modern men, some of them, including Steve, had had a warm evening of fun, deep chats and overtly verbalised care not long before Steve was compelled to take his life. His friends are traumatised too.

They’ve since developed a habit of going for group walks in Kaitoke Regional Park, supporting each other and enjoying their friendships, and asked me along.

Grief starts in the mind but lands in the body. For weeks, my airless lungs and pumped adrenals had been frozen in permafright. My tight torso actually ached. My system needed jump starting.

Walking’s rhythmic swaying and full breathing stepped in and did its stuff. The swinging of my arms and the twisting of my torso massaged my insides, ungluing and melting them with a warmth and normality. I had my first belly laugh for ages.

Apparently full breathing stimulates the vagus nerve. It’s the longest cranial nerve in the body and runs through the torso.

It carries information between the brain and the internal organs, helping calm the organs down after "fight-or-flight". When we breathe down low, using our diaphragm, we create pressure in our abdomen that stimulates the vagus nerve to do its thing.

So, as annoying as it can be to be told to "just breathe", especially if the person’s using a special breathy voice, there’s a truth to it.

There’s also something pretty powerful about feeling the love in times of crisis. Losing someone close can bring a sudden sense of loneliness. Loneliness is quite different from aloneness, which can sometimes be sheer luxury. To the contrary, a deceased person’s absence can leave a pinging loneliness, a sense of being suddenly separated from normal society. It’s eased by the knowledge that you’re not alone. Knowing other people have got your back and feeling their care makes all the difference in the world. Feeling their companionship at the same time as being lulled by nature’s loveliness, somehow intensifies the benefits of both.

We followed a river in Kaitoke Regional Park and one of our party jumped in. Another brother has been doing cold river dunks to cope and swears by it for interrupting the stomach’s leaden feeling. Perhaps the shock of the cold reboots the lungs. It feels like the same effect as a deep cry or huge laugh. By whatever mechanism, nature’s come to the rescue again.

All this said, I don’t want to be ableist: when once unwell for a year and a half, I knitted on the beach, and the repetitiveness had a soothing effect. Rhythm of any sort seems to rock us back to a peace and ease. 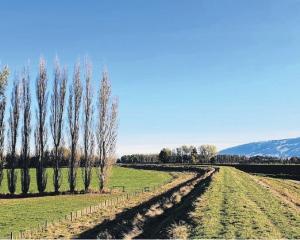 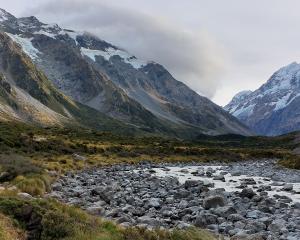 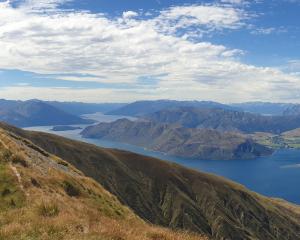 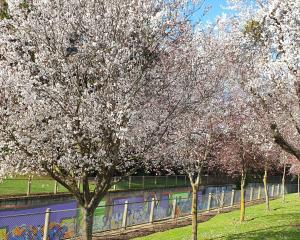 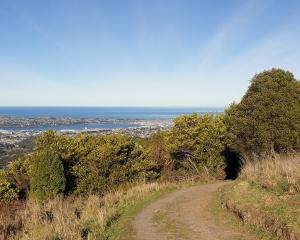 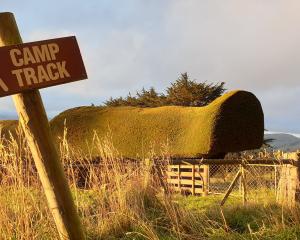