No mountain, no river 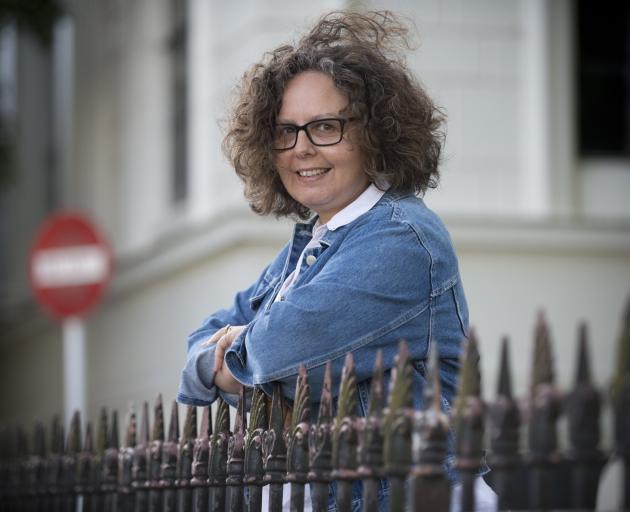 Dr Erica Newman says adoption laws have denied Maori adoptees and their descendants access to their birth-family history and, therefore, their identity. PHOTO: GERARD O’BRIEN
A truly personal story lies behind Erica Newman’s ground-breaking research that is helping reshape family relations in New Zealand. Bruce Munro talks to Dr Newman about why Māori adoptees and their descendants need a law change and asks what it means for all of us to forge identities grounded in Aotearoa New Zealand.

It is unexpected. But, probably, inevitable.

The mid-life, early-career academic looks confident, in control, sitting in the University of Otago’s de facto second staff club, the Otago Museum cafe. She has a doctoral degree; is a lecturer in Te Tumu — The School of Māori, Pacific and Indigenous Studies; she is conducting research that has won prestigious Marsden Grant funding and brought her to the notice of the Government; and, she is here to talk about her areas of expertise; interracial adoption laws and identity formation.

But, with the third question, tears well and her voice catches.

"Sorry about this," Dr Newman says, drawing a deep breath.

This is just how it is sometimes — when your life’s work is this personal.

Her decision to go to university, aged 30, and all she has done since, has been to understand her own place in the world — as the daughter of a Māori woman adopted by a Pākehā couple — and to help others find theirs.

"Identity is important, because it is who you are," Dr Newman says.

"As a descendant of an adoptee, I’ve always felt floating, not knowing exactly where I fit. Drifting around, not knowing how to ground myself."

Dr Newman’s mum, Beverly Thomas, and her life as a Māori pēpē put up for adoption, raised in a Pākehā world, is one of thousands of such cases; each a life-long mirror held up to New Zealand’s adoption laws.

The first adoption law in the British Empire was enacted in New Zealand, in 1881.

Prior to European arrival, the closest Māori equivalent was whāngai — children raised by whānau or hapū members in response to a need of the parents or the guardians. It was always done openly, with full knowledge of all parties.

In 1910, whāngai was officially abolished by colonial law but, in practice, continued.

From 1915 onwards, for Māori and Pākehā adoptions, it became harder to get copies of adoptee’s birth certificates.

Secrecy continued to creep in. 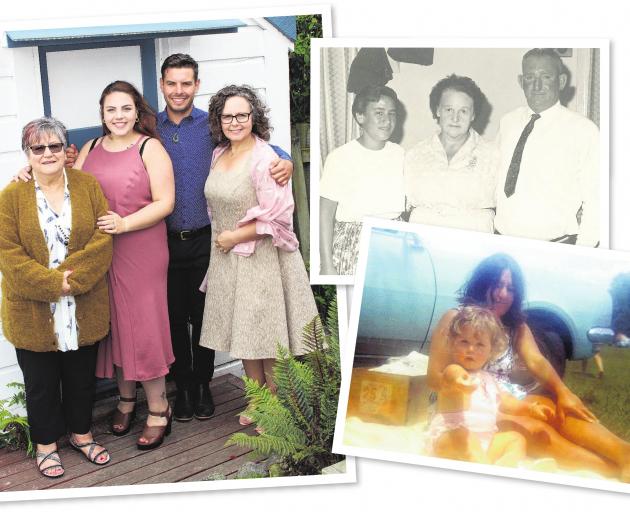 At the same time, advertising children for adoption was common.

One day in 1948, New Zealand radio icon Aunt Daisy, as was her regular habit, read out on her nationwide show the details of a Māori baby girl available for adoption. It was Dr Newman’s mother, Beverly.

Beverly was 6 weeks old when she was placed in the care of Onehunga, Auckland, Pākehā couple, Erica and Harry Thomas. They adopted Beverly in 1950 and raised her as their own.

Beverly knew nothing of her birth mother or father — not even to which iwi they, and therefore she, belonged.

In 1951, there were 1552 official adoptions in New Zealand, of which 147 were Māori. A decade later, the annual figure would be more than twice that number.

When Beverly was 7, the 1955 Adoption Act extended and codified the secrecy, Dr Newman says. The Act was built on the "complete break theory" — the idea that it was better for the birth mother, the child and the adoptive parents if there was no knowledge and no contact. Under the 1955 Act, adoption records were permanently sealed and ties completely severed. This was despite reservations expressed by Māori Land Court judges.

By the late-1970s, those underpinning assumptions were being challenged but persisted.

During the next decade, the Maatua whāngai programme was developed so that Māori children could be placed within their own culture.

The 1985 Adult Adoption Act opened the door a little further, giving Māori and Pākehā adoptees and birth parents some limited rights to information about each other.

Now, almost seven decades after the 1955 Act, all New Zealand’s adoption laws are being reviewed. And they do need to change, Dr Newman has told the Government.

Because of her own upbringing, Beverly naturally raised her children, Dr Newman and her brother, the only way she knew, as Pākehā.

"We always knew we were Māori, but didn’t know what that actually meant," Dr Newman says with feeling.

Dr Newman vividly recalls, at high school, in Papakura, South Auckland, in the 1980s, wanting to take Māori as a subject but feeling too embarrassed because of her light complexion.

It was not until Dr Newman was 30, and found herself in the university town of Dunedin, with two children of her own, that she decided it was time to tentatively explore the Māori world.

"It’s not the ideal way to learn about your own culture. It would have been much better to have been raised in te ao Māori."

Identity is of fundamental importance. And identity can only be built on the past, Dr Newman says.

"Our identity is formed by our experiences, the relationships we have and the history that comes with it.

"You can build a new identity. But by the time you get there, it is based on what you have done to get to that identity."

Not knowing your past — as was the case for so many Māori adoptees in Pākehā families, and their descendants — can have a detrimental effect on a person’s sense of identity, leaving them insecure about where they belong.

The model is made of four walls — taha whānau (family), taha wairua (spiritual), taha hinengaro (mental) and taha tinana (physical). If one of these walls has a crack it can upset the stability of the whare.

"So, for adoptees, the unknown whānau and the spiritual disconnection to taha Māori and the effect these both have on mental wellbeing (which can also have an effect on your physical wellbeing) means that your whare tapa whā is unstable.

"Understanding your cultural identity can help repair this. But the journey itself is not an easy one for adoptees and their descendants."

Dr Newman’s bachelor of arts degree led to a master’s, then a PhD exploring colonial adoption practices in Fiji, and beyond to lecturing and ongoing research.

"My MA thesis was about identity formation for Māori adoptees.

"That was for me to get an understanding of my own situation, with my mum being adopted — how adoption laws in New Zealand happened, why the adoption occurred and why Māori children were placed with non-Māori families.

"At the end of my thesis, I wrote a chapter on the next generation. It was from that that I developed this Marsden Fund project looking at descendants of Māori adoptees who are searching for their tūrangawaewae."

For the first time, the negative impact these adoption practices have had on individuals’ sense of identity has been collated and documented with academic rigour.

The degrees, the research, her own search for information about her origins, have yielded some personal answers, some private understanding.

Dr Newman’s mother sees her own identity primarily in terms of her Christian faith, but has taken an active and encouraging role in her daughter’s quest.

Beverly had applied for access to her adoption information in 1997. That information included a first name recorded as the father. But, because the name was not written on the actual birth certificate, privacy laws prevented her being given the name.

It was not until 2016, with Dr Newman’s help, that Beverly was given her father’s first name and other information about her adoption. Her mother, it transpired, was Pākehā and her father was Māori. Beverley was one of several siblings, the only one with Māori heritage.

Because the first name did not help identify Beverley’s father, Dr Newman and then Beverley had DNA tests, in 2019 and 2020.

That produced a close match; a relative of Beverly’s biological father.

A relationship with that person, a woman who does not live in New Zealand, is being built slowly.

"We’ve known all along that there is unknown family out there. But, for her, we’ve come out of the blue."

Beverly and Dr Newman now know they have affiliations to Ngā Puhi.

"I do have some information now ... but I don’t know my  hapū or my pēpēha or my marae," Dr Newman says.

"I do feel a little more grounded."

For Māori, being able to trace your whakapapa gives access to myriad stories and information that ground your identity in the land and its history.

"You can say, my ancestor, my tūpuna, is this person here. And that is why I am like this, because I have the same traits as him."

It begs the question, what does that mean for people who are not tangata whenua but live in this land? Do they have to look offshore, or is there a way for tangata Tiriti, Treaty people, to also forge identities grounded in the history, including the pre-European history, of Aotearoa New Zealand?

"The place of tangata Tiriti here is by way of the Treaty of Waitangi. Under article three of the Treaty they have citizenship. I think that is a matter to be celebrated and treasured," Ellison says.

"People may refer back to their places of origin, but fundamentally they are New Zealanders.

"The pre-European history and tradition sets the context for our place in the South Pacific, a matter for tangata Tiriti to acknowledge and celebrate — and build their identity in that context."

Dr Newman’s arduous journey has helped her gain a greater sense of identity. But there was no good reason why it had to be so difficult, she says.

"The adoptee didn’t do anything wrong, yet under the existing legislation they are the ones who are affected the most and have to negotiate with everyone and face many challenges.

"It is hard, having to go to government agencies for information about yourself."

She is helping ensure adoption is not an alienating, ghosting, experience for future generations of adoptees and their descendants.

The Government’s review of New Zealand’s adoption laws began last year. The aim, the Ministry of Justice says, is to create a system that provides strong safeguards and puts the best interest of tamariki at the heart of adoption laws.

"I hope to be able to work with them in establishing safe pathways for adoptees and their descendants to gain information about their adoption, or their parents’ adoption."

There is no need for secrecy in the system, she says.

"For the child to understand who they are — for those who do want to know — they should be able to go and see what information there is about their adoption."

It is an opinion that, if it prevails, will restore the approach favoured by judges of the Māori Land Court almost 70 years ago.

They criticised the 1955 shift to secrecy, preferring practices "in keeping with the Māori idea that an adoption was a public act that should be known to all".