To begin with, I thought this whole thing could quite possibly have been my fault. 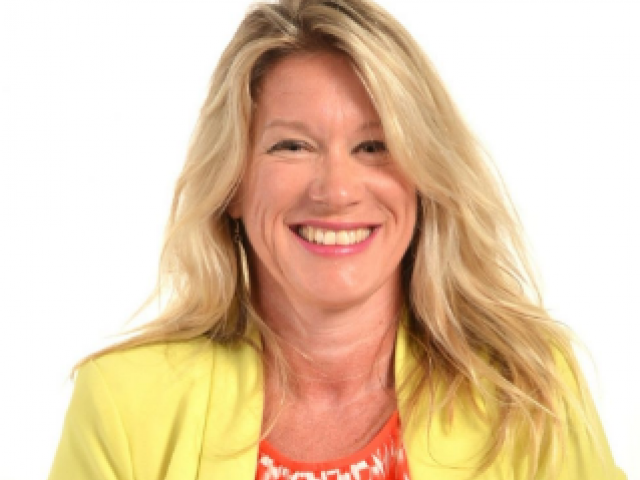 Lisa Scott
There have been certain times in my life when it seemed my Irish grandmother might have been right, that I was a tad fey — spooky occurrences which hinted I may possess mystical witchy-poo powers beyond my control. A woman who’d done me wrong lost most of her index finger in a freak accident; someone wrote a mean post about one of my columns and died the very next day ... so after having moaned on wanting some down time, understandably my first reaction to Covid-19 was guilt. But I did go to a Catholic high school, so I feel guilty about pretty much everything. Grandma might have mistaken vague for fey — in which case the only Irish attribute I possess is a love of sweeping.

Like the rest of you, I found the first days of lockdown hard. I started talking to myself 37 minutes into working from home. "Hope you’re well" quickly took on ominous tones. I cried when I saw capsicums at the supermarket individually wrapped in plastic and my wardrobe’s devolution was swift: I went from proper dressed for my 8.30am Zoom meeting to yoga pants to putting my hair in a bun and calling it work mode. Now I just don’t turn the video on. It has become glaring apparent that I simply do not own enough leisure wear to get me through this, and that I should have got a dog.

On the upside, the garden doesn’t know what’s hit it and yesterday I used the food processor for the first time. And with outside the new foreign country, did we ever get so much pleasure from little things? Oooh look, leaves!

While I’m not responsible for this I am being responsible during it: my day job means I’m involved in Waitaki’s response to Covid-19 and it’s been a real eye opener. Not the way people have been carrying on, some people will always be dicks; if a meteor was due to hit in 12 hours they’d still buy all the chocolate hummus and cough on you while they did it ... no, I mean the way ordinary Joes and Josephines have stood up from their La-Z-Boy chairs, muted the telly, dropped their cloak of ordinary and revealed themselves to be superheroes.

This is happening all over the country, in towns small and large. Up until now, these totally-under-the-radar people would periodically dust the Batphone, charge the batteries in the Batmobile and maybe do some chin-ups in the garage with one hand while otherwise going about their daily business as Mr and Mrs Nobody In Particular.

It’s not until things like this happen that emergency management teams swing into action, CDEMs activate and folks whose normal jobs are as innocuous as stapling paper together turn out to be secret ninjas. You didn’t know how cool they were because they’re not braggers. They speak in acronyms, spitting them out staccato and if, like me, you’re lucky enough to have a window on to it, you start to realise New Zealand is a nation of strong, sensible types, calm in a crisis; that we are a country of Jacindas, possessing cool heads and calm voices — people whose reaction to a new difficulty isn’t, "What fresh hell is this!?!", but methodical problem-solving. I tell you, it tranquillises me just being around them, however virtually, and I’ve been going a bit Tiger King* until your teeth fall out over here.

And then there are those in our community who didn’t know they were heroes until they had to be: from the teenage supermarket staff who are sweet to the panicked and have to decontaminate when they get home to mum, the cops who wave as I’m puffing up the hill, back from my daily bike around the empty cobbles of Oamaru’s Victorian precinct (ghosted now by the living as much as their forefathers), the long-haul drivers with nary a loo from stop to stop, to our local taxi company, which seems to consist of just one guy. You want to hug them. I just shout at them instead. "You make my day! You rule! I love you!"

We’ll get through this, thanks to these ordinary heroes. And each other. We can be heroes too, and not just for one day. Not in capes, but baggy sweats and unwashed hair, with the odd burst of tears during a downward dog done while watching a live yoga class in your living room. It’s OK. We’re OK. They’ve got this.

* The only thing crazier than Trump right now, a must-watch series on Netflix.

Across the Great Divide, a tribe did it. Either the Prots or the Doolans. You can tell the Prots by their sacrilegious work attendance on Holy Days; the Doolans' livestock, which is to say Weka, wander around covertly visited baches all Easter. Disgrace.