Pedal power to the people 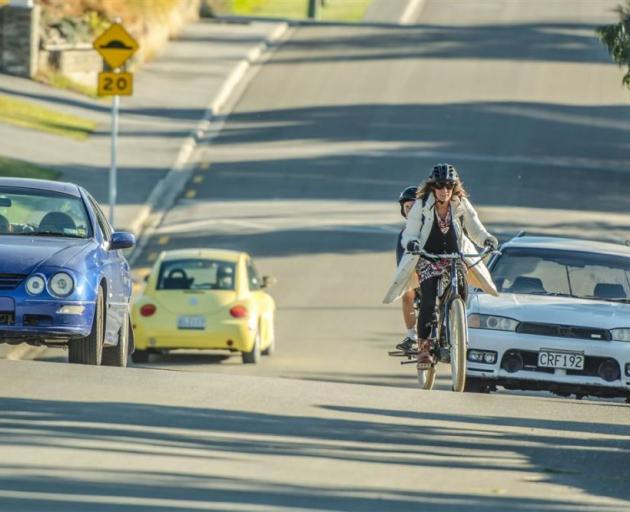 Electricity can also power your pedals, as Gina Dempster discovers. 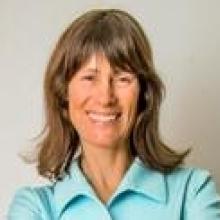 I didn't expect buying an electric bike to create an identity crisis. Having to examine my travel behaviours made me think pretty hard about who I am.

Who I wanted to be is a stylish trendsetter zipping around town with no cares in the world. Who I actually am is a mother-shaped camel, carrying food, belongings and children from A to B, and then on to C.

I'd really liked the idea of an electric bike for ages, but I finally committed to it after I went to a Cromwell "Thinking for the future'' lunch about the regional effects of climate change.

A member of the audience stood up and asked all of us to think about what we were actually doing to reduce climate change.

Who had solar power? Hardly anyone.

Who was driving an electric car? Hardly anyone.

It really inspired me to do something to reduce my carbon emissions. But it had to be something that I could fit into my life without making me feel deprived or burdened.

Yes, you could see it as the perfect excuse to spend quite a lot of money on a really fun toy, but I prefer to think of it as minimising the use of my car for the benefit of the environment.

I've always ridden my bike to get places.

I usually rode to work (sometimes past the primary school so my youngest child could ride too), two or three times a week.

But there were so many times that I had to take the car. And for one simple reason: to move stuff! Guitars, children, food, friends of children, bikes, stuff they'd left behind. So much stuff!

To even get close to being a one-car family, I had to accept my role as camel, and even embrace it.

I realised that, like a camel, I regularly crossed the desert of State Highway 6 to reach the oasis of Wanaka and the supermarket.

Like a camel, I carried life and death supplies (God forbid we run out of peanut butter!).

And like a camel, I could be short-tempered and snappy when arriving at the final destination, especially if my children happened to be sitting on the couch and didn't leap up to help unload the shopping.

So I chose an electric cargo bike with a very long carrier that can carry heavy loads or a passenger.

I felt lucky to get one second-hand that had been loved and maintained by the owner of an electric bike shop.

It's long and bulky and I love it. It's not super-fast, the top speed is about 30kmh (if I pedal hard), which suits me perfectly.

The first time you get on an electric bike, it seems as if there's a lot to co-ordinate.

There's a level of "assist'', which sets the extra push you get from the motor. Some bikes also have a throttle that gives you an extra kick for hills or intersections.

When you first push the pedals, the bike seems to jump away as if it has a mind of its own. But you soon get used to that and once you're riding, you get that sense of freedom you had as a child on a bike.

Hills are as much fun going up as going down.

And it's hard not to smirk when you pass someone in lycra working harder than you are.

Since I bought my electric bike nearly three weeks ago, I've driven my car only once.

To be honest I don't know how I'll go through the cold months of June and July, with Wanaka frosts and dark mornings.

But with all the petrol money I've saved, I can justify buying myself a fabulous pair of warm, waterproof boots.

Some I tried got closer to 40kmh, which felt pretty damn fast.

You can control the amount of "assist'' (or push from the motor) through a panel on the handlebars. That means you can make the pedalling as hard or easy as you like, but you do have to pedal.

Some bikes, especially big cargo bikes, also have a throttle for additional power.

To be an electric bike in New Zealand, the motor has to be 300W or less and the bike has to be muscle-powered, meaning you have to pedal.

If it fits those rules, there is no registration or licence required.

The average range is about 60kmh, but you can get a bigger battery with more range if you pay more.

A battery that's been used a lot will hold less charge, but will still be fine for local trips. You recharge by plugging the battery into a domestic plug.

Because you're not doing all the work, you can comfortably carry a lot more gear on any electric bike: laptops, spare shoes.

There are so many stylish panniers, baskets and accessories to choose from that it's dangerous to your wallet.

Good Rotations in Wanaka has a great range.

Bikes range from $1880 (for the nippy Volto from Blueskin Bikes in Warrington) upwards. Think of it as in investment in fun and the environment!

A top-of-the-range Moustache will set you back about $5000; a new cargo bike is about the same.

My advice would be to ride as many bikes as you can before deciding. The sellers I talked to were all passionate and knowledgeable, and were happy to lend out demo bikes:

• Blueskin Bikes in Warrington and the Valley Community Workspace in Dunedin valleyworkspace.org