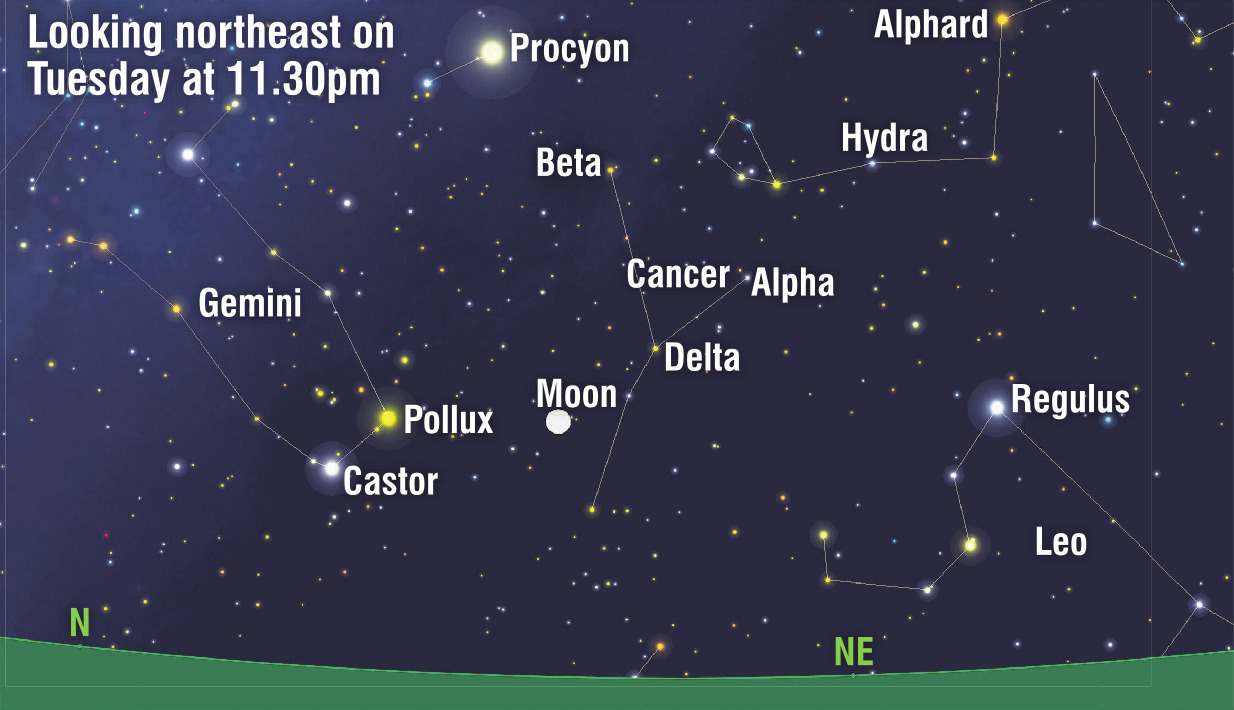 When the 99.6% illuminated moon rises that night it will make a splendid sight for those with an unobstructed view of the northeastern horizon.

In Dunedin, moonrise takes place at 10pm and I hope to get some lovely pictures of the moon rising over the ocean from my favourite observing sight atop Otago Peninsula.

Incidentally, you may be surprised to learn that while the full moon appears very bright to our eyes, that does not mean its surface is particularly reflective. The moon reflects just 12% of the sunlight that hits its surface — roughly the same as worn asphalt.

The full moon is not usually regarded as a great time to stargaze.

Bright moonlight washes out many dimmer stars, making them hard to see.

However, for novice astronomers, full moon can actually be a great time to identify constellations. That is because only the brighter stars are visible to the naked eye, which makes it easier to pick out patterns in the sky.

This month’s full moon is located in the constellation of Cancer. According to legend, this unimpressive y-shaped group of stars represents a crab that attacked Greek hero Hercules while he battled multi-headed serpent Hydra.

Although Cancer does not contain many bright stars, it is home to a fascinating star cluster astronomers call ‘‘the beehive’’. You will need binoculars to find it.

Focus your binoculars on the moon and then slowly scan up towards the star Delta. Approximately two-thirds of the way to Delta you will come across the delightful tight-knit cluster.

While Cancer has few bright stars, the surrounding constellations of Gemini, Leo and Canis Major more than make up for it by teeming with beautiful celestial gems.

Try to see if you can spot the different colours of yellow-white Procyon, orange-yellow Pollux, orange Alphard and blue-white Regulus.